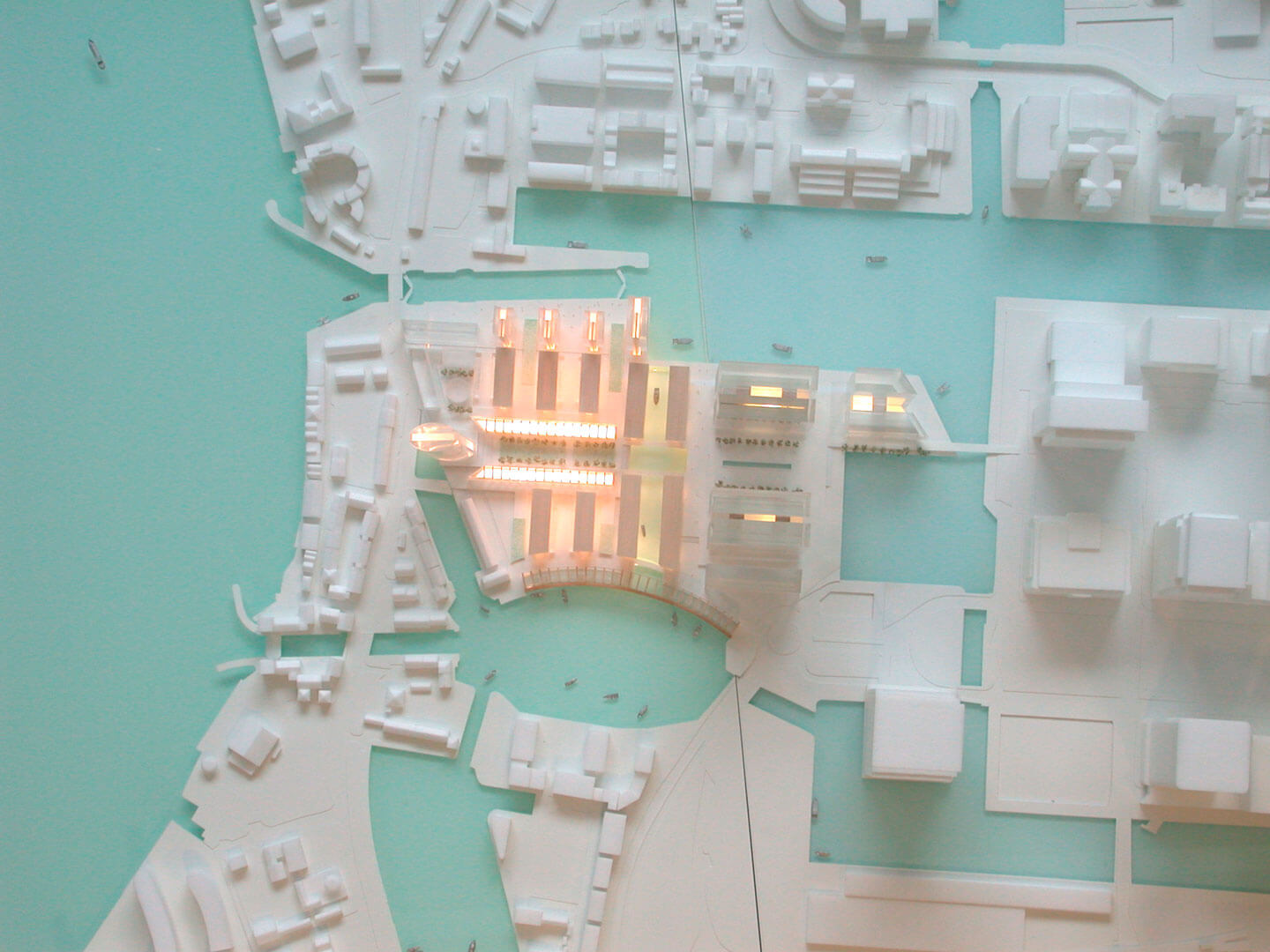 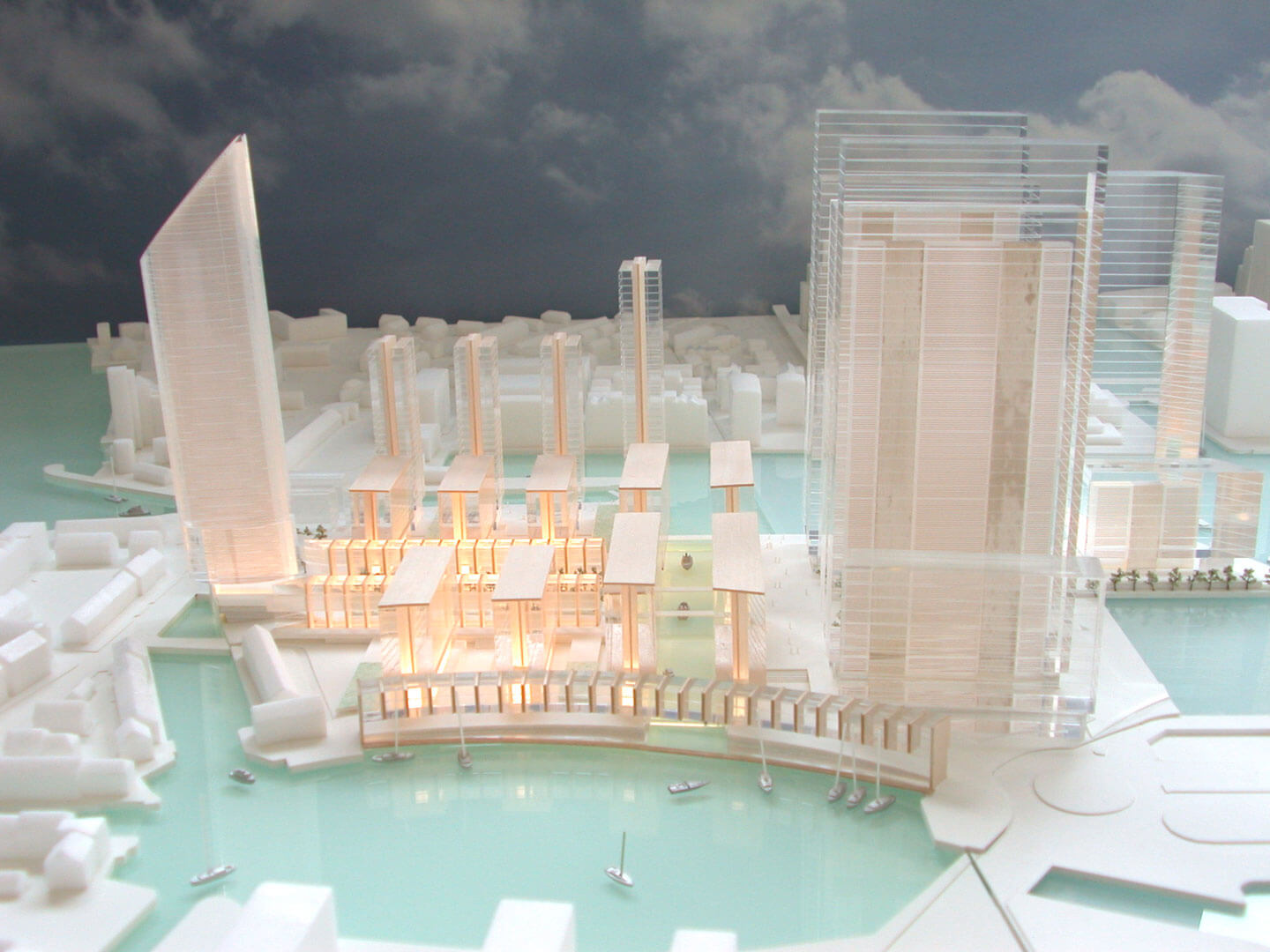 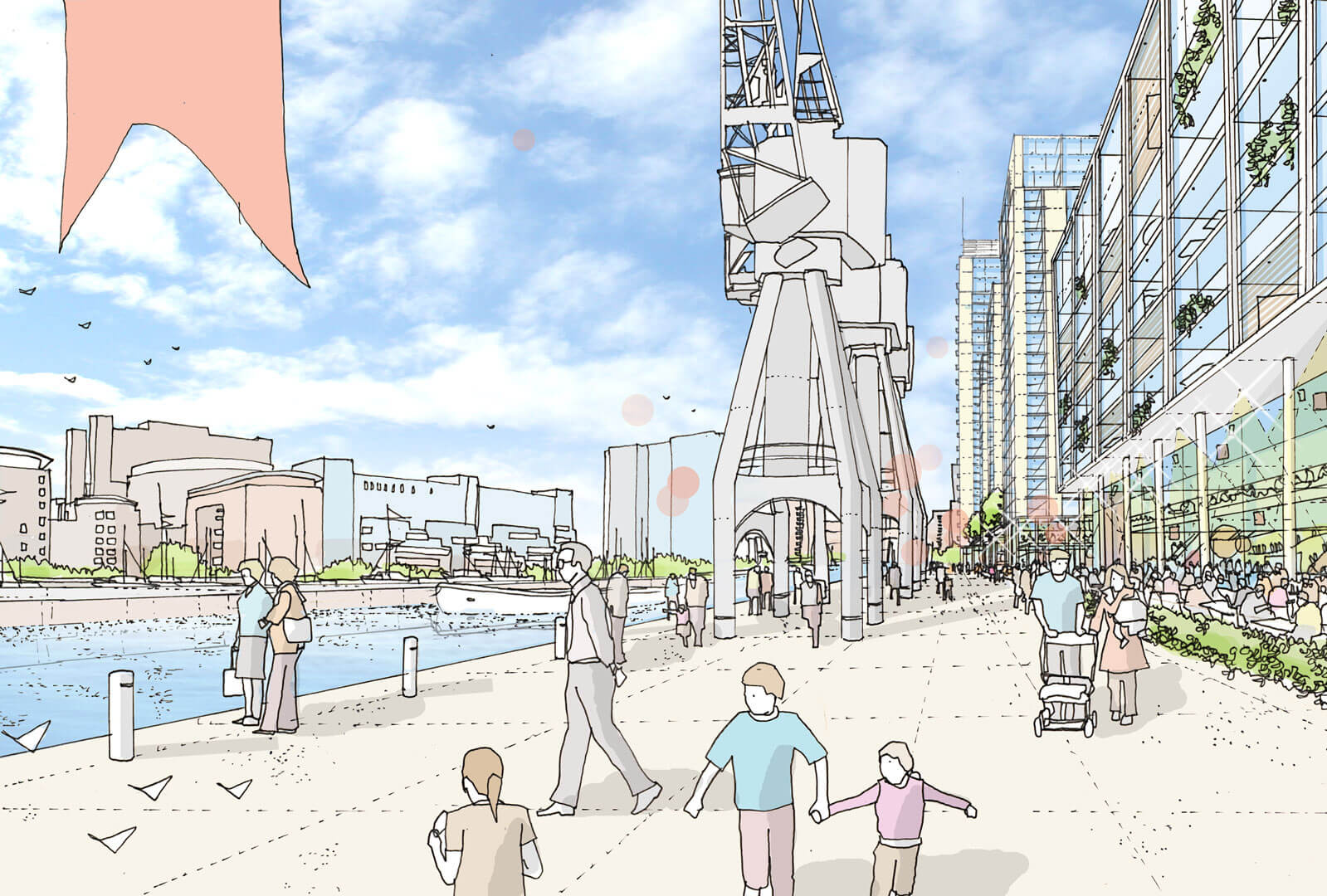 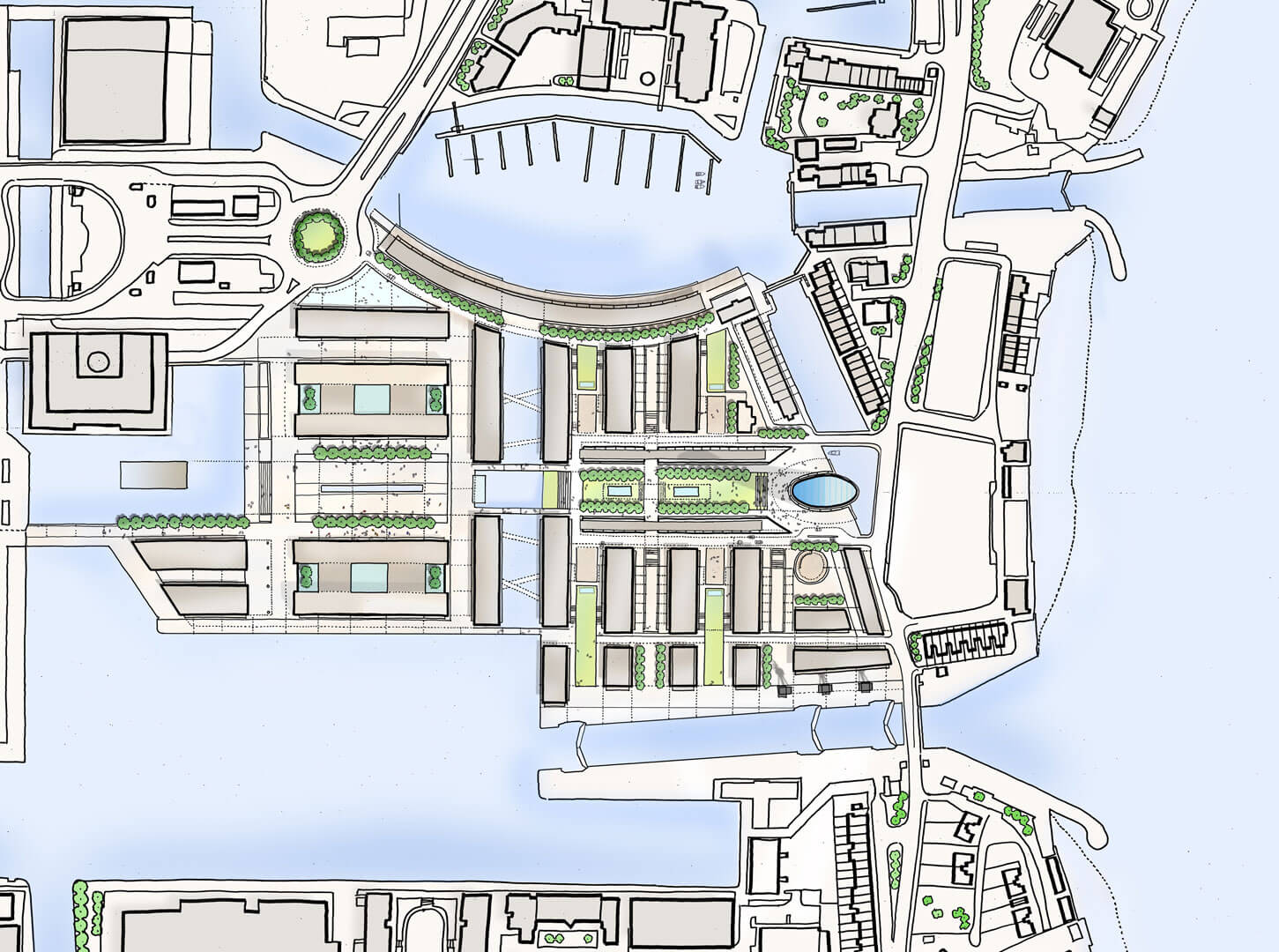 The practice was approached to design a developmental framework for Wood Wharf, a large area east of Canary Wharf, to create a vibrant and sustainable environment which would extend the business district eastwards, and provide complementary residential, retail and leisure uses.

Squire and Partners’ proposals address the established east-west axis providing a linear park incorporating a new central square, which becomes the principal organisational device for the site. Four separate water spaces retain their individual characters whilst being connected by a new canal. Two raised podium bridges are proposed – one for vehicular traffic and one for pedestrians – under which boats are able to pass.

A primary split between the areas east and west of the canal, locates commercial development where it visually connects with Canary Wharf, and residential development on the eastern portion. The scale of the development also diminishes from west to east – two forty storey office buildings provide the landmarks, whilst smaller buildings drop in scale as they move eastwards.