The Studio, 10a Greencoat PlaceImages1  /  Information 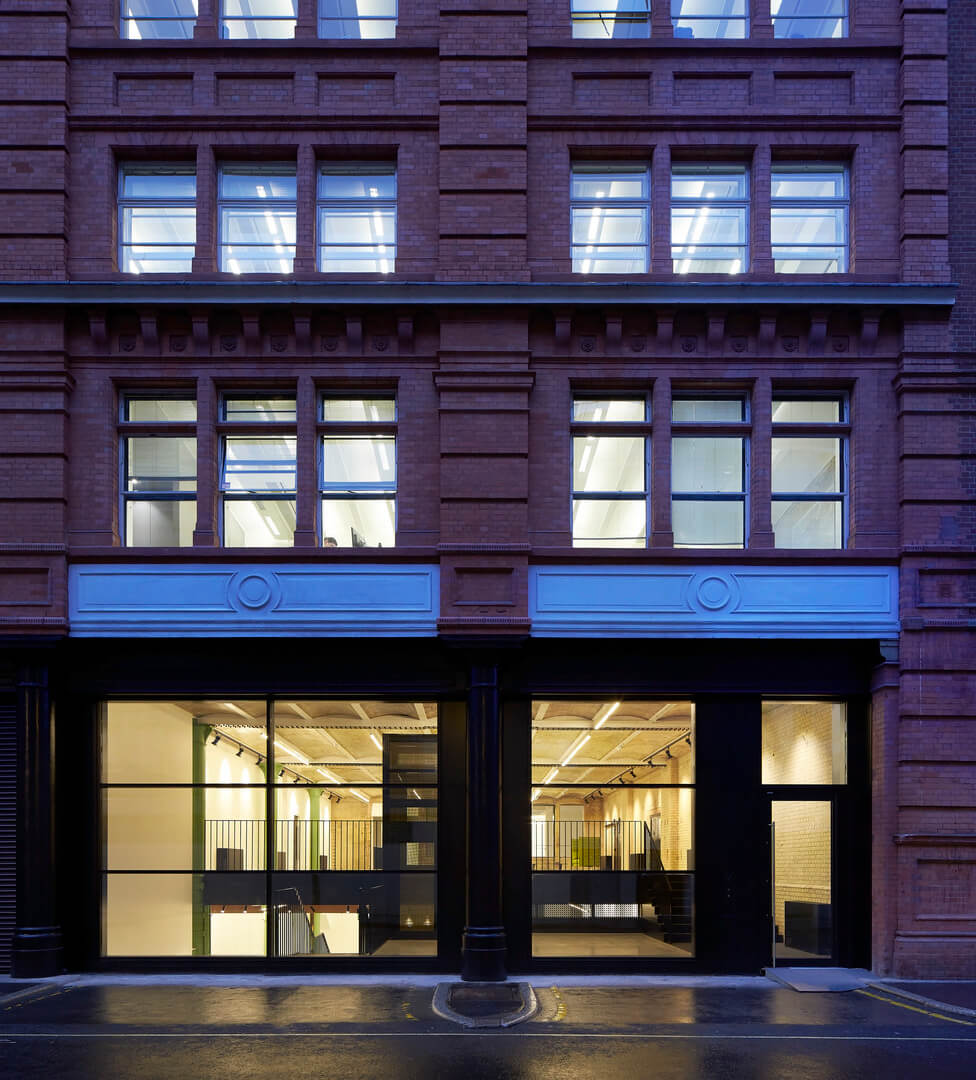 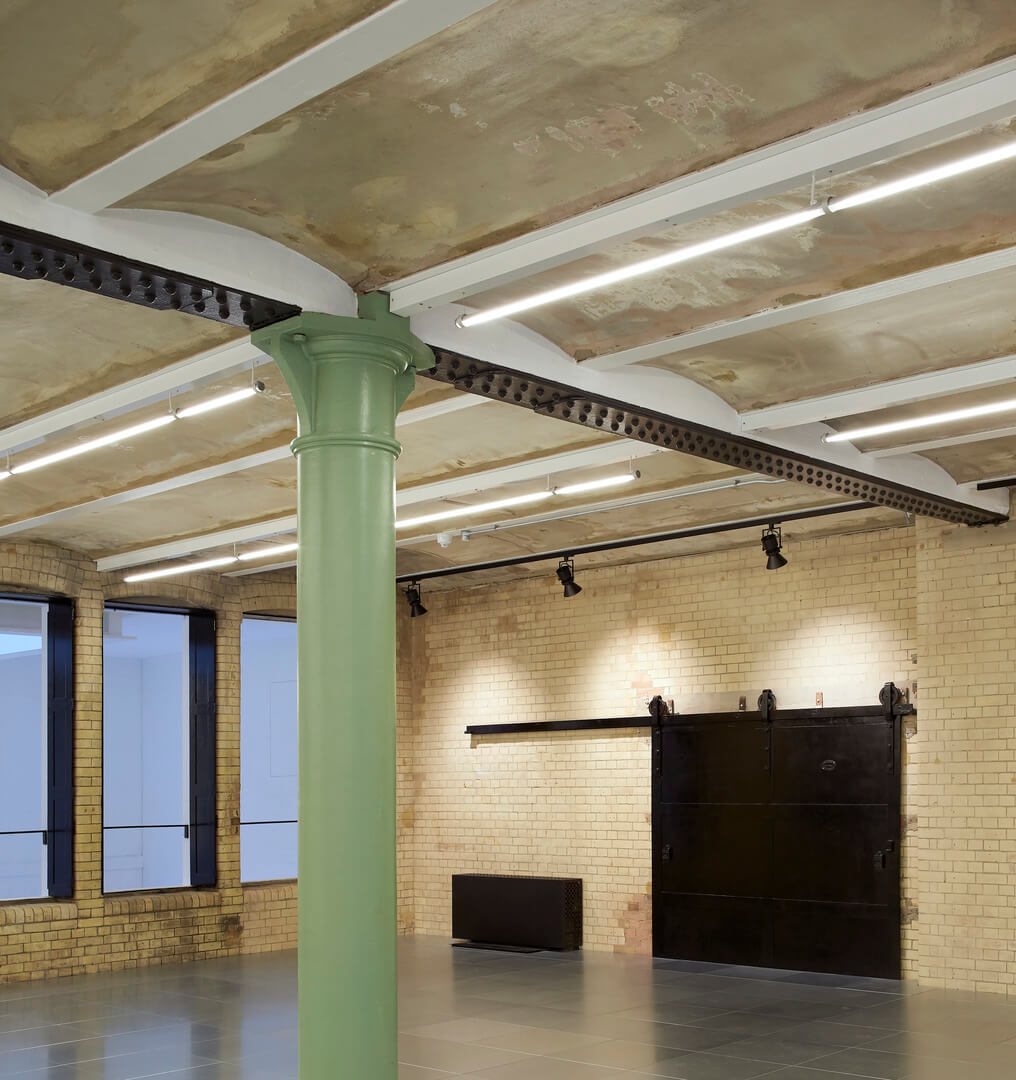 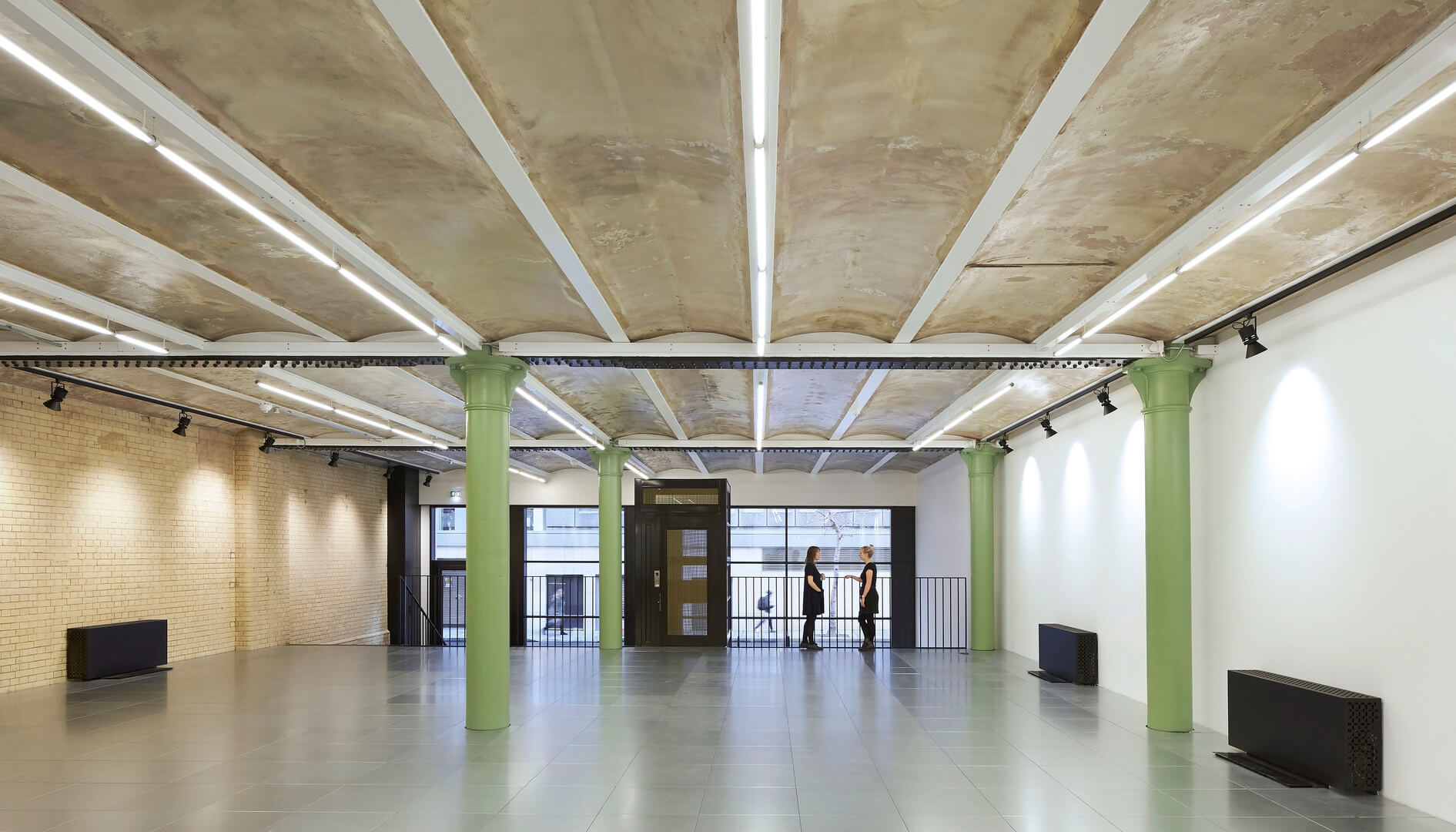 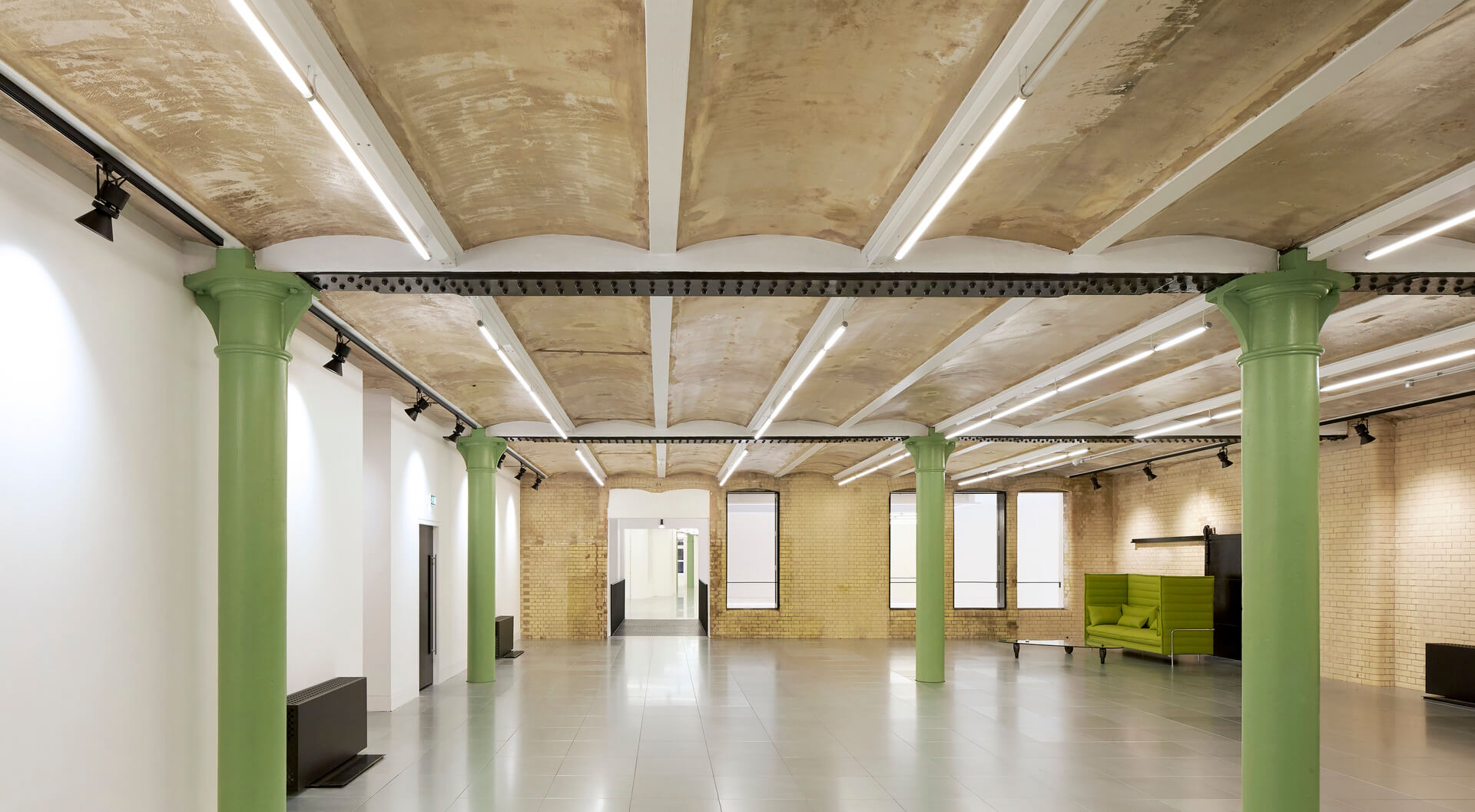 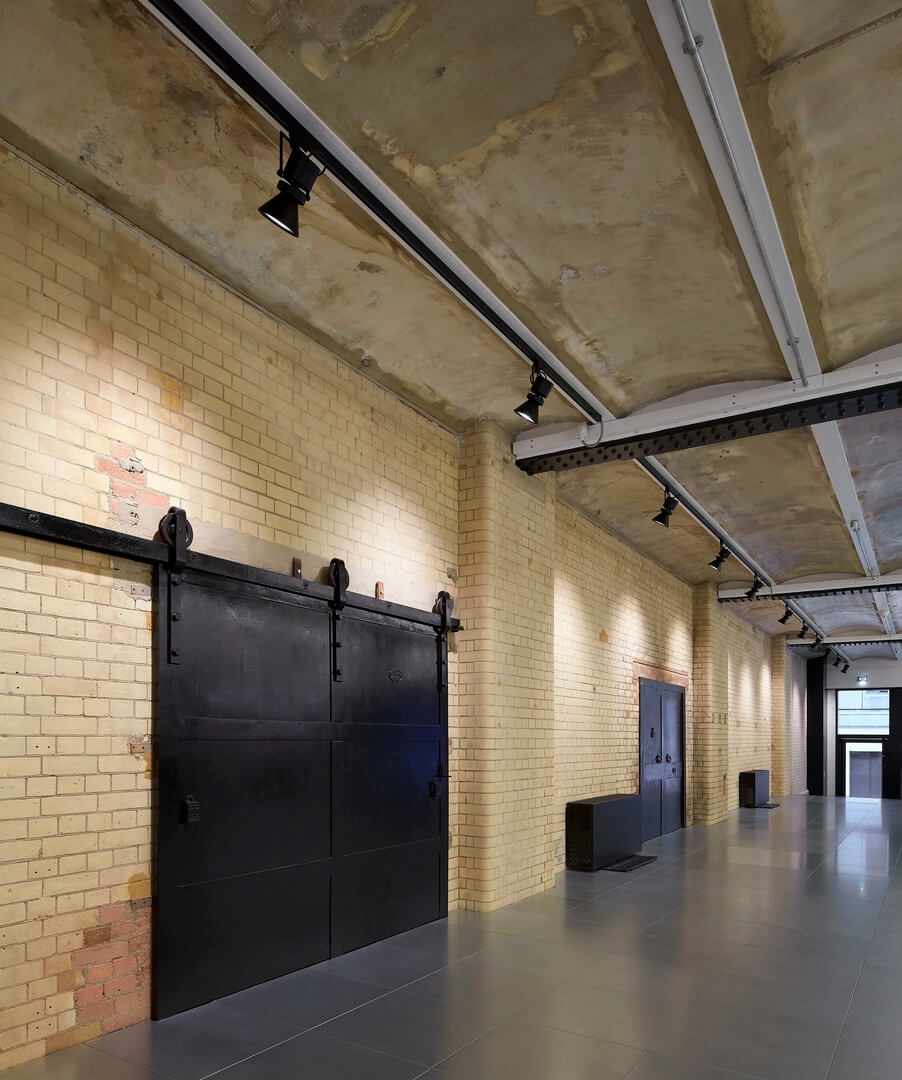 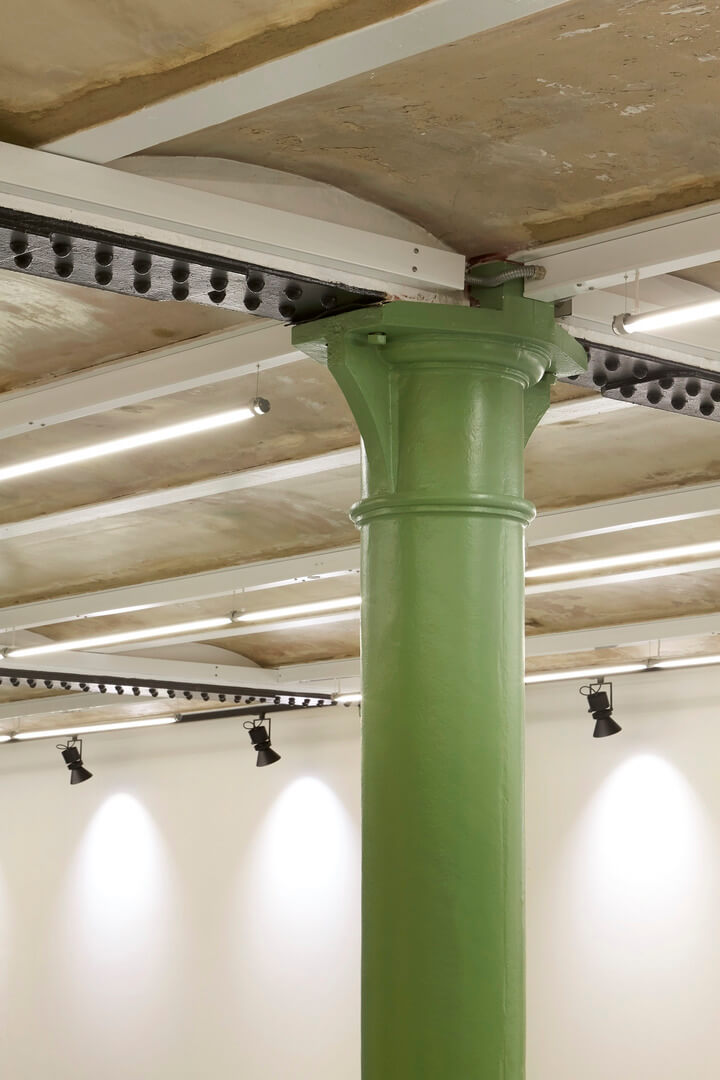 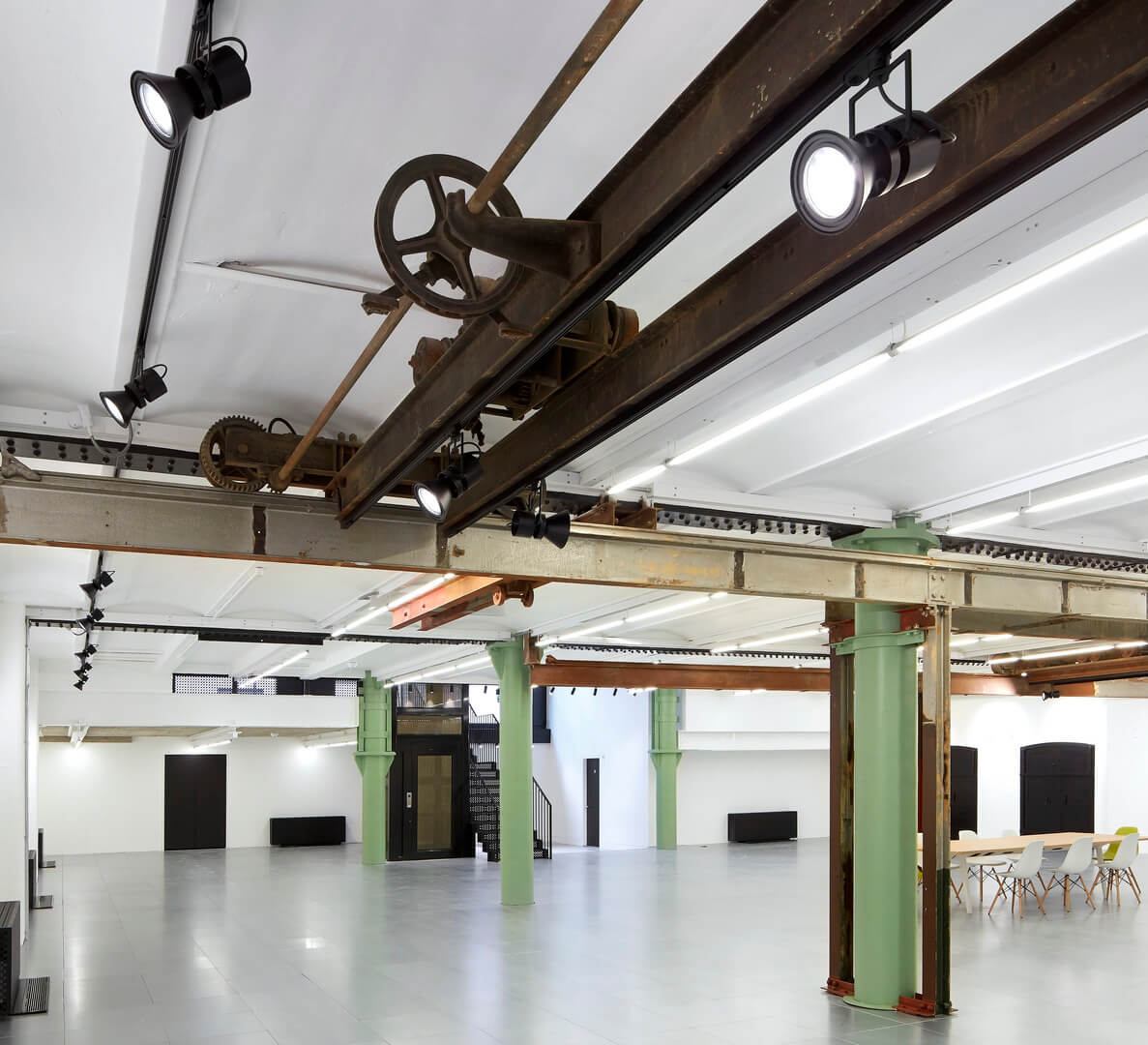 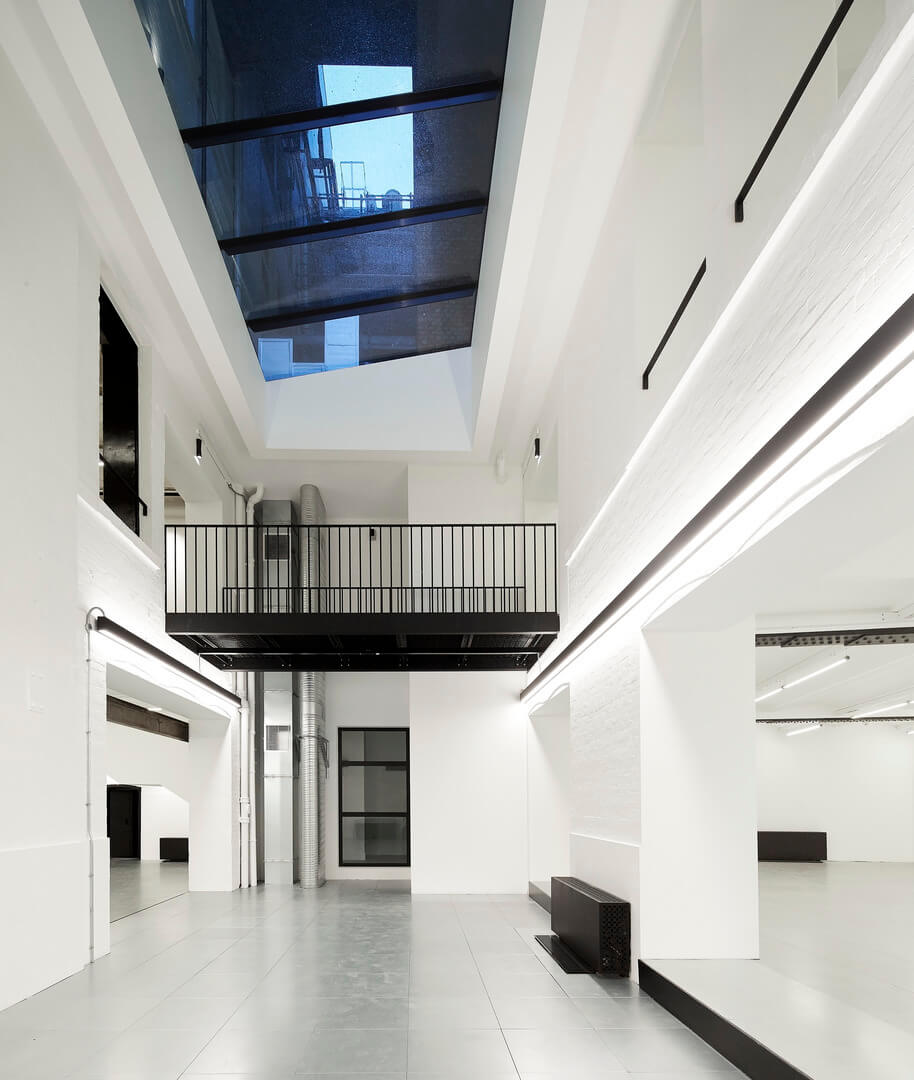 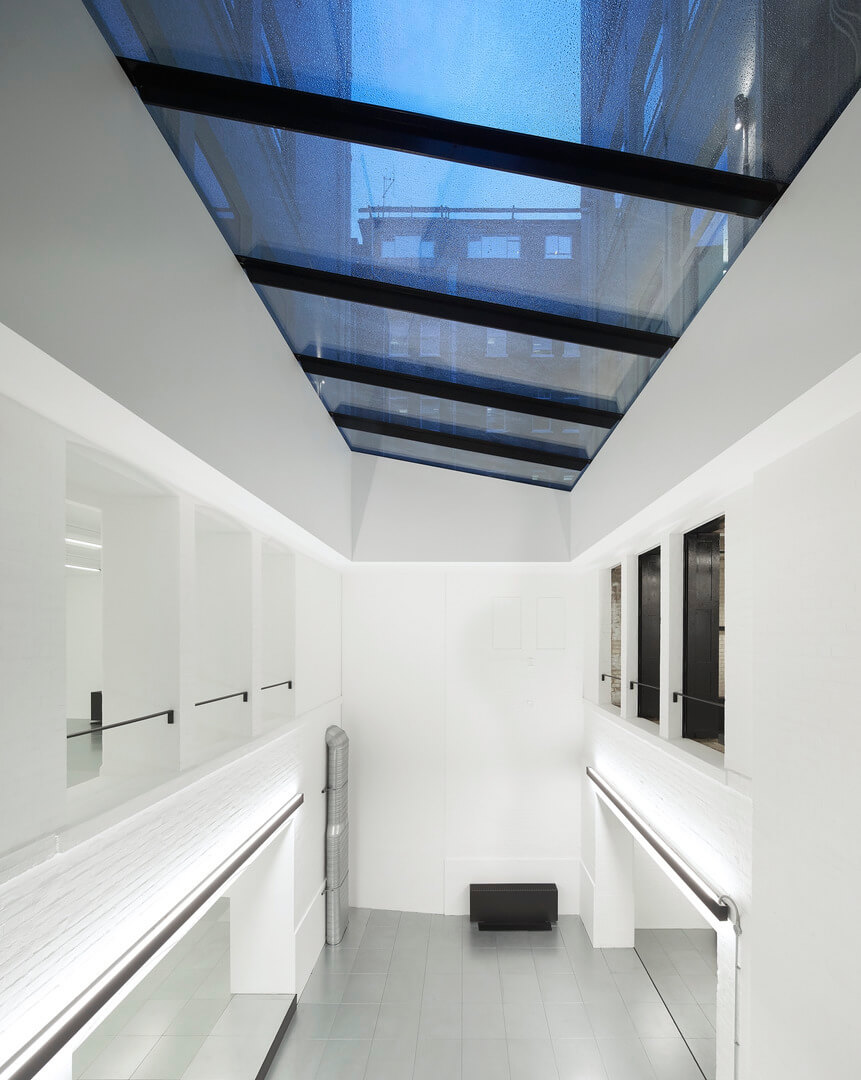 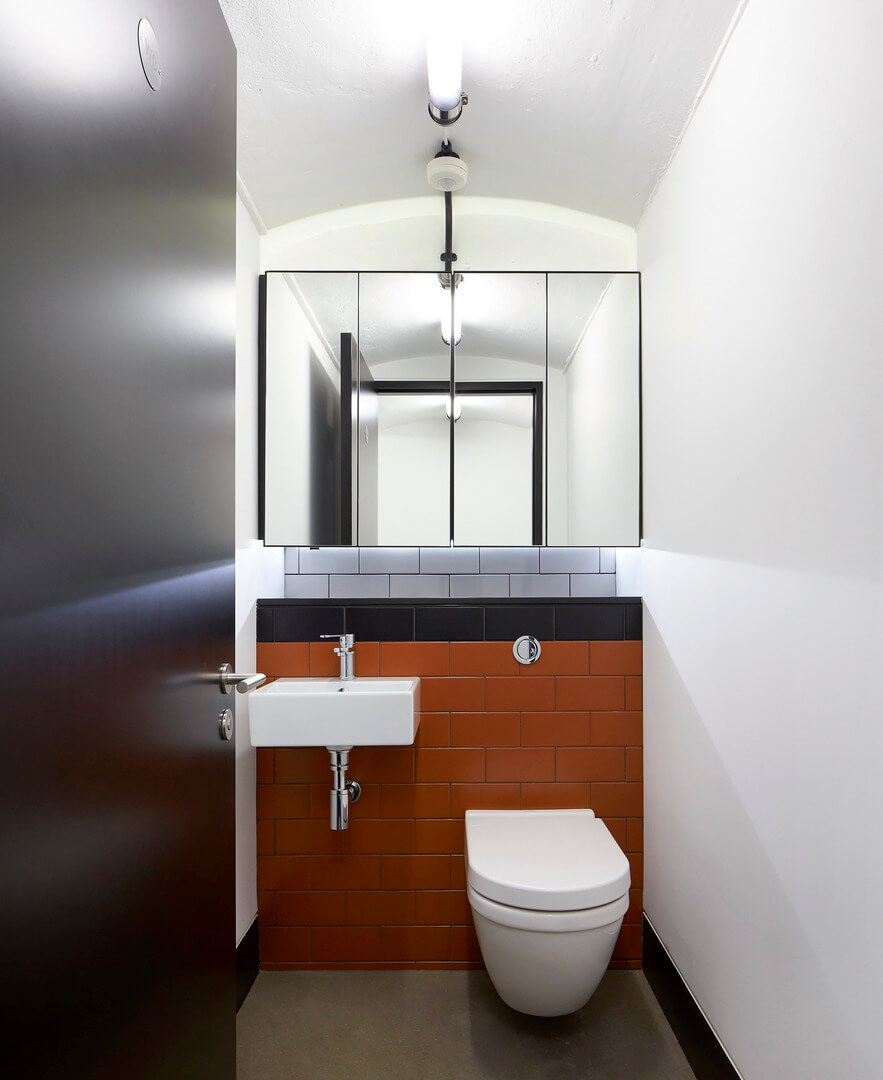 The Studio was created by revitalising a former Victorian depository to provide bespoke open plan office with an animated street frontage. The industrial character of the building was a strong influence on the design, which sought to retain elements of the robust structure. Existing features such as vaulted concrete ceilings, brick walls and ochre coloured lifting beams were exposed to their raw state, and highlighted with modern light fittings, while other industrial mechanisms such as sliding doors, pulleys and window shutters were refurbished.

The reception area has a polished concrete floor leading to two matt black patterned steel staircases, while a platform lift is encased with two layers of patterned mesh in fine brass and black copper plate. Office spaces at lower and upper ground levels are linked by a top lit central lightwell spanned by a black steel bridge.

Original Victorian colours found within the building informed a palette for feature elements such as structural beams in Signal Black and cast iron columns in Colchester Lathe Green. Inspiration was taken from existing patterns and motifs to create a series of contemporary elements including bespoke laser-cut casings for heating/cooling units and patterned floor tiles in the WC’s.