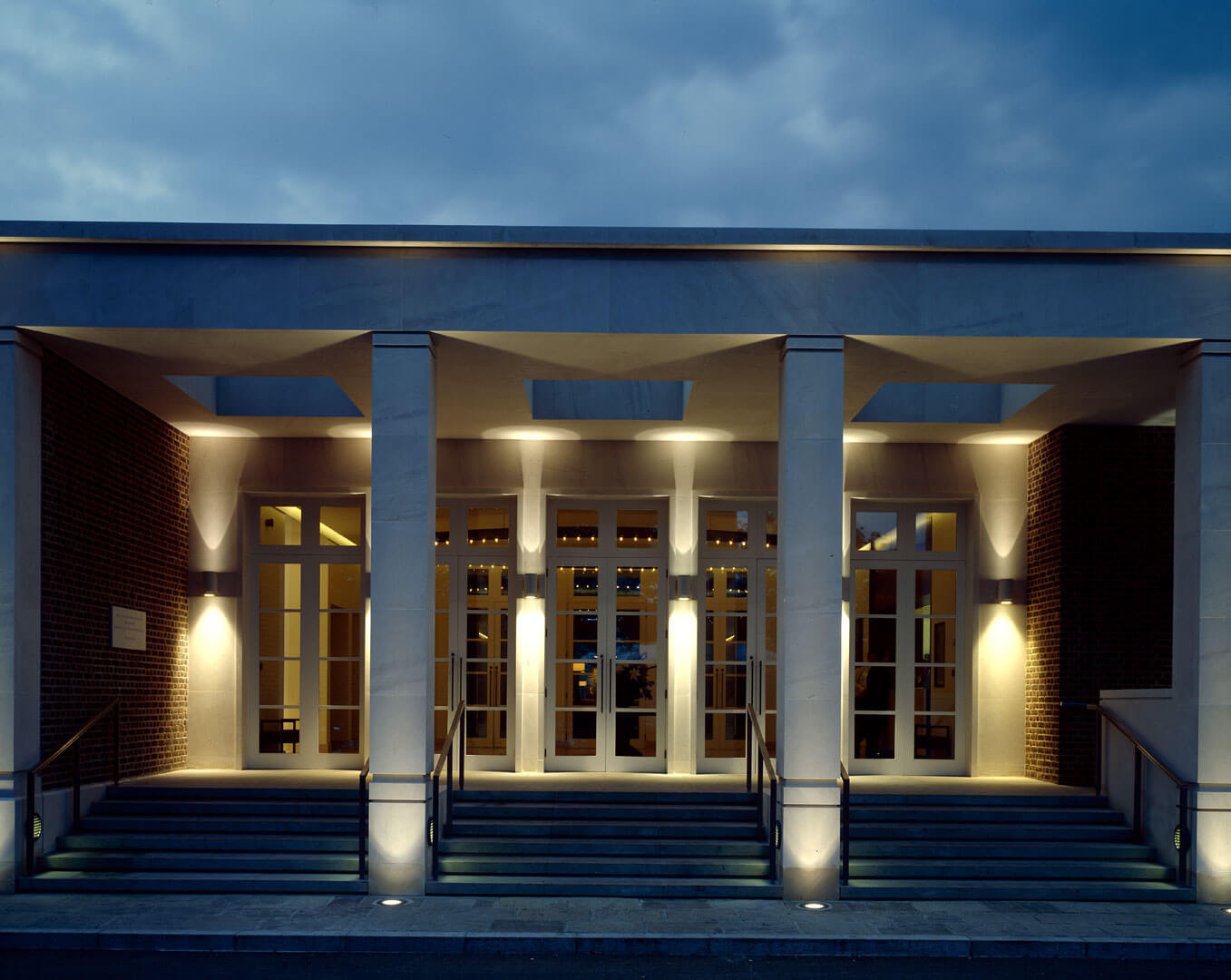 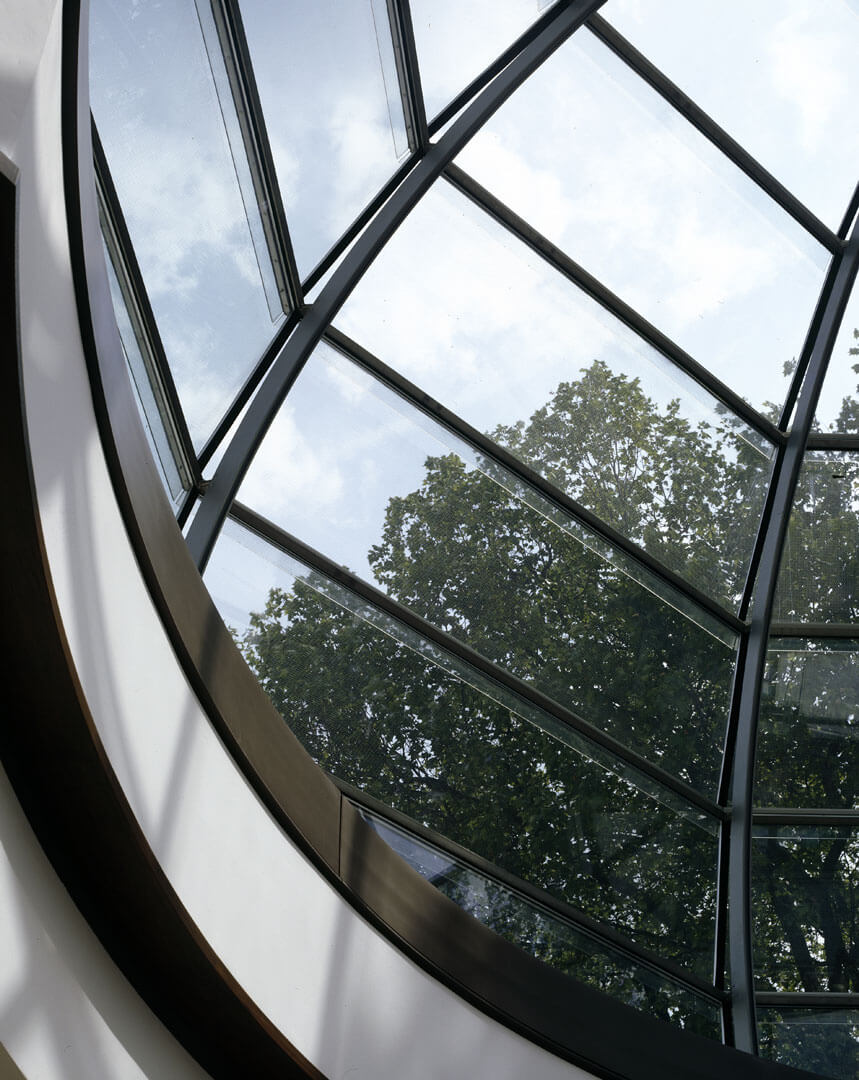 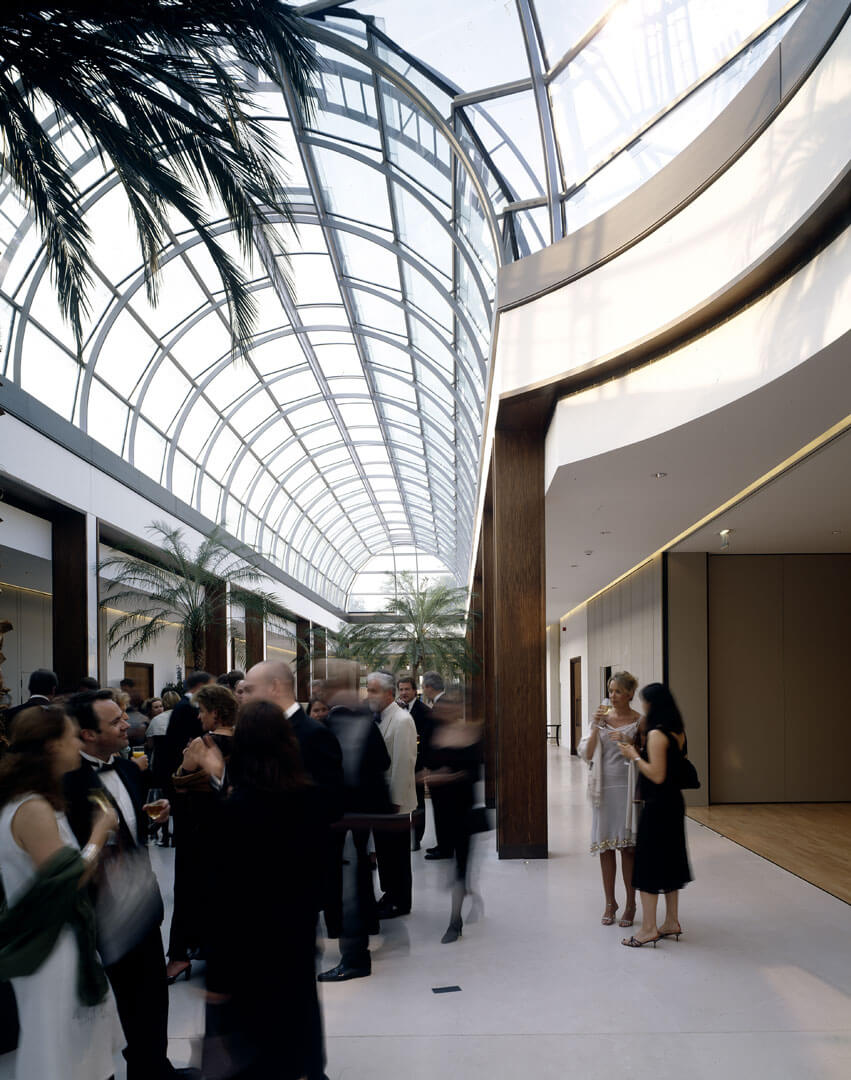 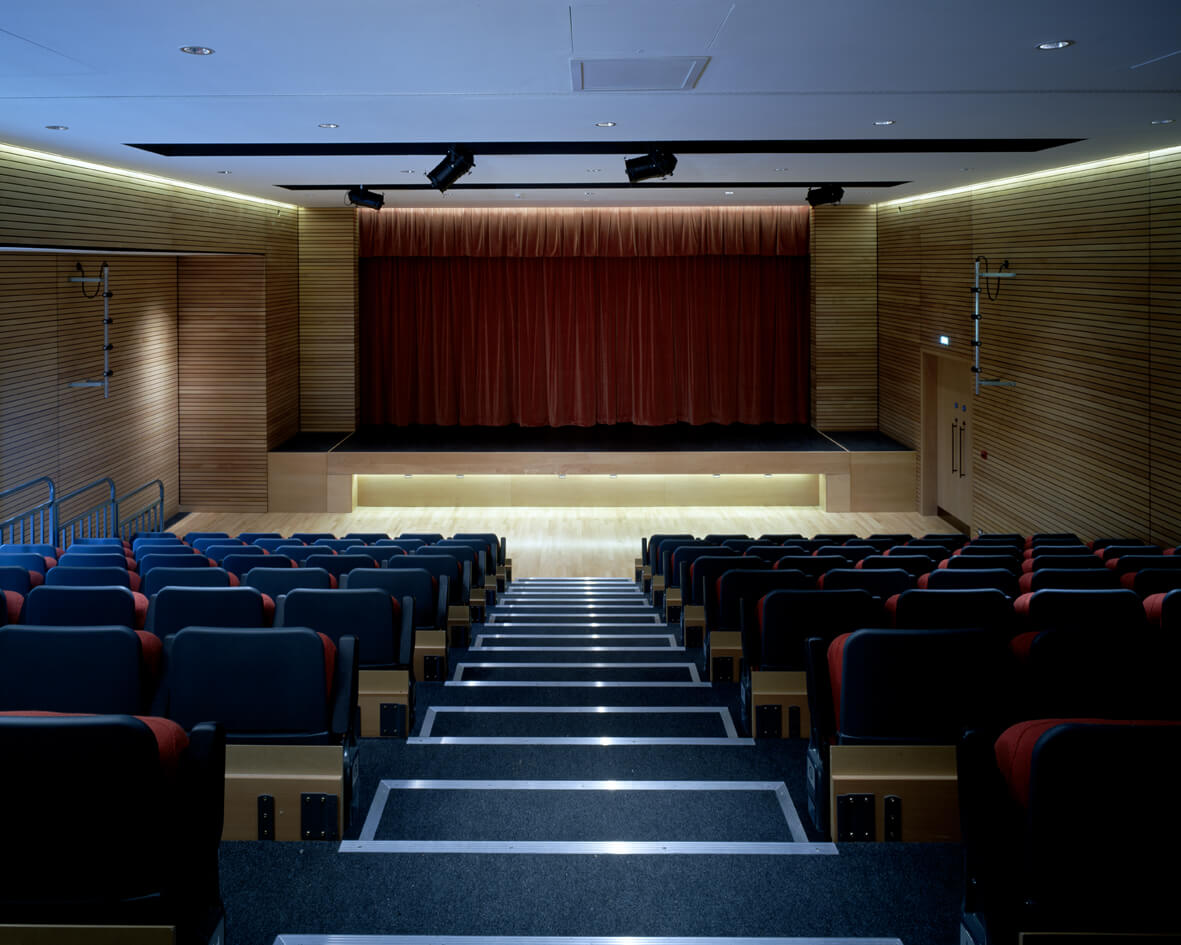 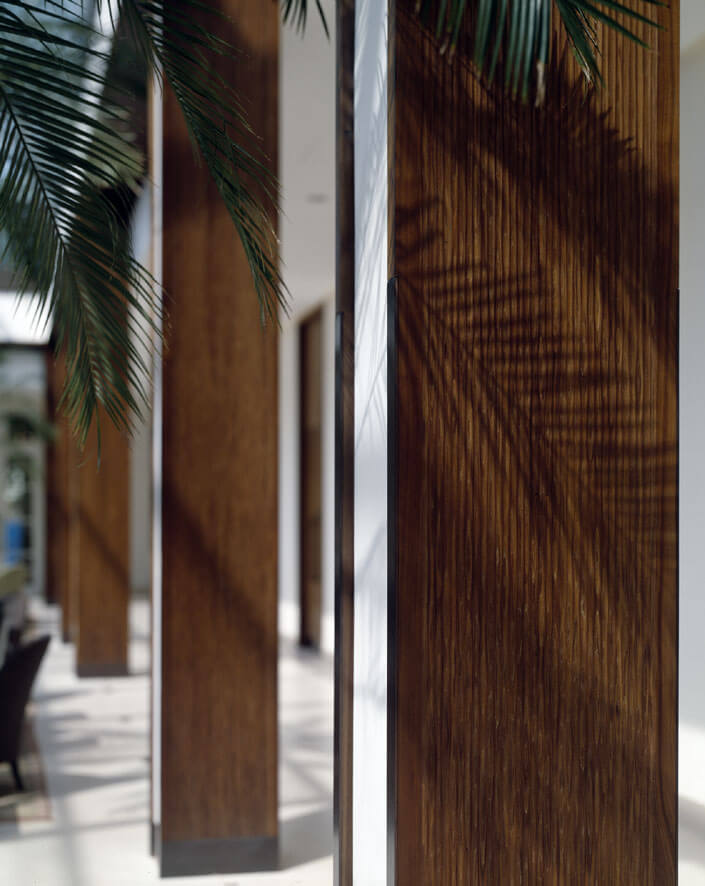 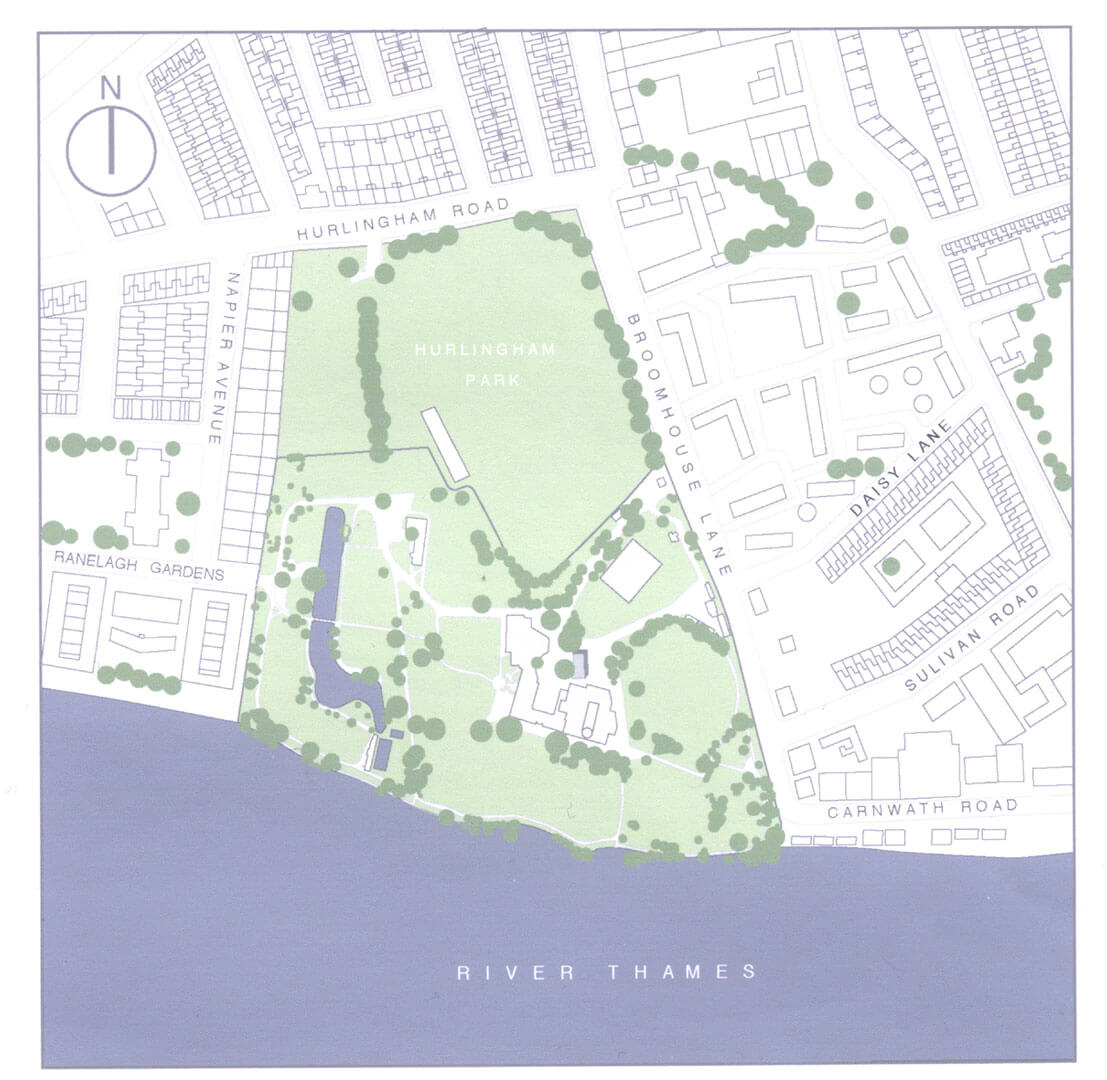 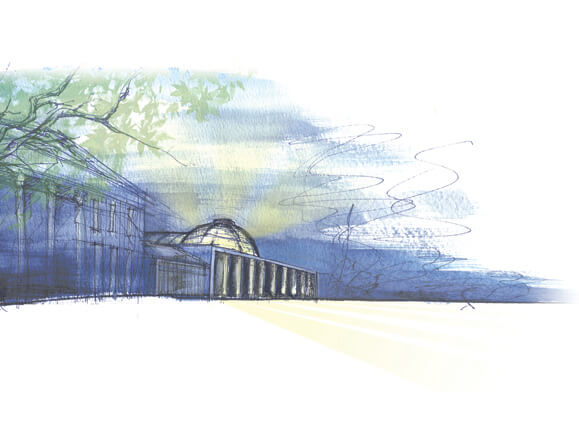 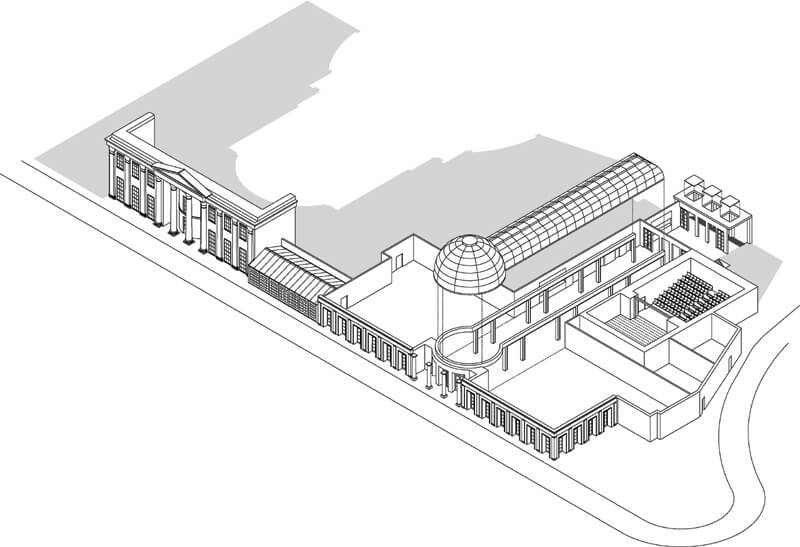 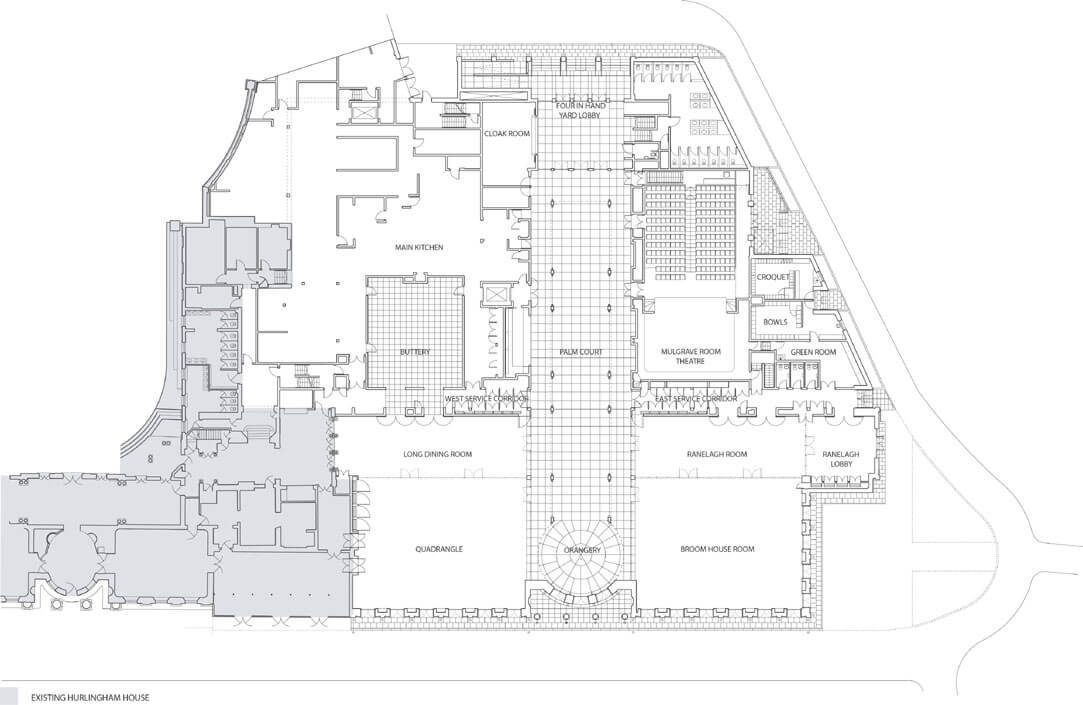 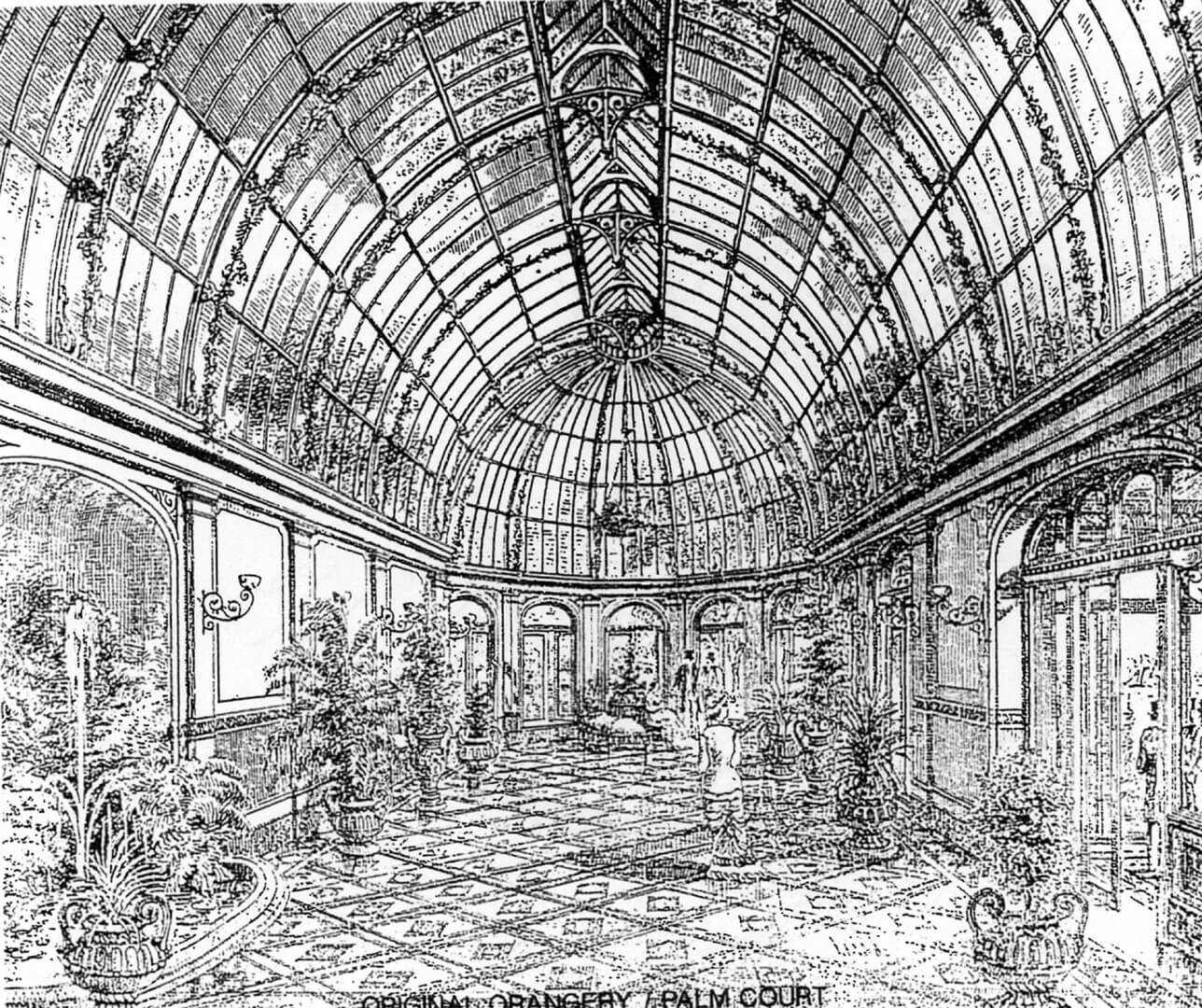 The Hurlingham Club required the addition of a new wing to the listed Clubhouse that would blend seamlessly into the grounds of the Hurlingham estate. Inspired by the Scandinavian tradition of Asplund and Leverentz, the new single storey wing is built of hand-made brick with soft lime mortar, with entrances and pilasters in Portland stone.

It houses a series of new social spaces including a theatre and two function rooms, all of which are connected via a Palm Court featuring a glazed barrel vaulted roof that culminates in a dome. At its centre a round oculus rises and falls on pistons to ventilate the space in automatic response to temperature sensors.

Internal partitions within the function rooms can be used to divide these spaces, or their outer walls can be removed to create a single uninterrupted space for 800 people.