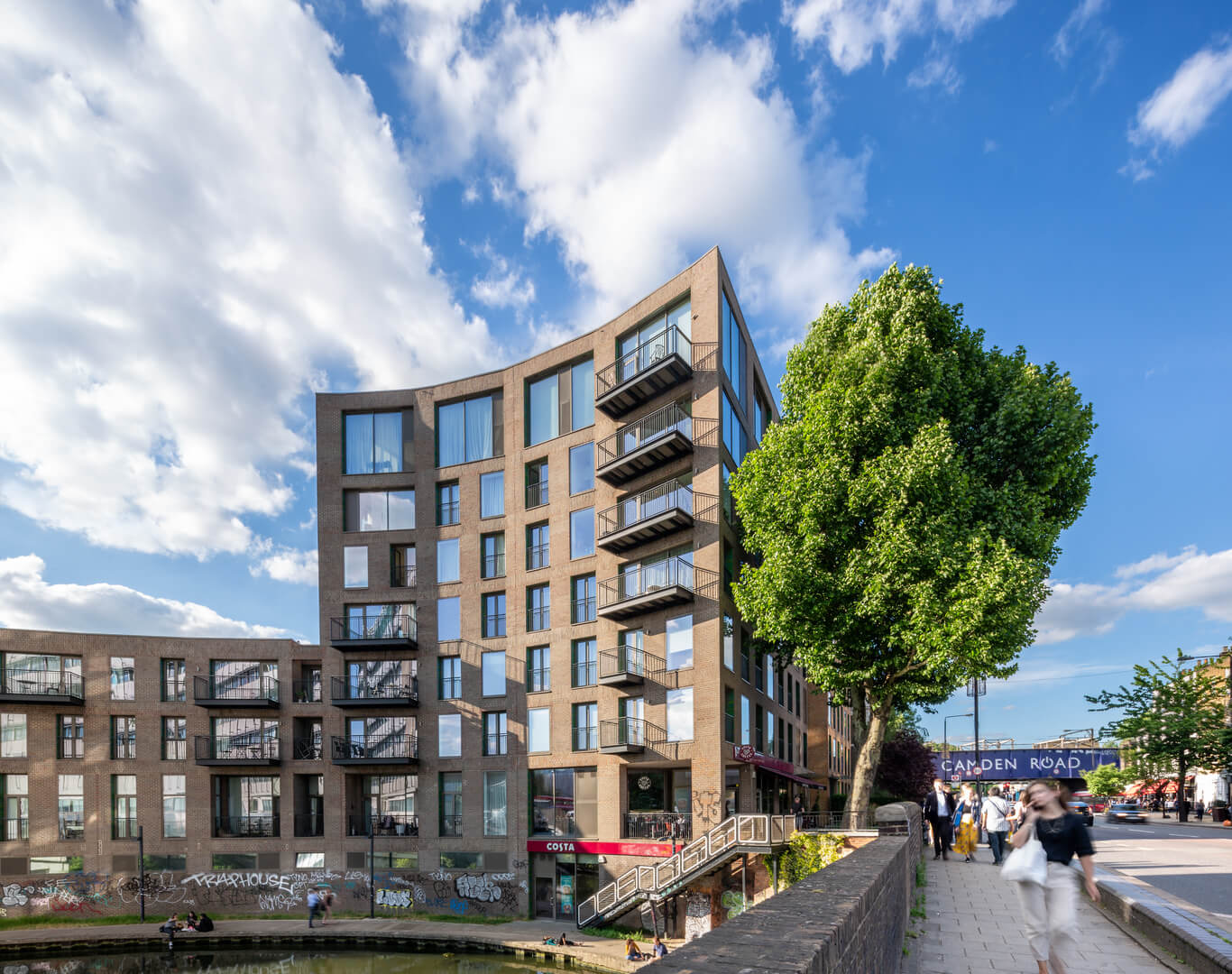 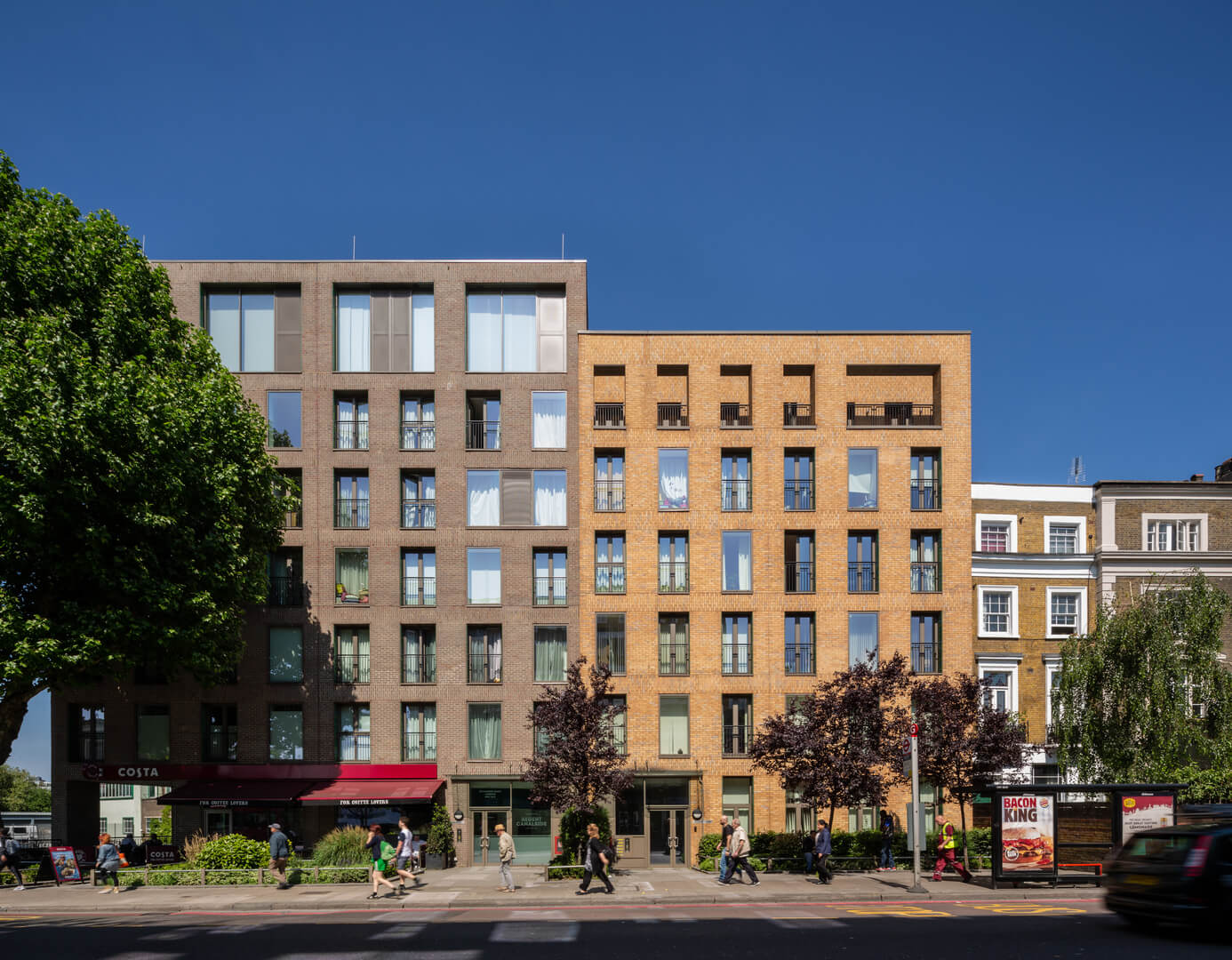 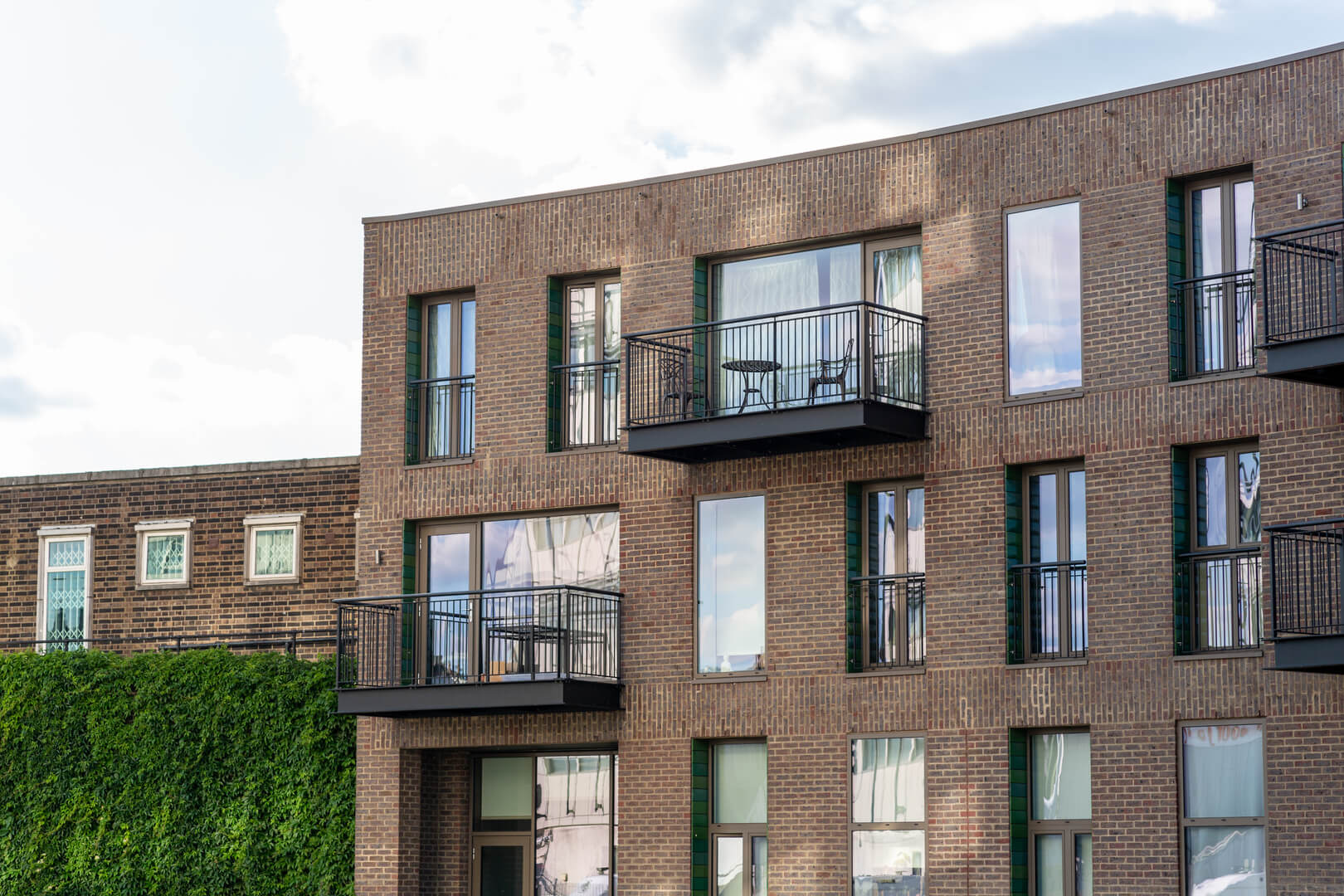 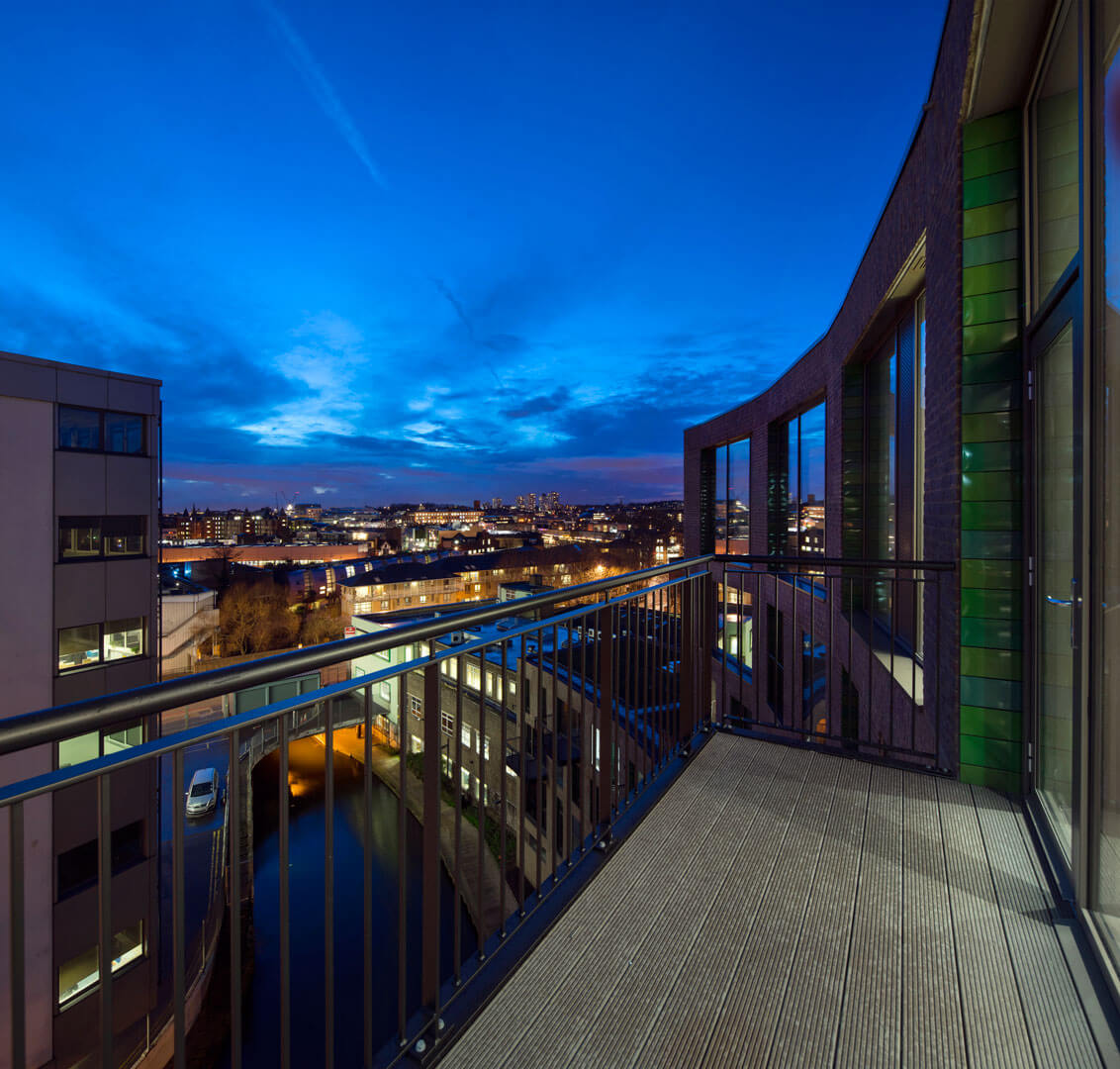 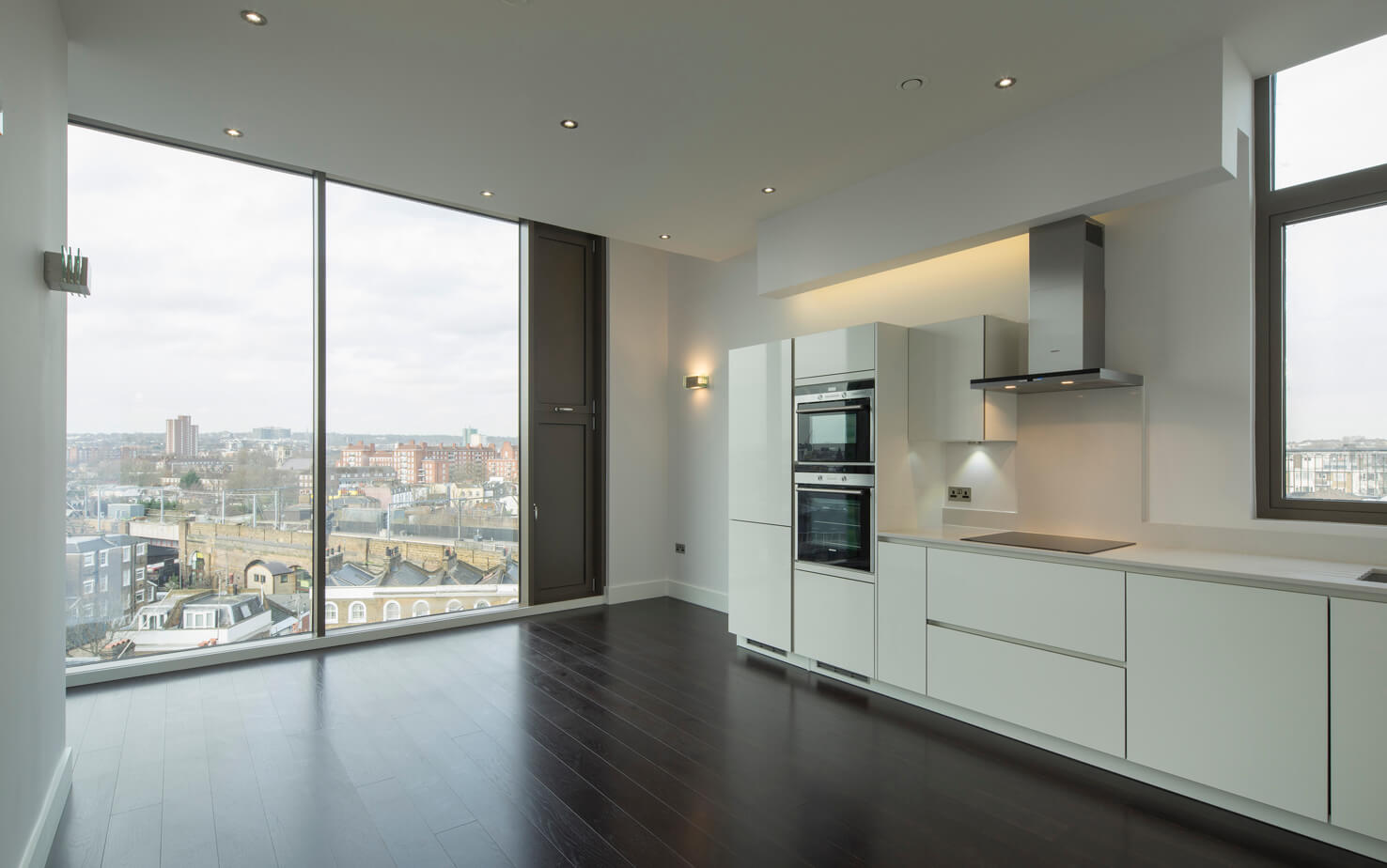 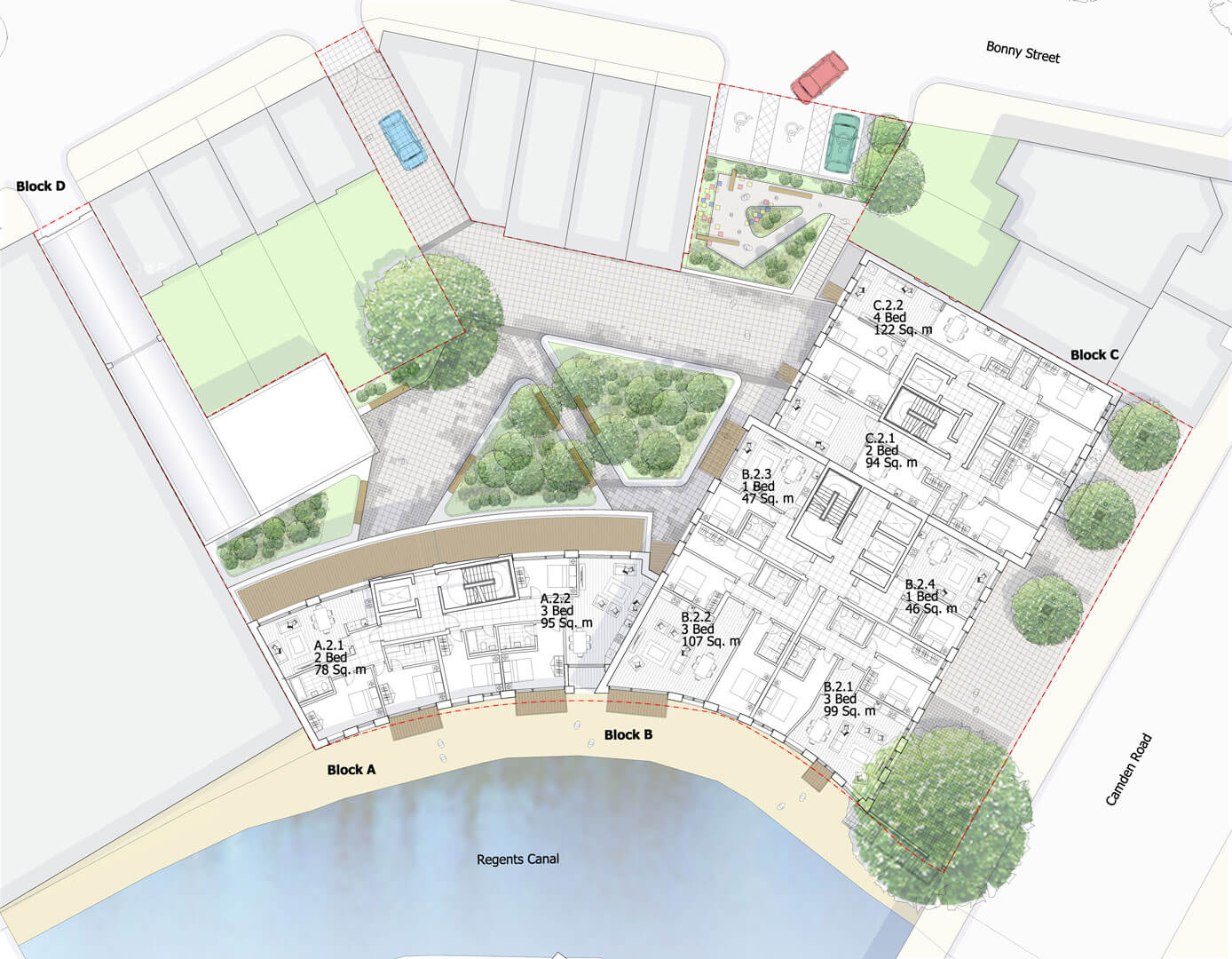 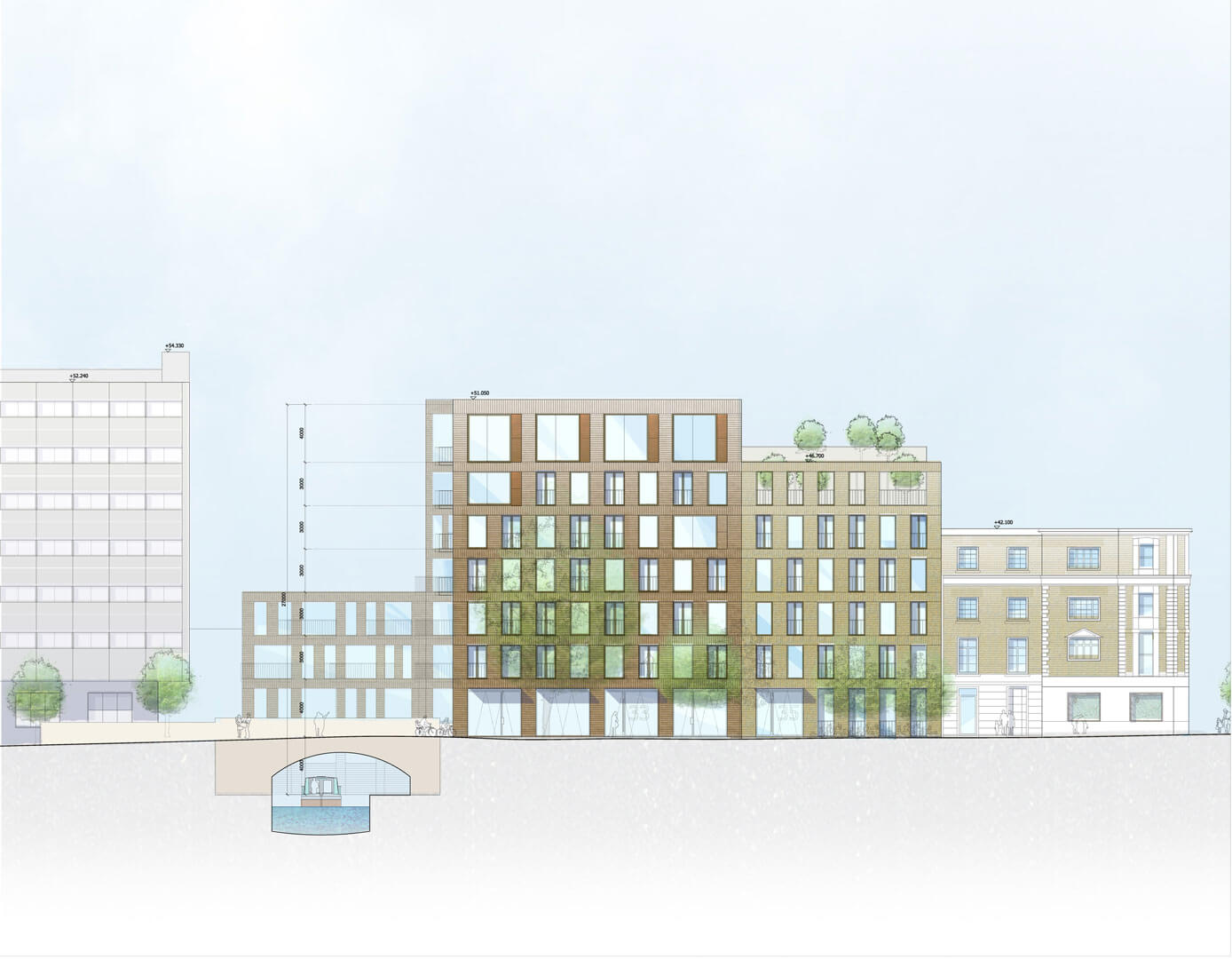 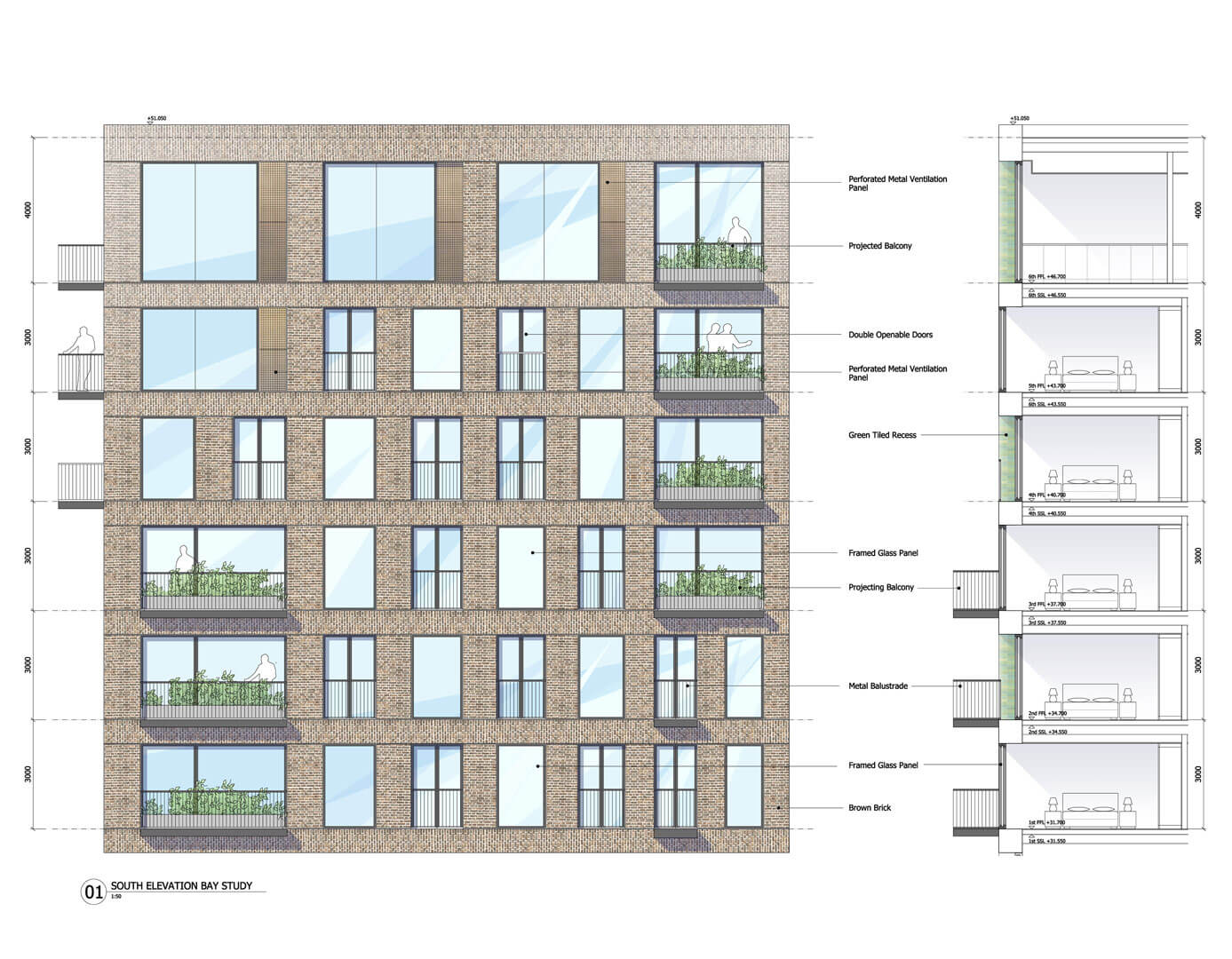 Squire and Partners were appointed to design this residential led mixed use scheme on Regent’s Canal. The resulting scheme comprised 55 residential units in four blocks ranging from 2 to 8 storeys in height.

The design was inspired by the existing local architecture as well as nearby Camden Market and Regent’s Canal. The choice of materials has been influenced by the surrounding residential and industrial buildings which are composed of London Stock Brick in a variety of the colours. Vertical and horizontal window proportions of the typical Camden terraced house have been retained, and occasional vertical panels and added balustrades and projected balconies have been incorporated in order to create additional amenity space to residents.

A new pedestrian link and waterside café along with native planting and landscaping have also been added to the site, increasing the biodiversity of the area and improving public access and use of the canal.