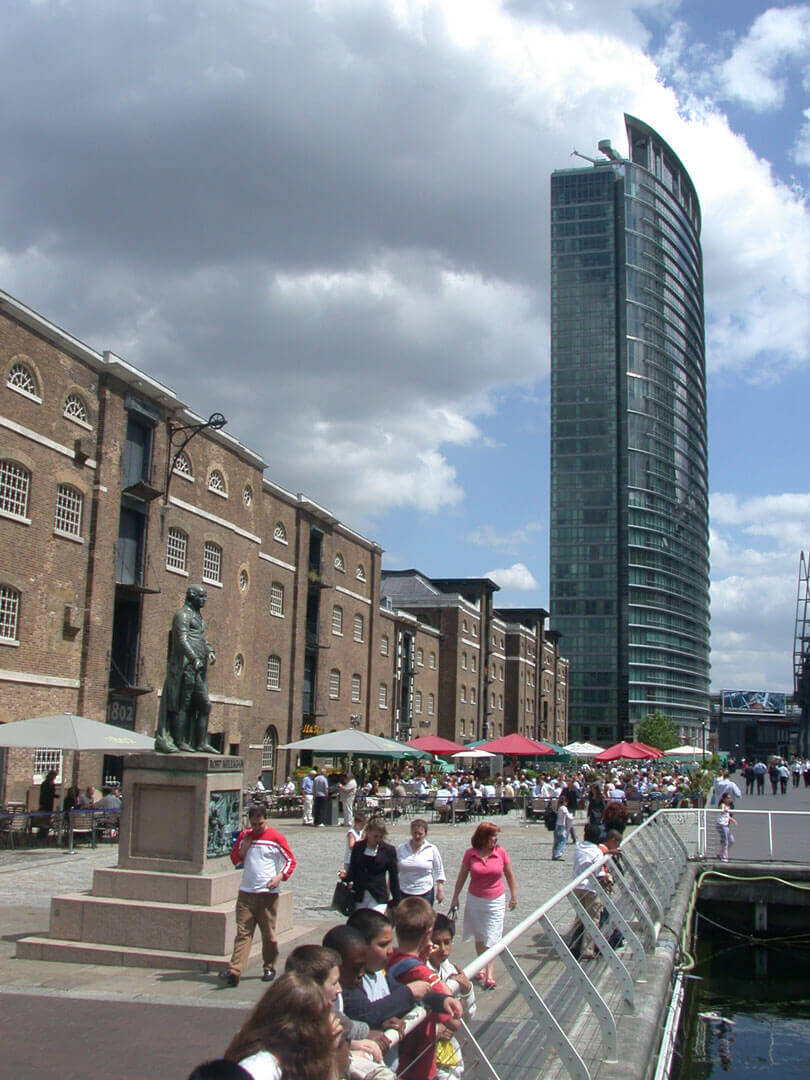 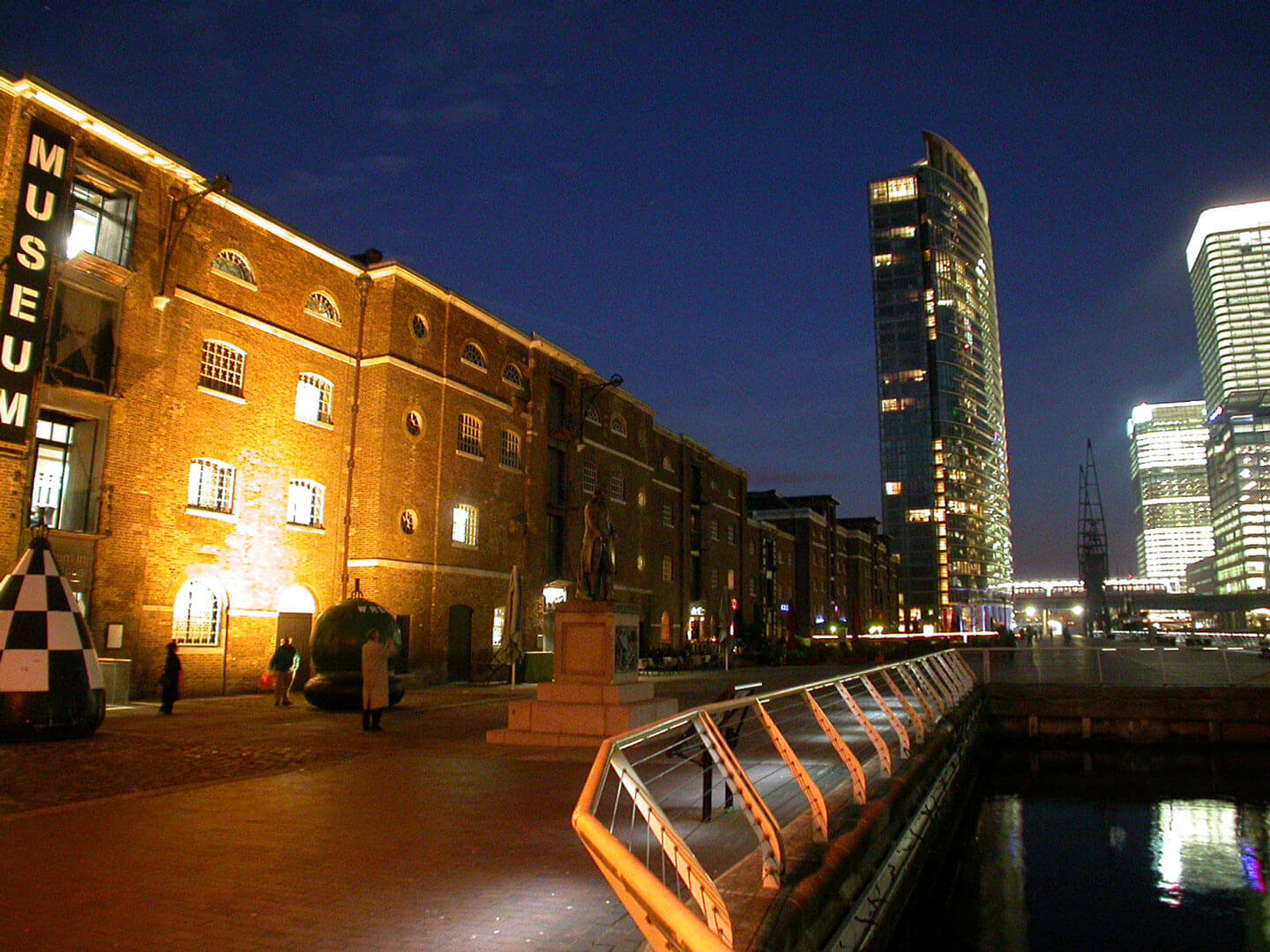 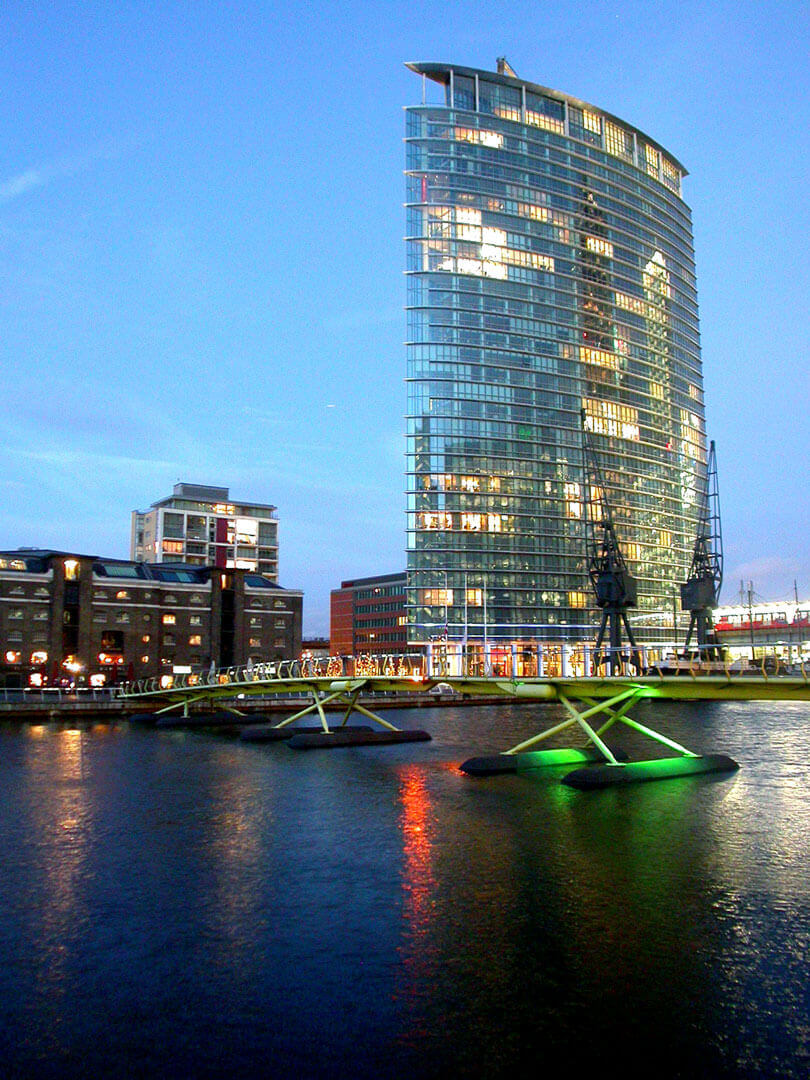 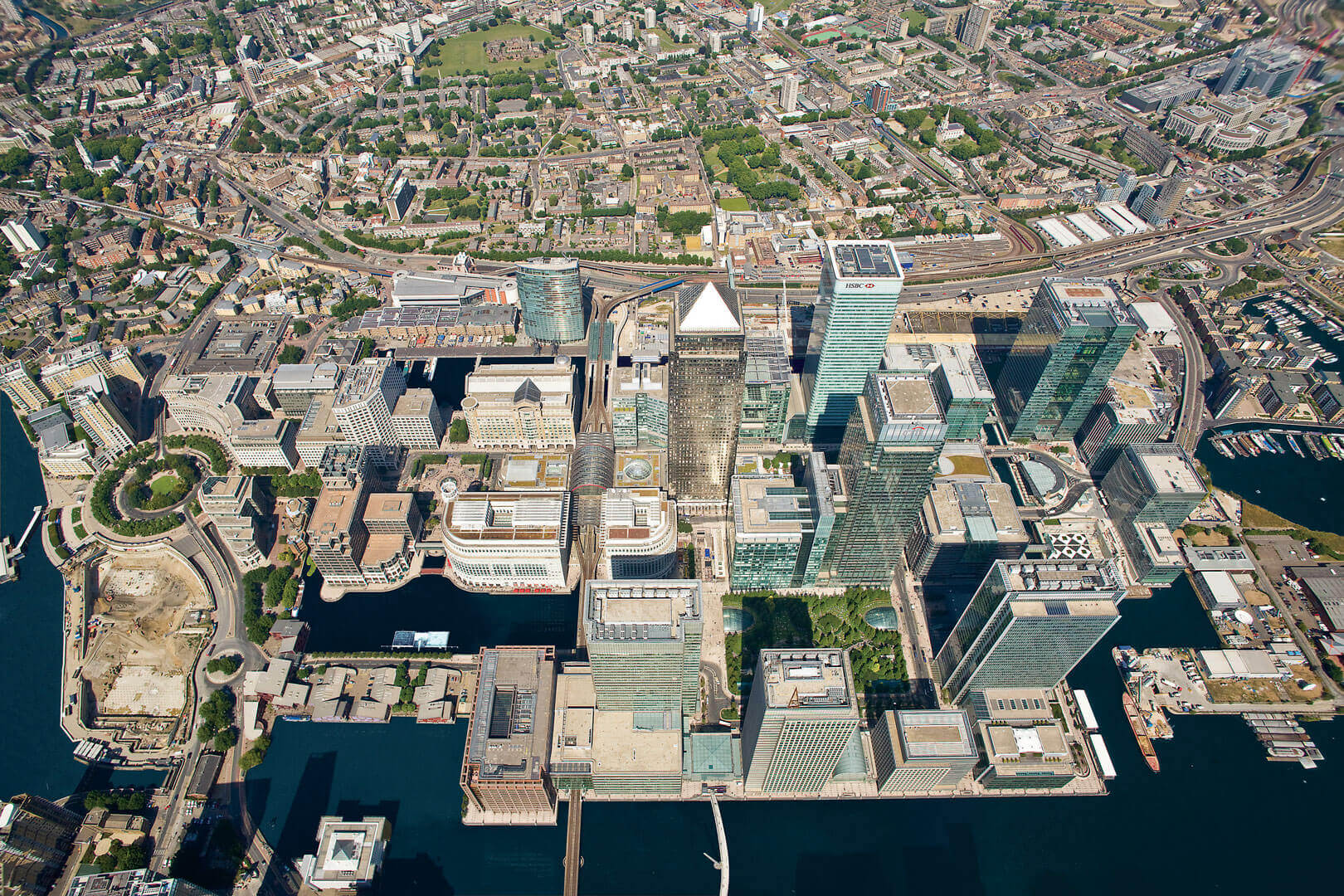 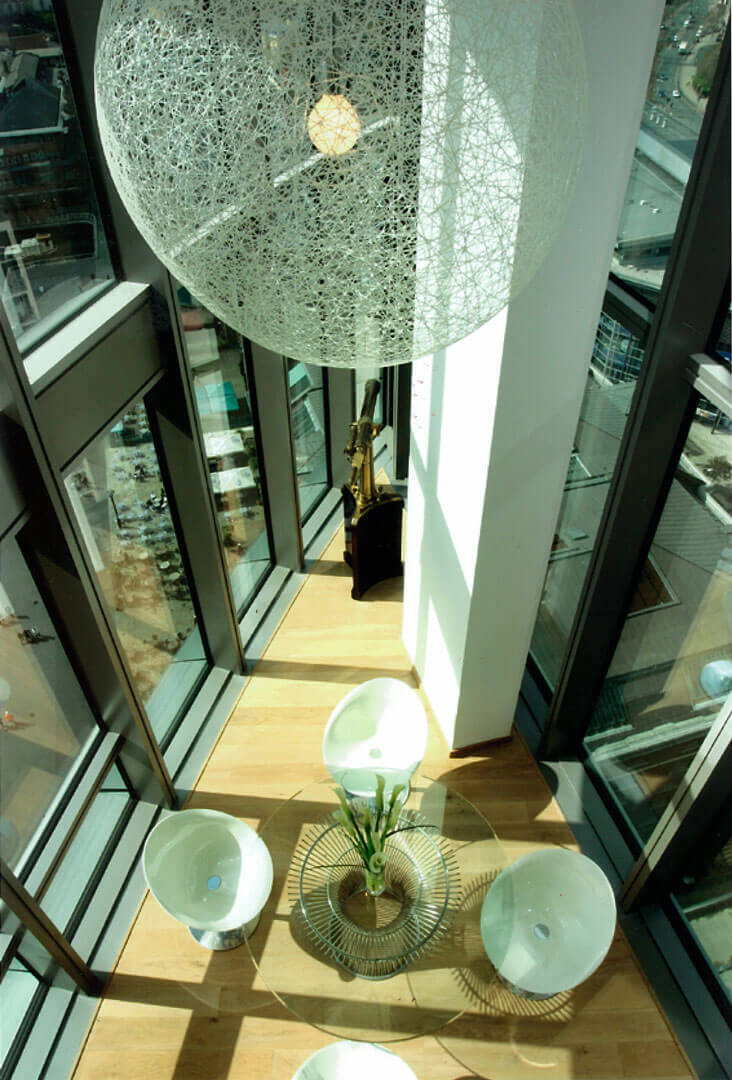 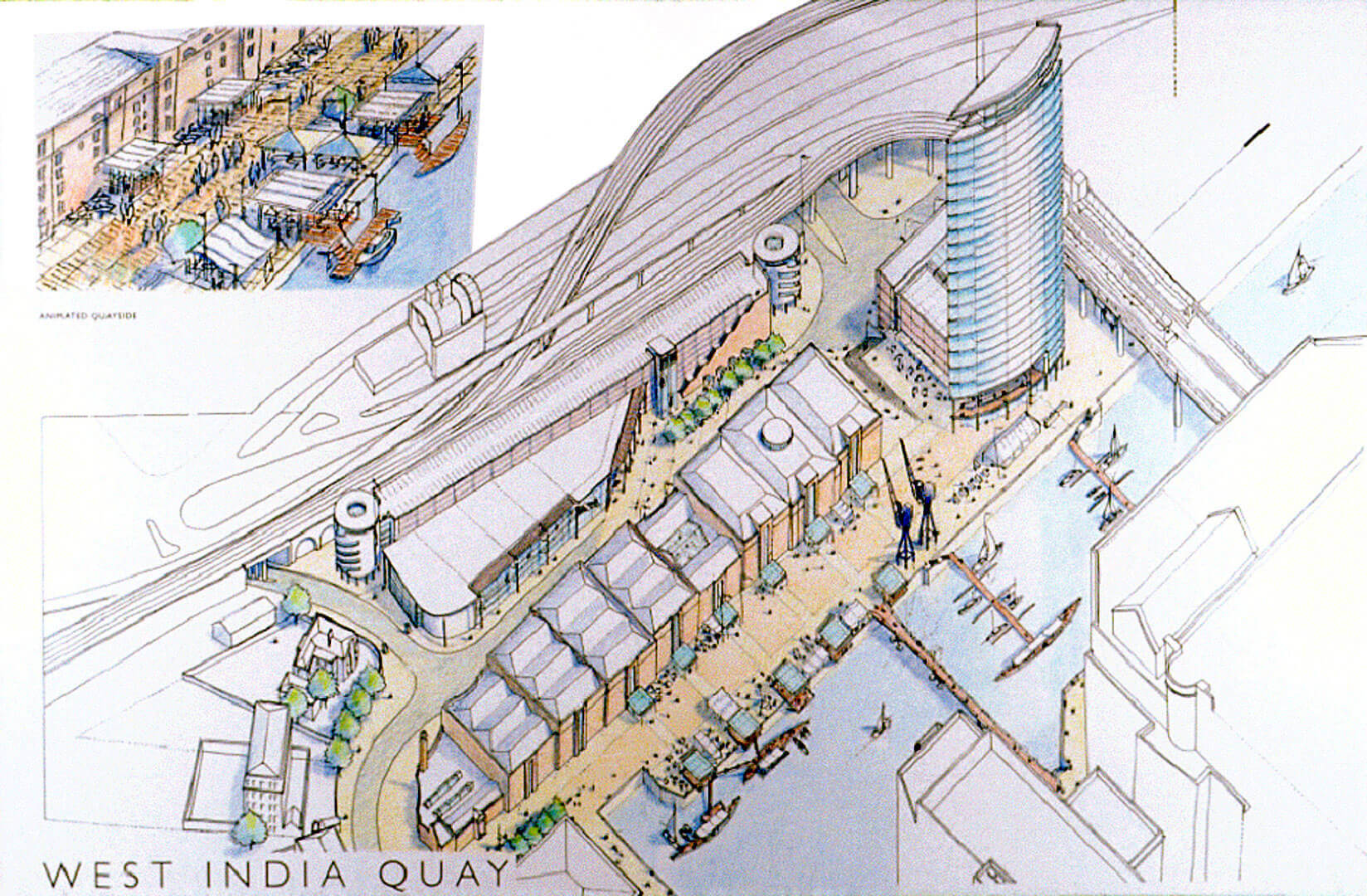 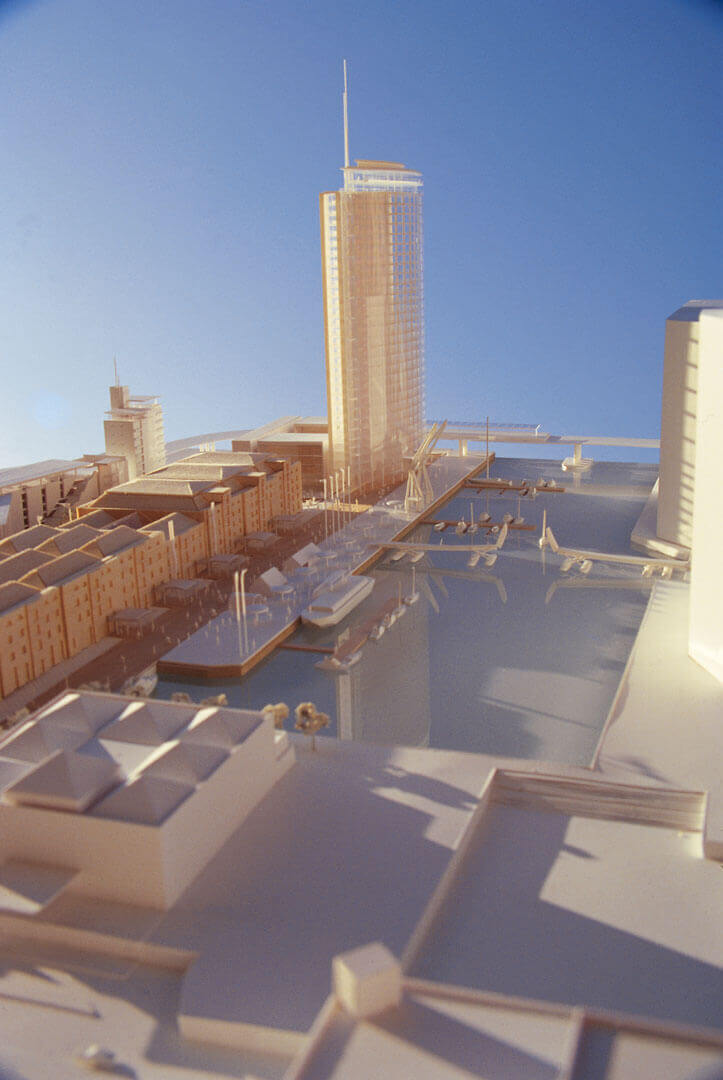 As part of Squire and Partners’ masterplan for West India Quay, planning permission was gained in 2001 for a slender landmark hotel tower conceived to act as a visual counterpoint to the monumental brick form of the adjacent Victorian warehouses. The site was later acquired by Marriott Hotels and the tower constructed by executive architects.

Its elliptical form, reminiscent of the curved hull of a boat, is arranged with its axis running east west parallel to the roads, rail and dockland. Its thin end is visible from the DLR, but its south façade enjoys panoramic views over the dock and the southern curve of the river beyond. The Marriott West India Quay occupies the first third of the tower, providing public facilities and animation on the ground floor.

Above it, the next third was allocated to serviced apartments and the top of the building to private apartments. Consequently, as the façade rises, its fenestration dissolves into a more spacious grid revealing the activities behind.