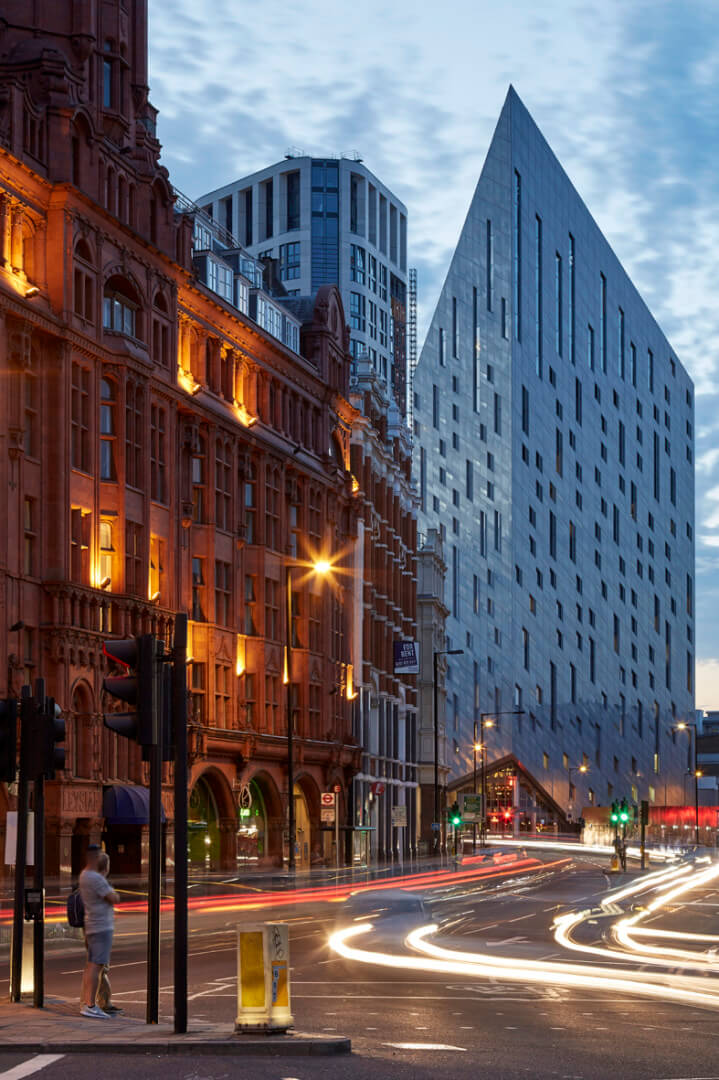 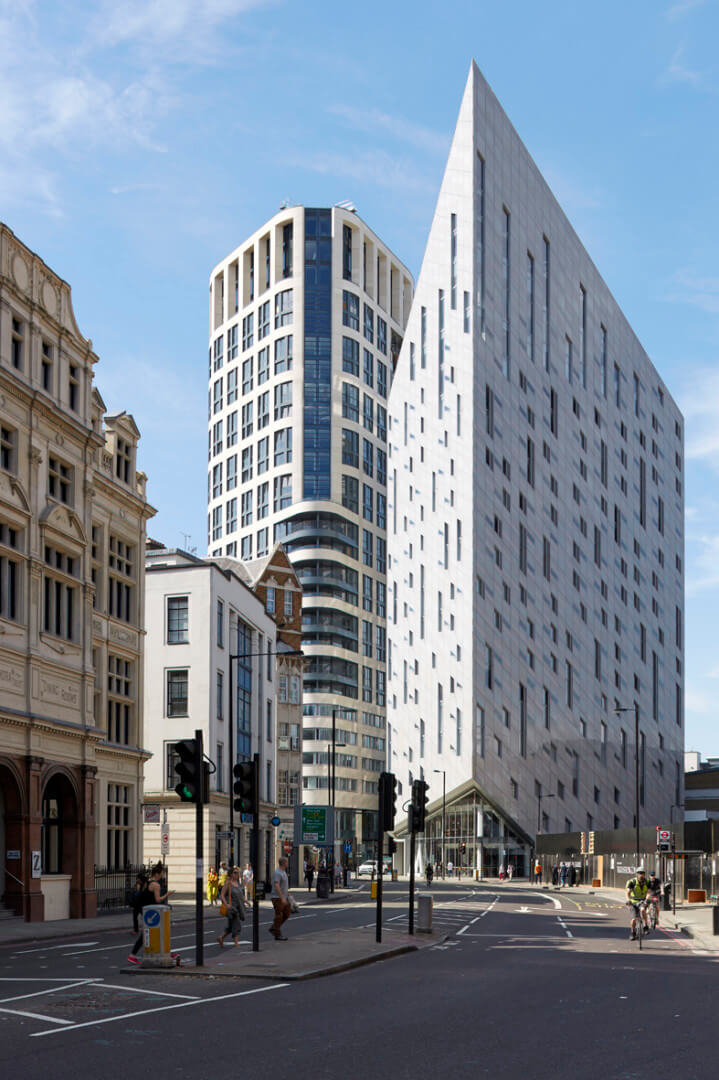 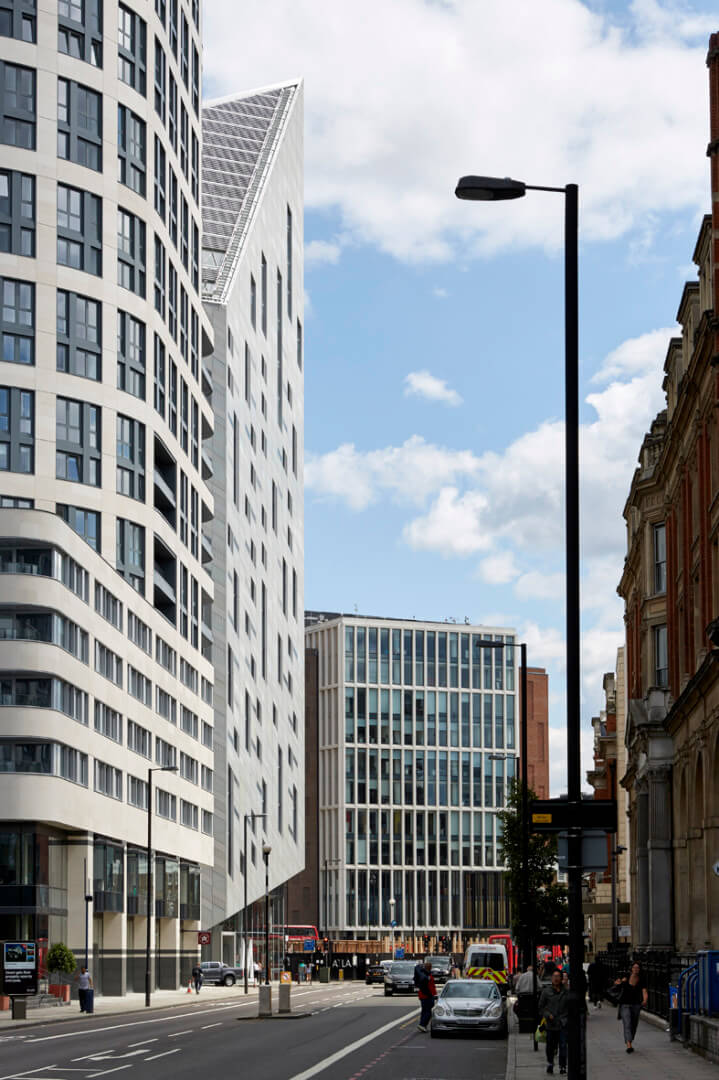 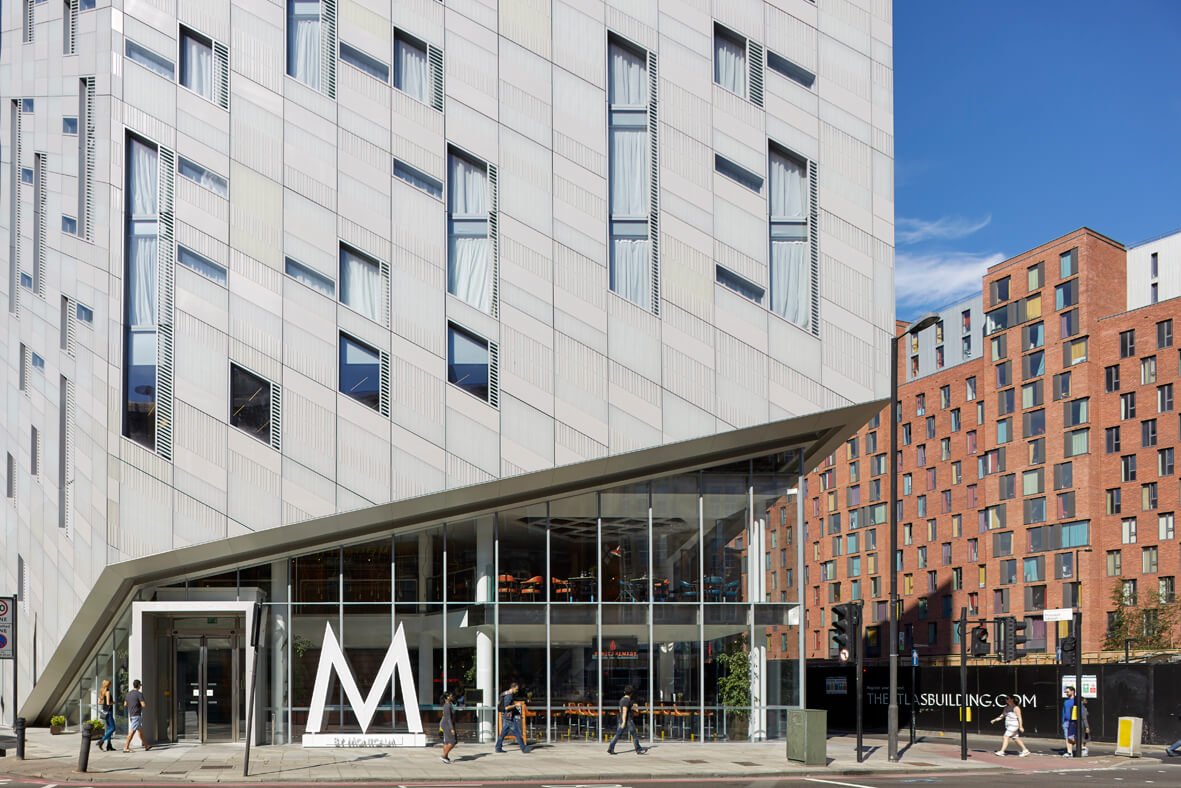 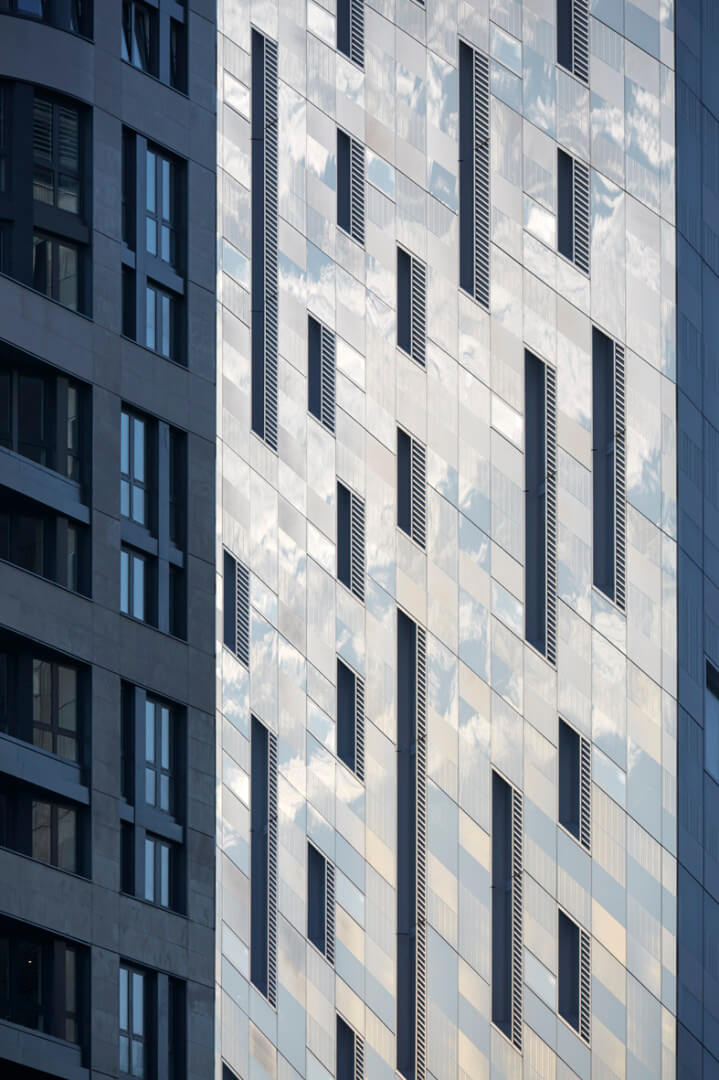 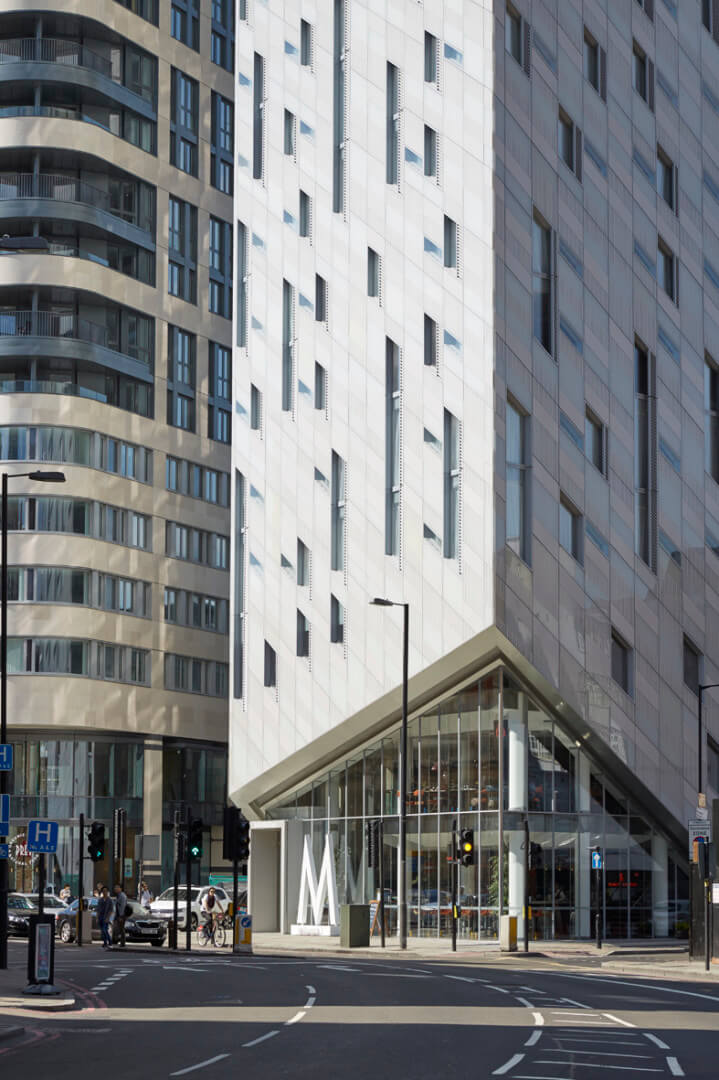 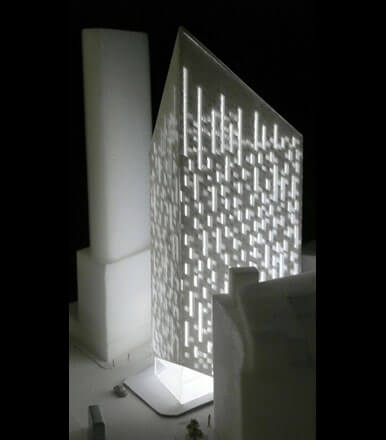 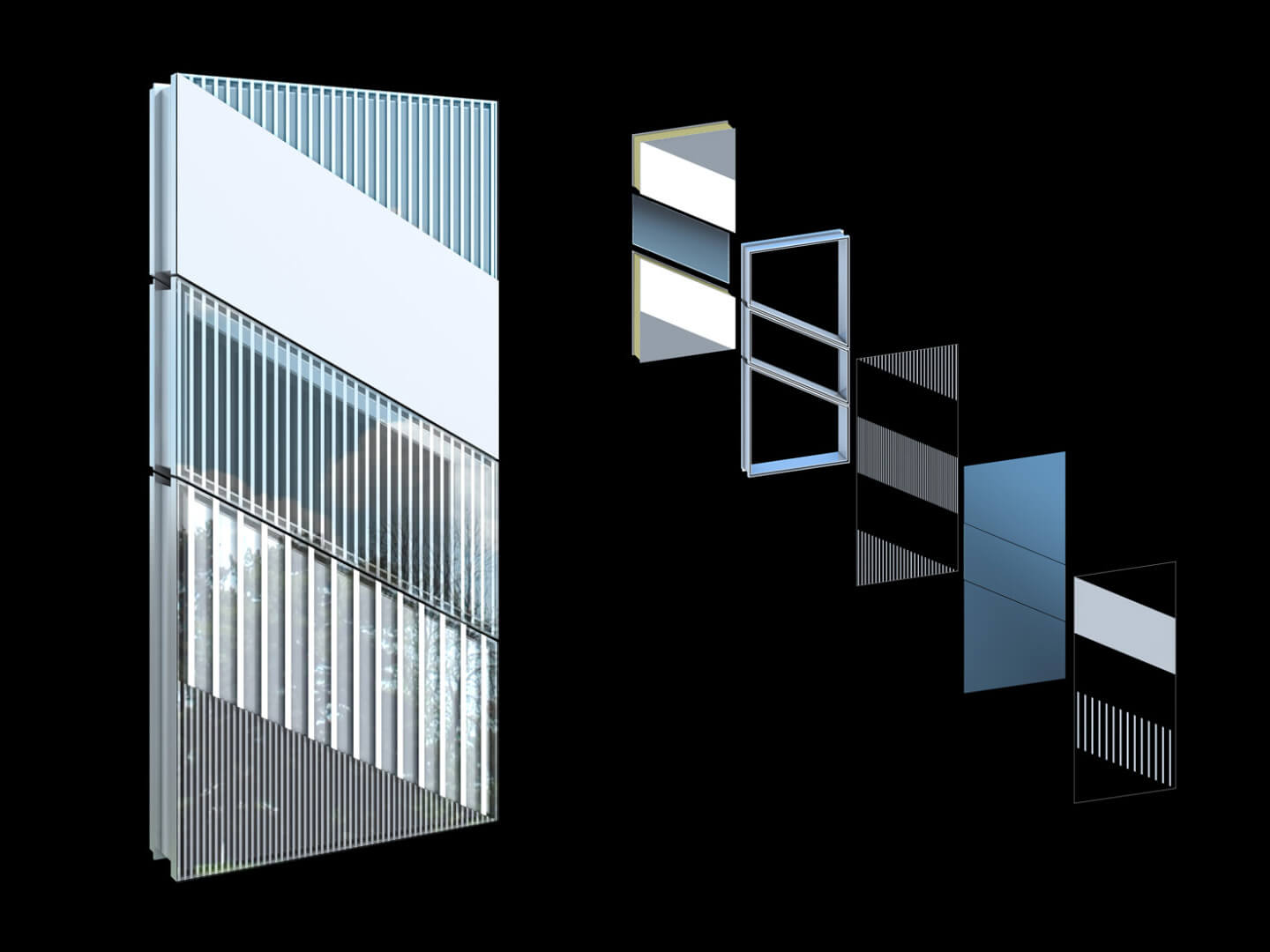 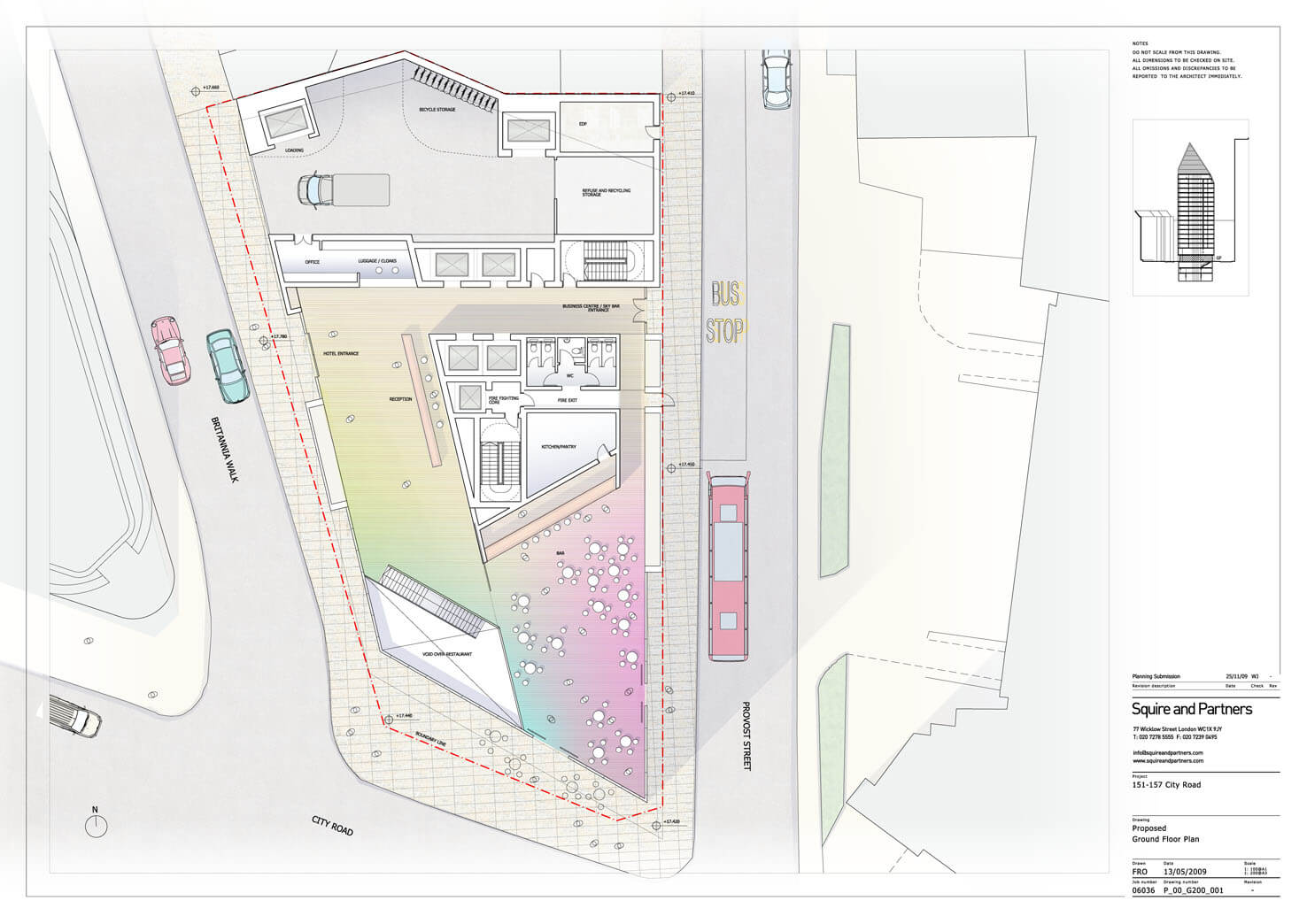 Squire and Partners’ concept for the M by Montcalm hotel in Shoreditch was delivered in collaboration with Executive Architects 5 Plus, and completed in summer 2015. The site – opposite Moorfields Eye Hospital on City Road – provided inspiration for a striking facade which expresses the idea of the optical and the visual.

Responding to the Moorfields Eye Hospital opposite, and taking inspiration from the 1980′s artworks of Bridget Riley, the facade is expressed as a triple glazed skin enlivened with differing patterns of transparency, opacity and solidity to convey diagonal slopes breaking across an underlying vertical structure.

Manipulation and modulation of light, both internally and externally, give the facade richness and an ever-changing face on this prominent site, as well as assisting solar performance to create a sustainable development. The conjunction of the vertical and the diagonal create a visual effect of depth and movement, and express the activities taking place within the building. At the upper levels the facade openings become larger to express the more social uses and exploit the panoramic views.

At ground and lower ground floors, the building skin ‘lifts’ on the diagonal to reveal the hotel lobby, public bar and restaurant, all clearly visible from the street.