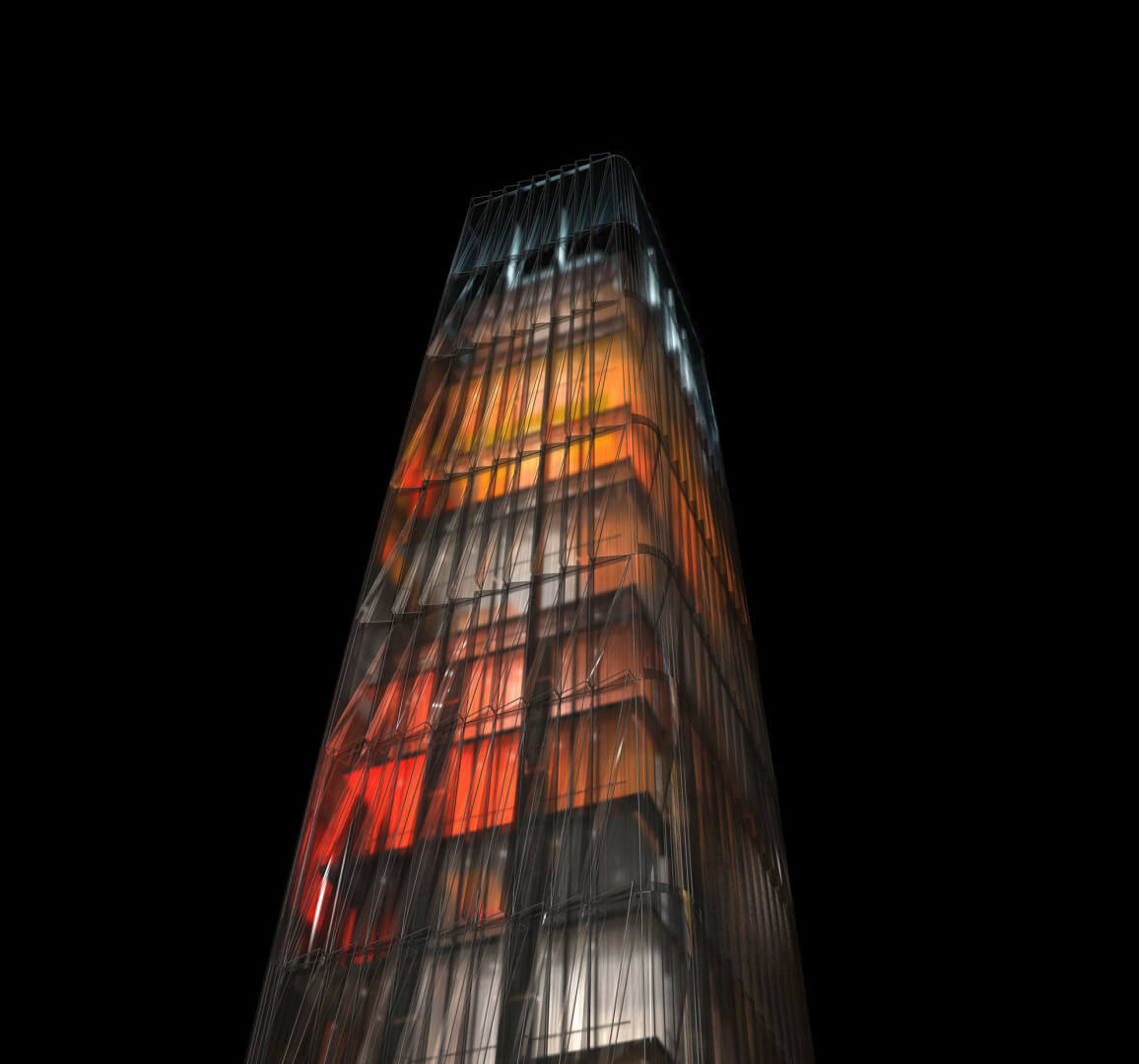 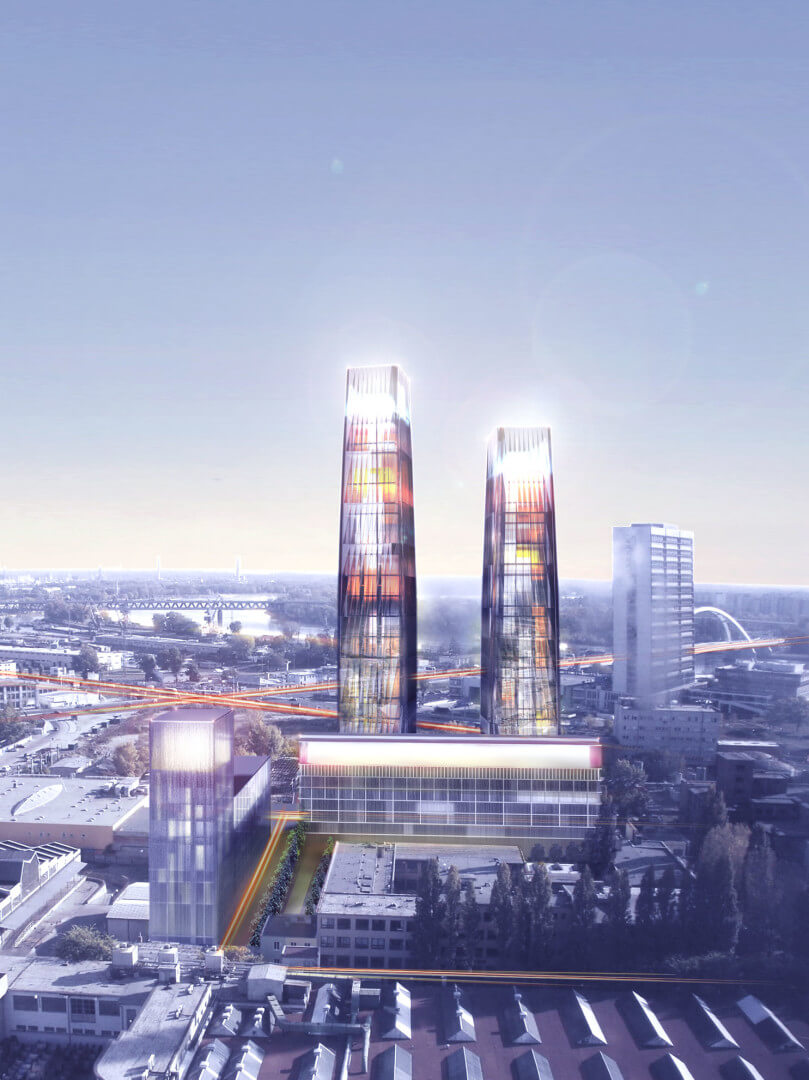 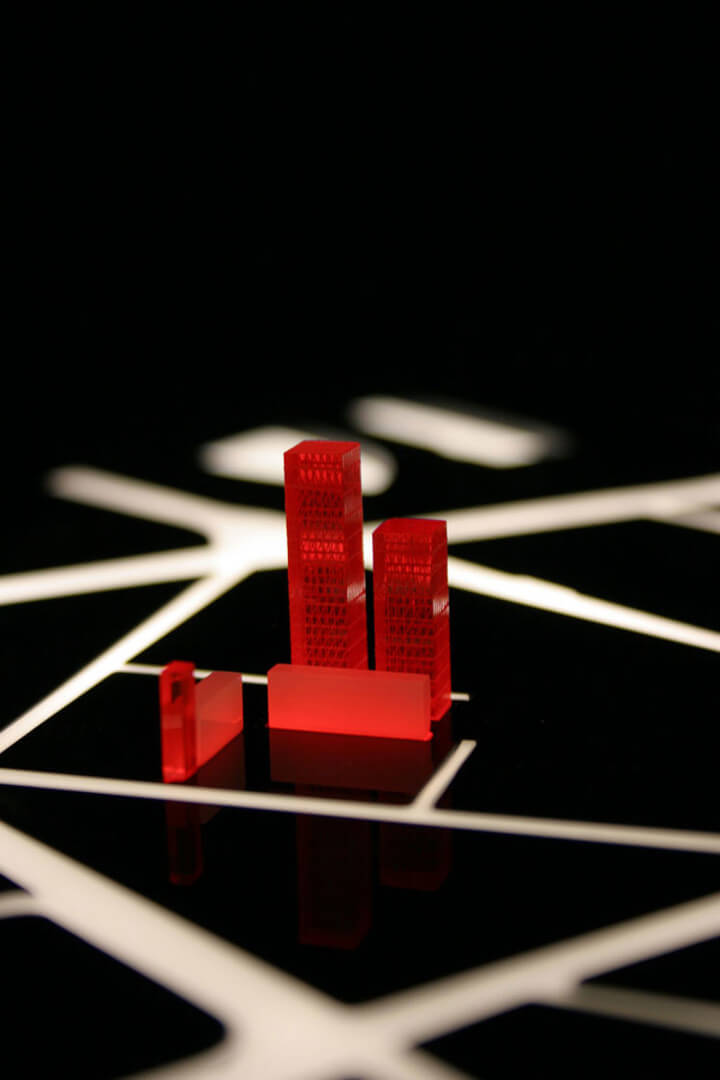 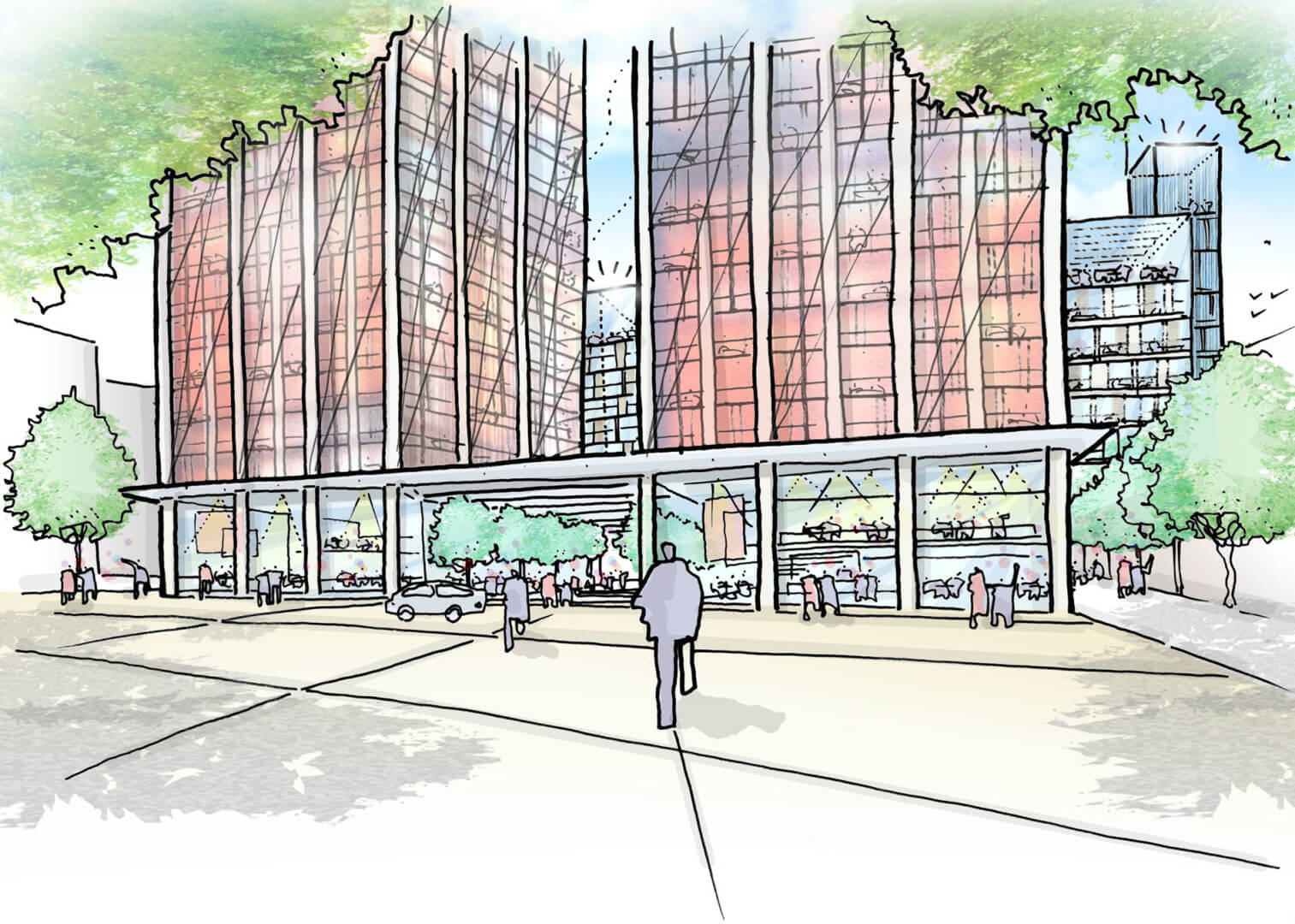 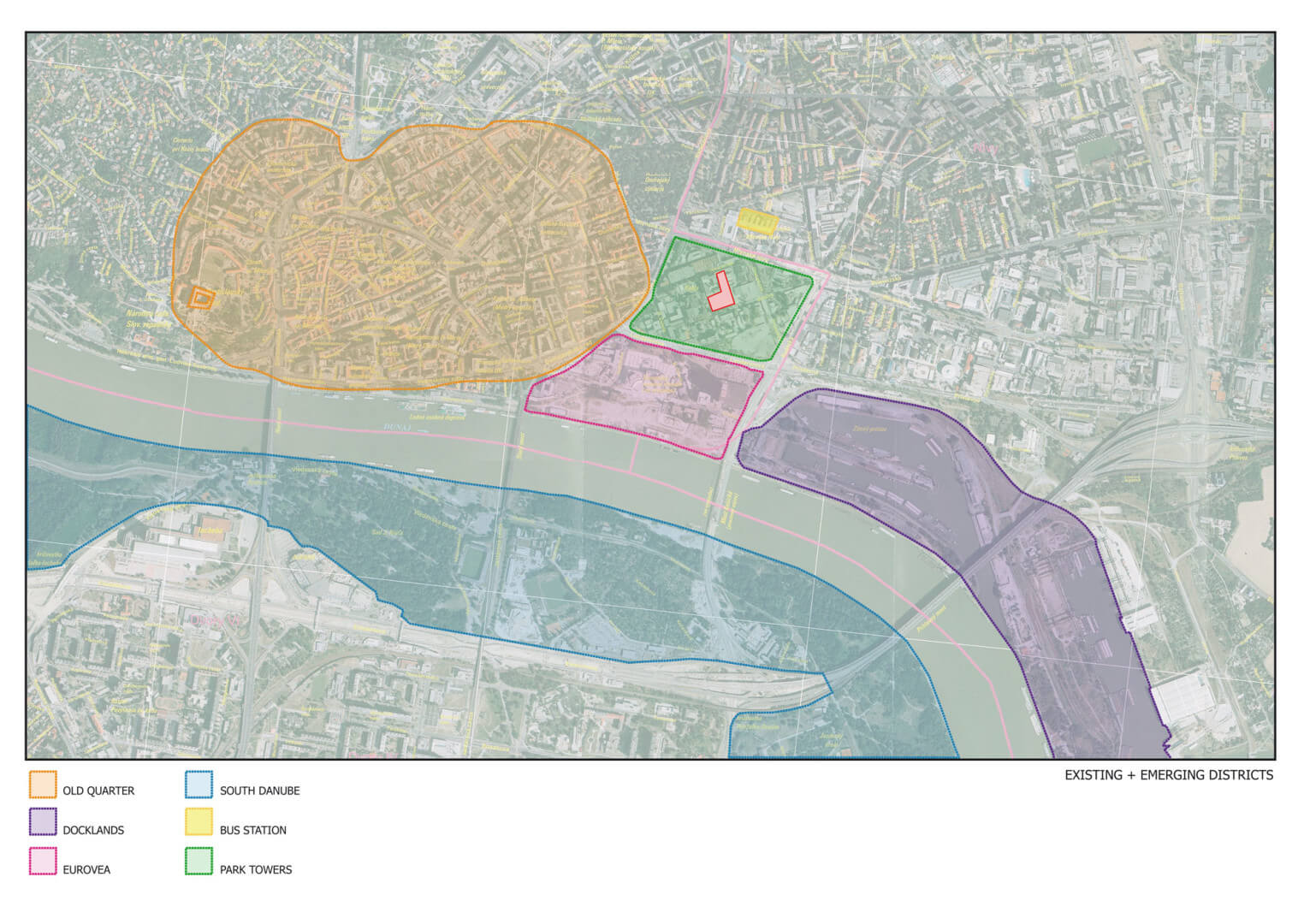 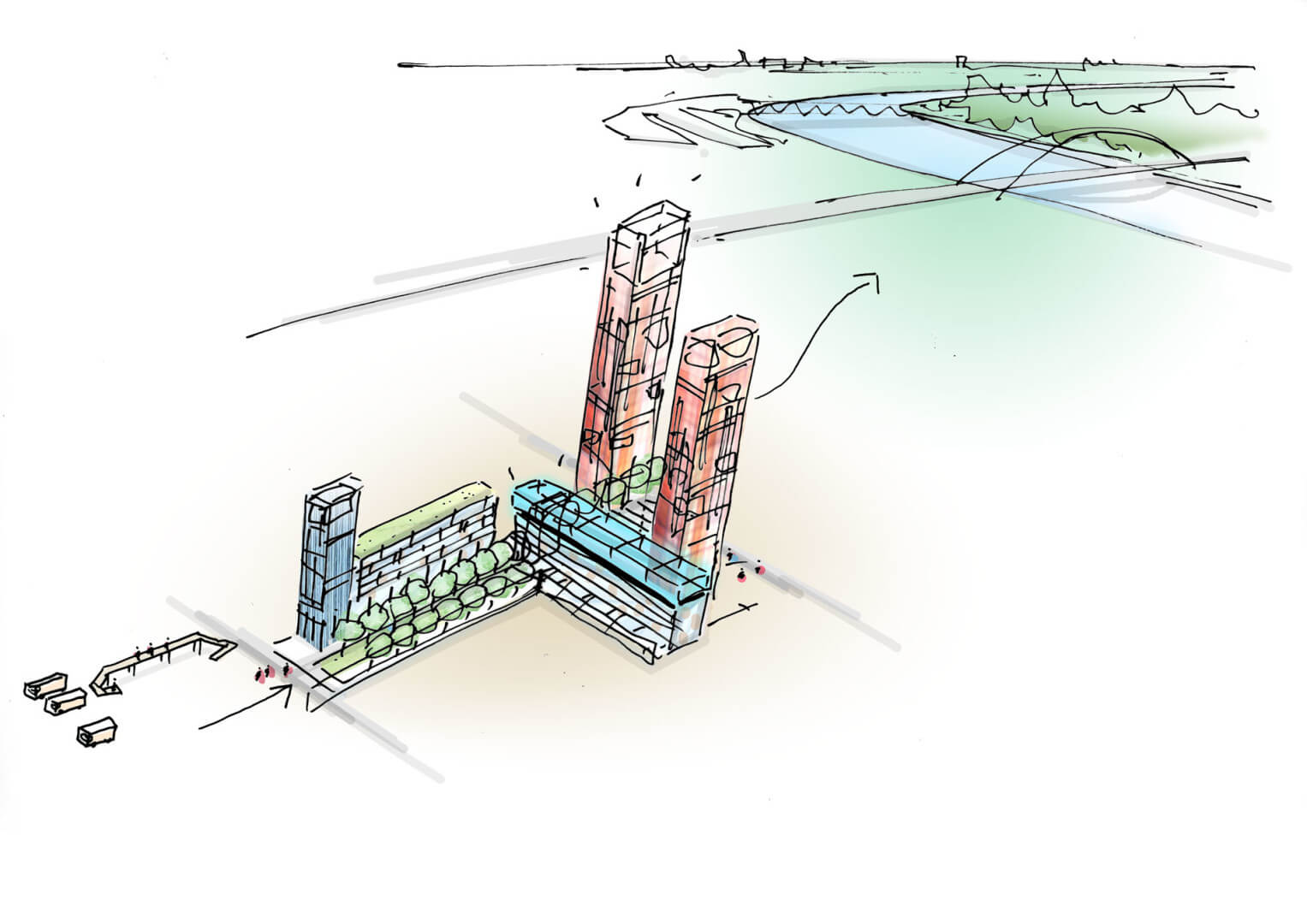 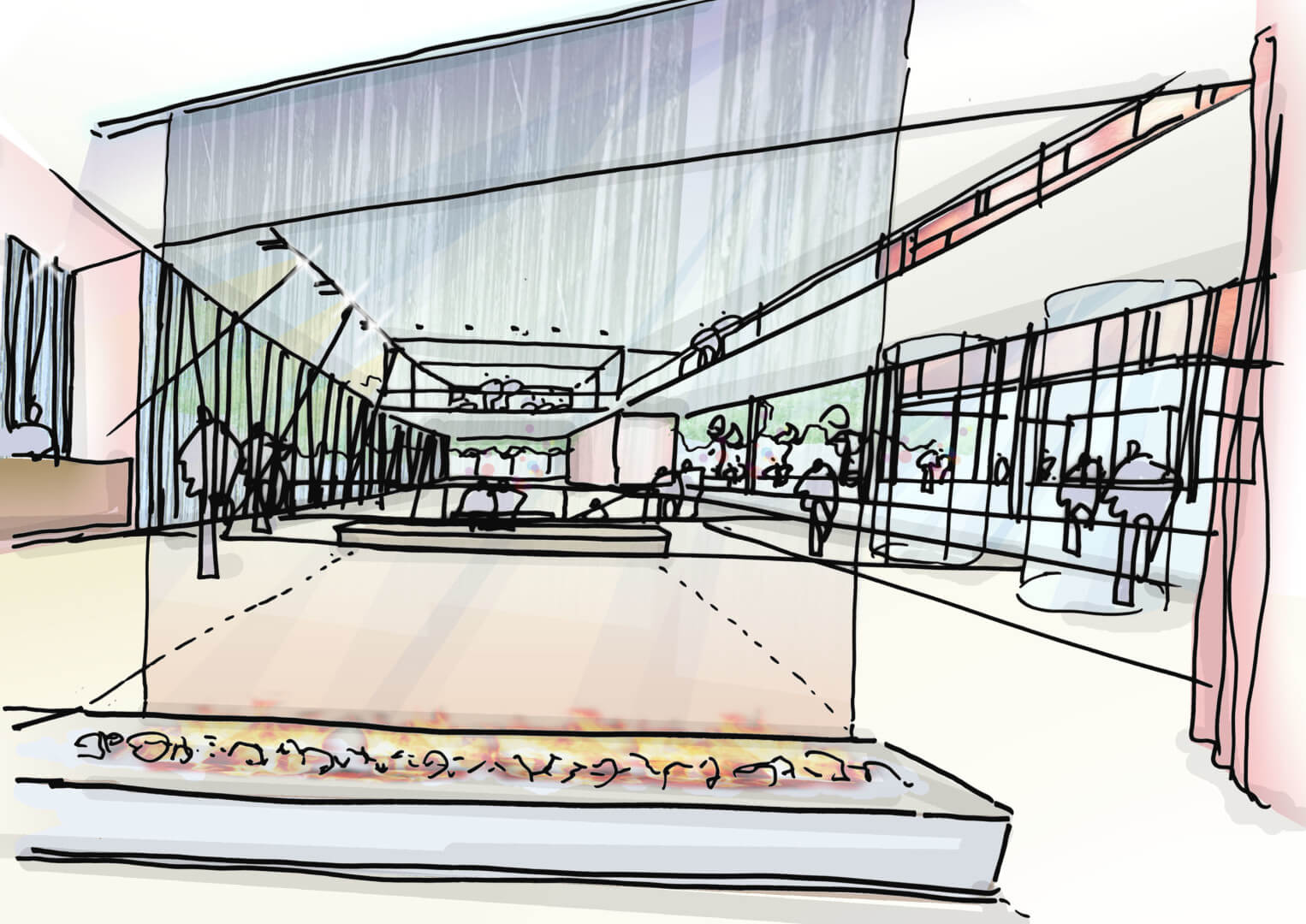 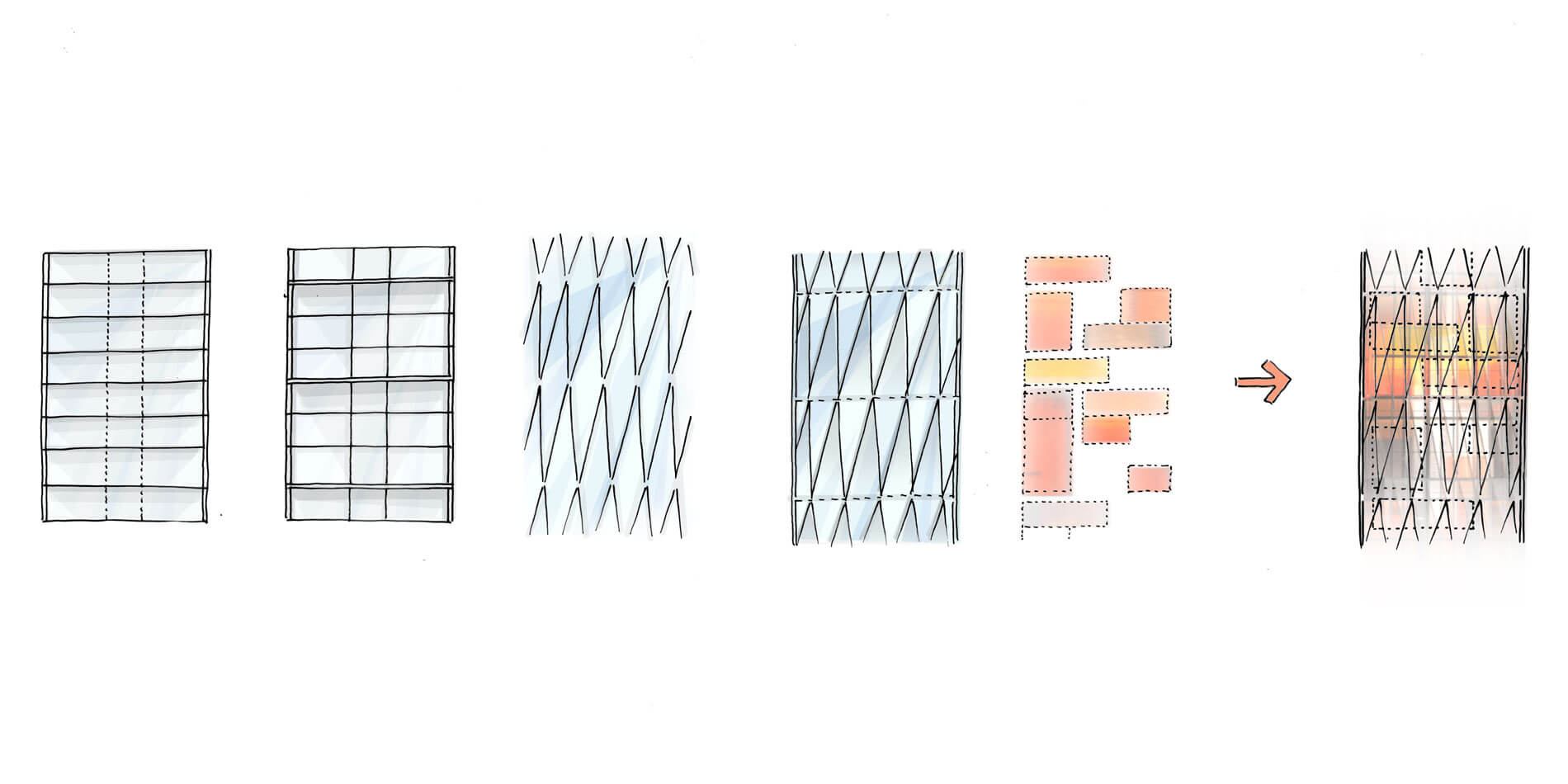 At the time of design, communist era architecture continued to dominate Bratislava, a city seeking to re-establish itself on the international stage. A competition held for the regeneration of an industrial sector of Bratislava sought proposals for an integrated complex of hotel and residential buildings whose internal configurations would allow for change at a later date.

This proposal introduces a local ten-storey tower to mark the entrance to the complex, beyond which a long linear hotel is used to animate the street level. Above the hotel rise two residential towers. Designed as identifiable landmarks in the city, these also could be realistically constructed using Slovak contractors. An external perimeter structure of triangles supports their tapered form. This diagonal bracing not only gives the towers their particular diamond-like quality but also enables a flexible internal arrangement that allows entire levels to be reconfigured independently of the facade.