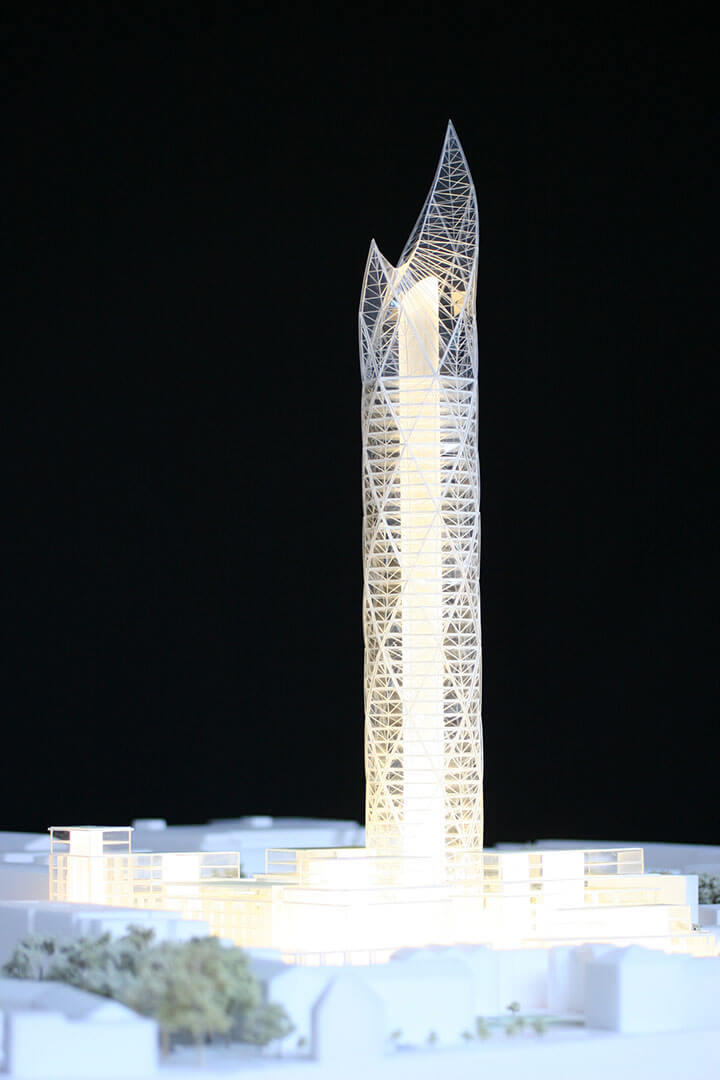 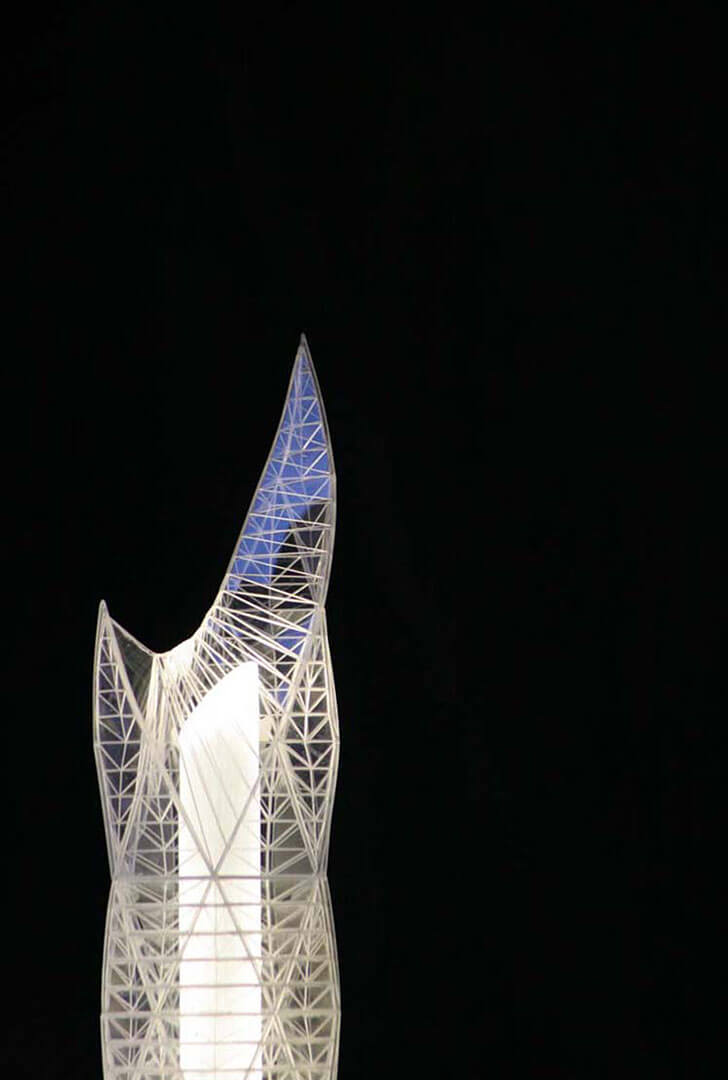 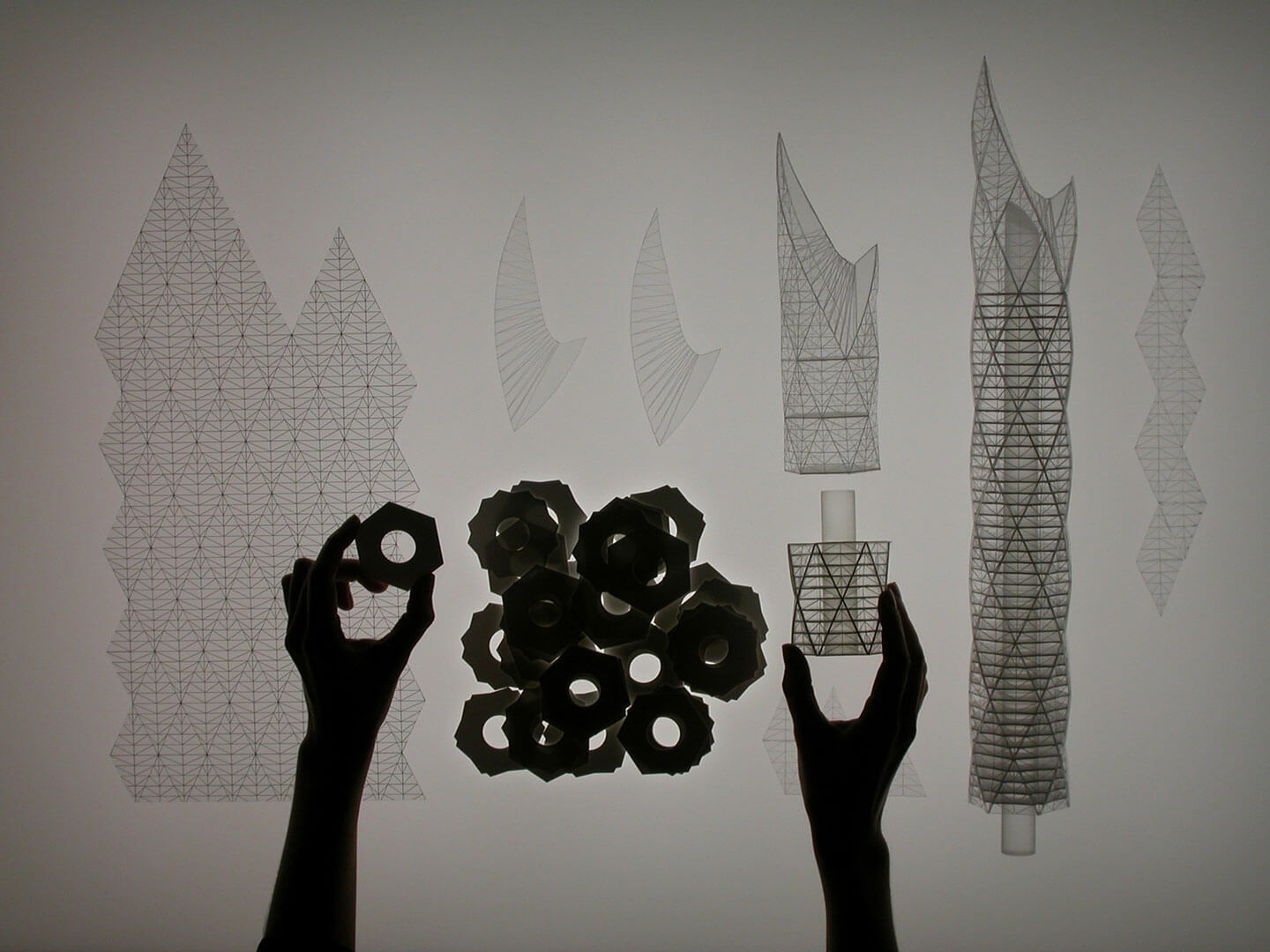 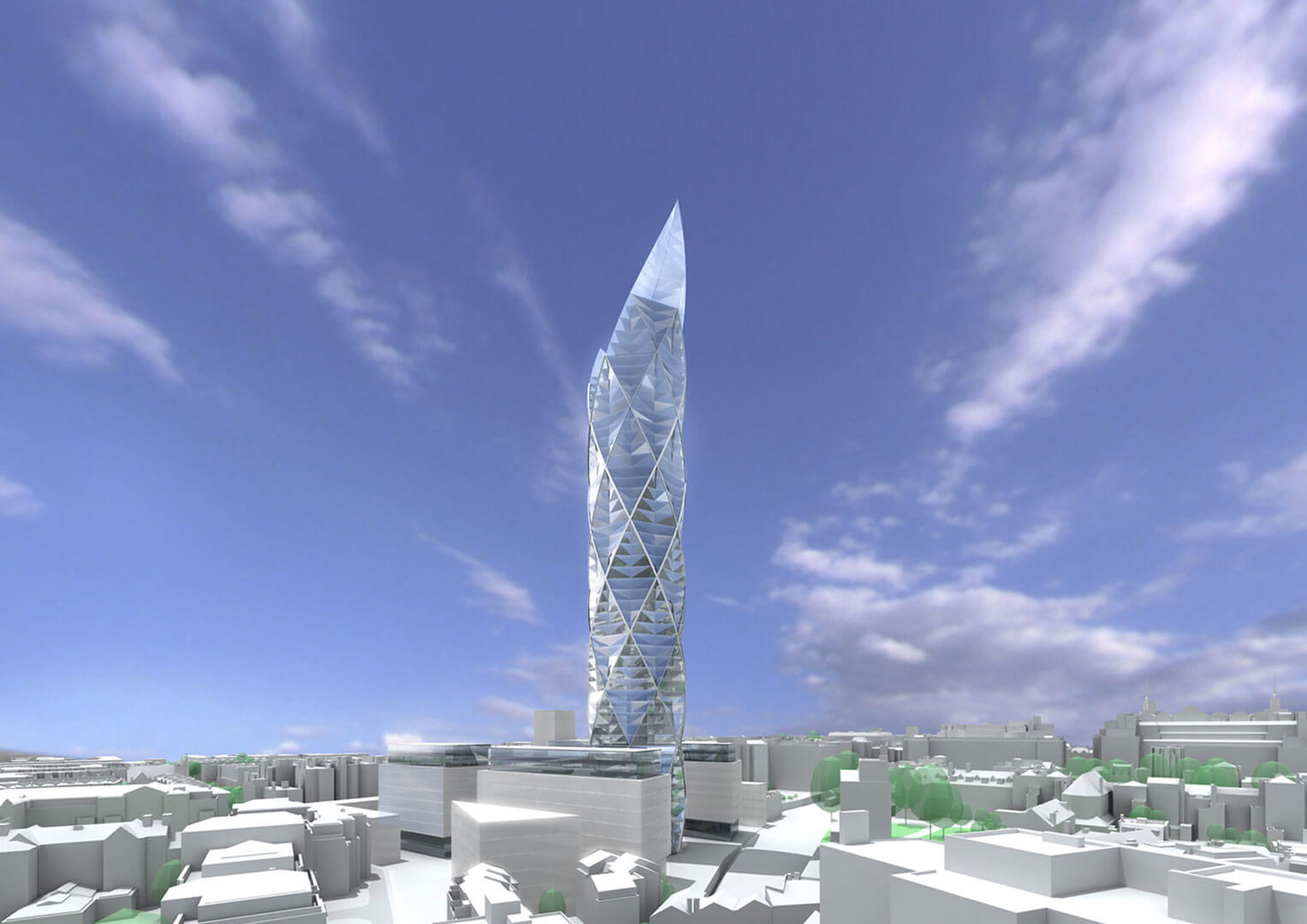 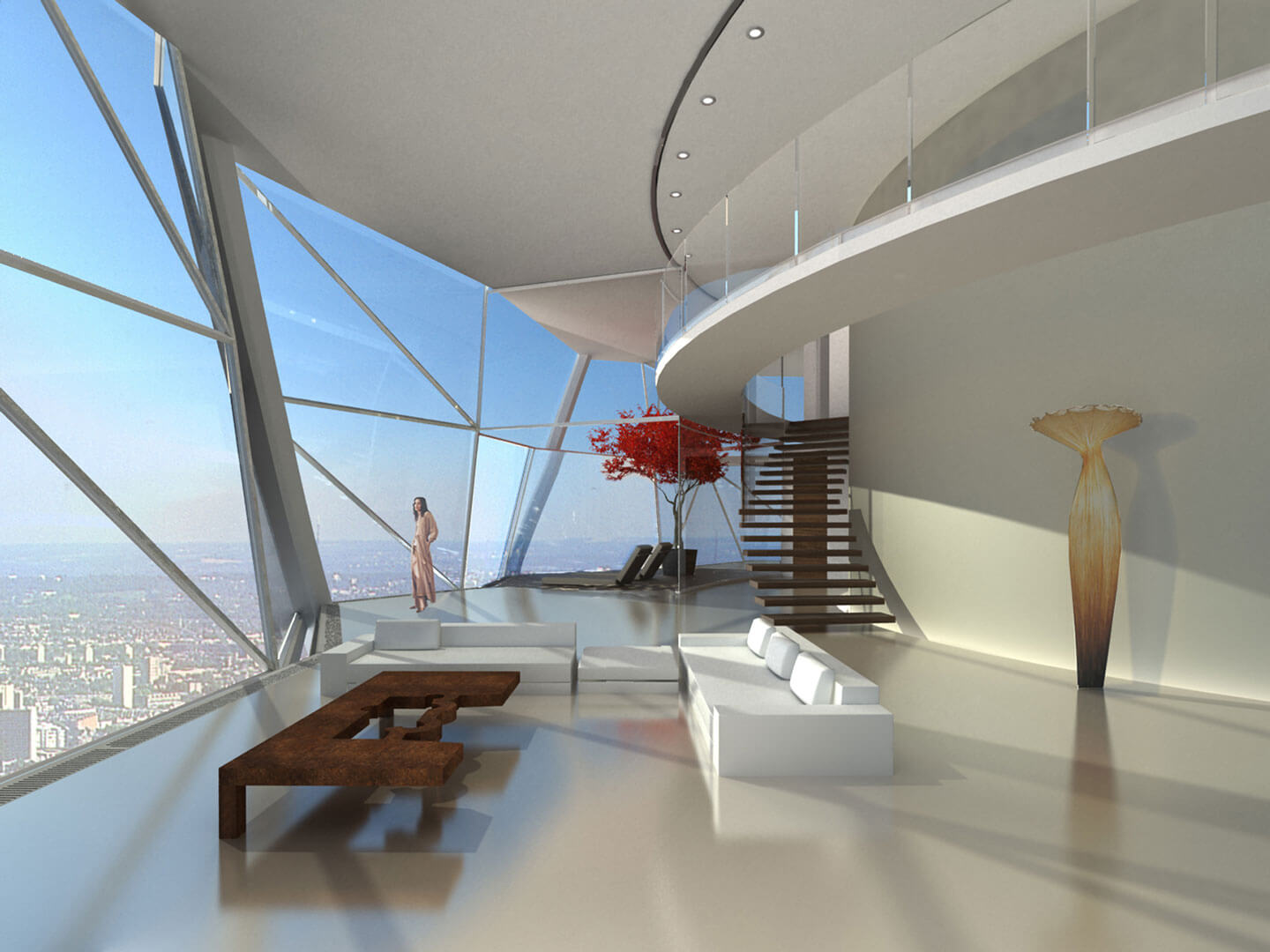 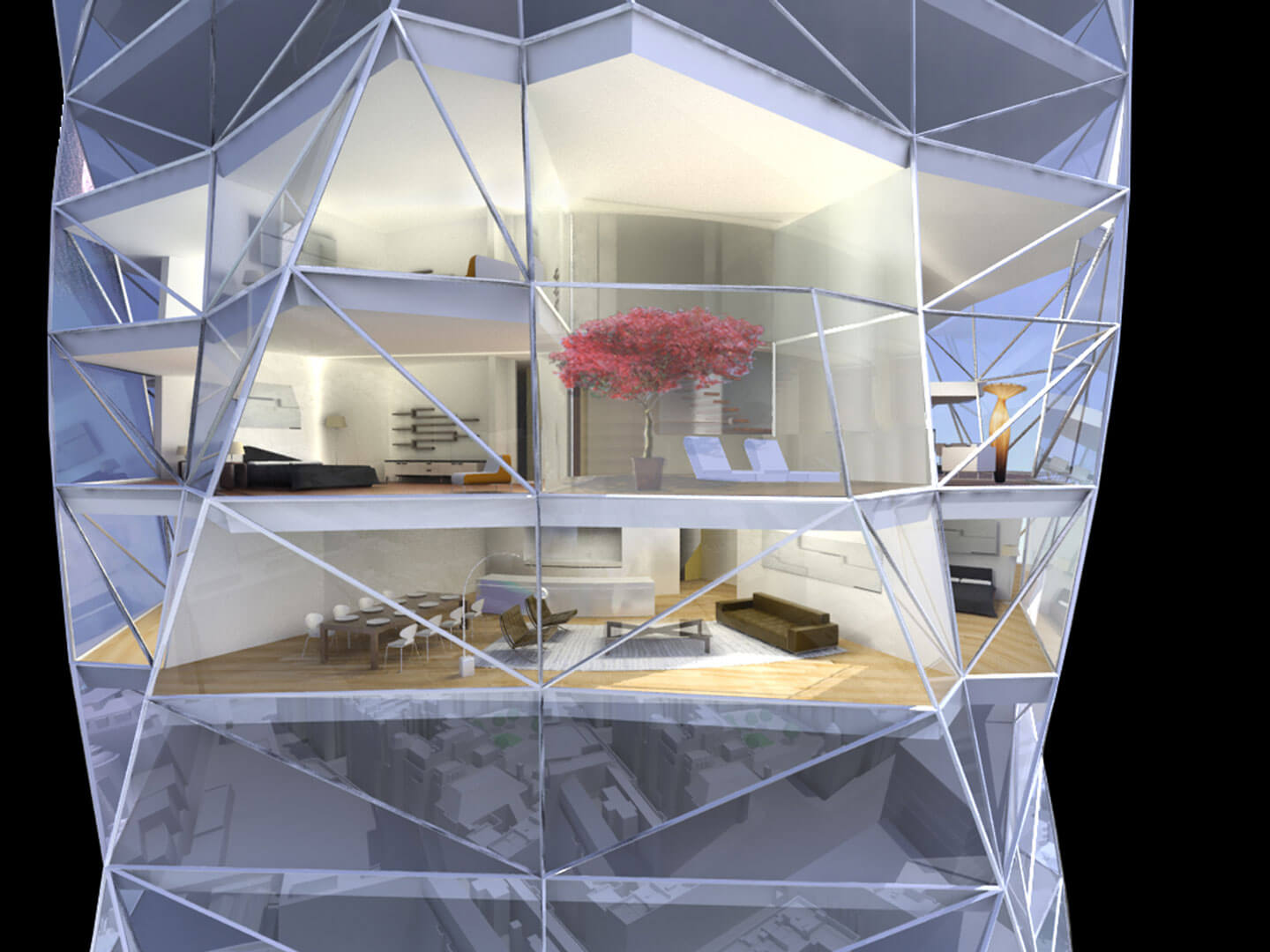 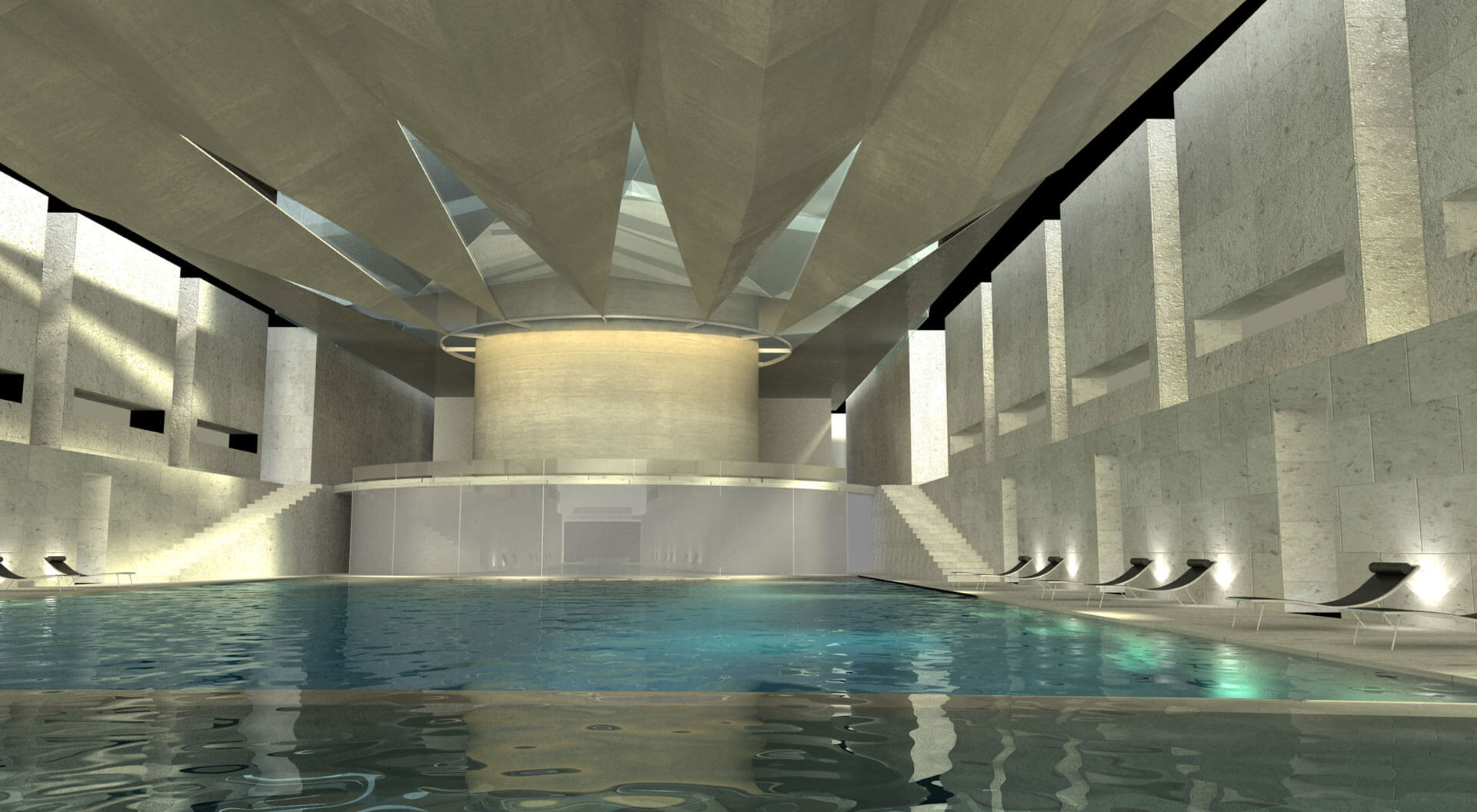 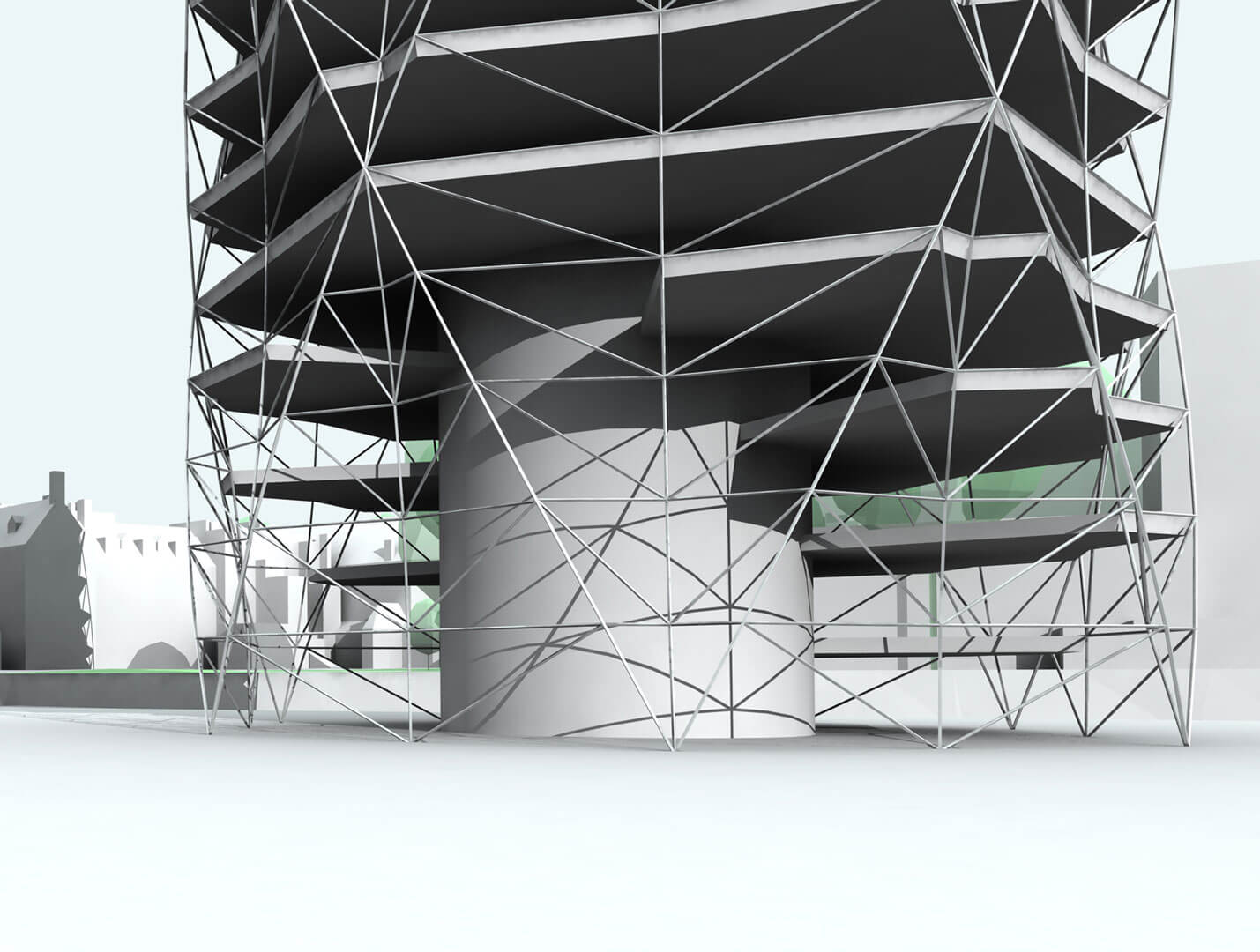 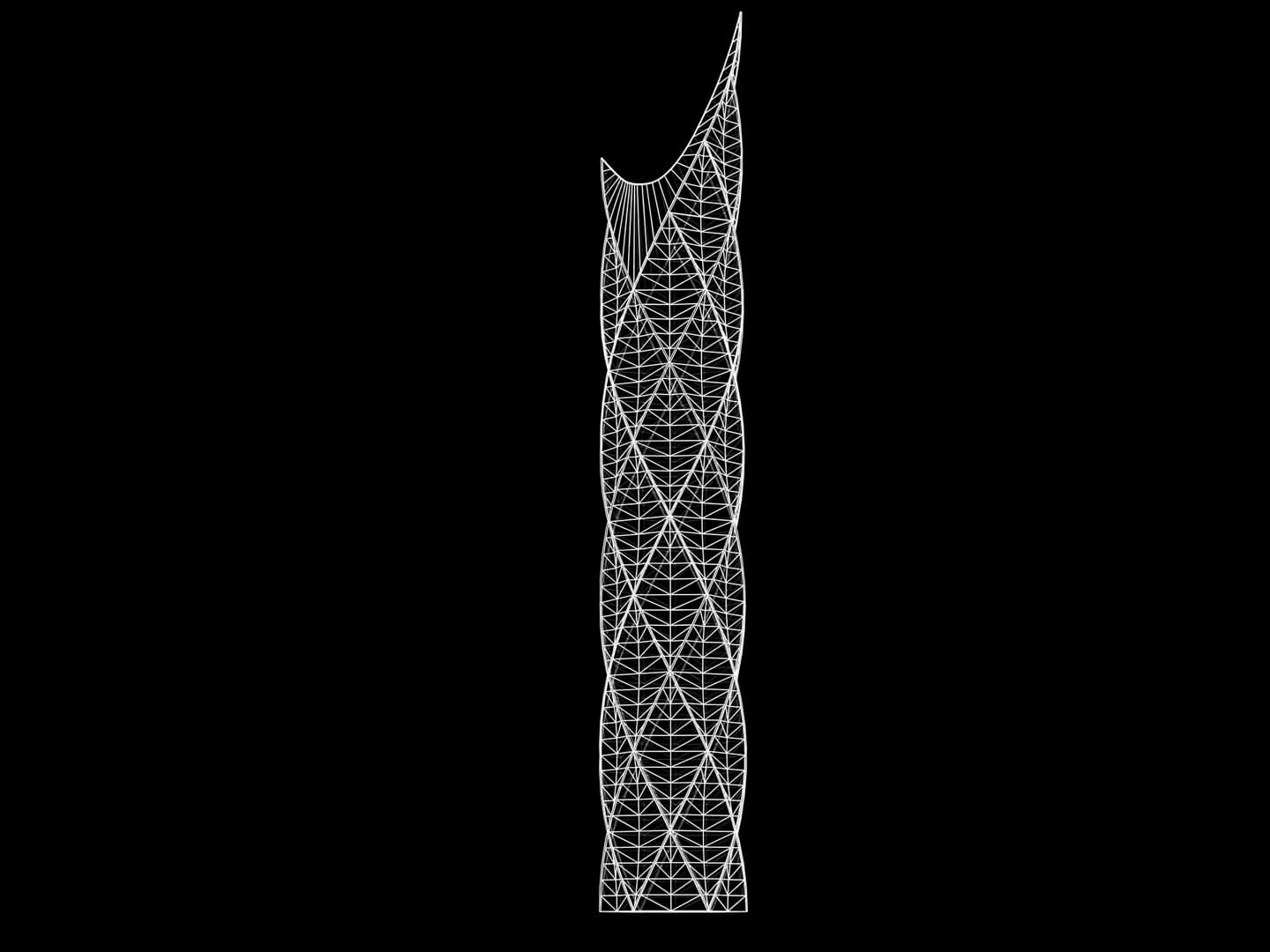 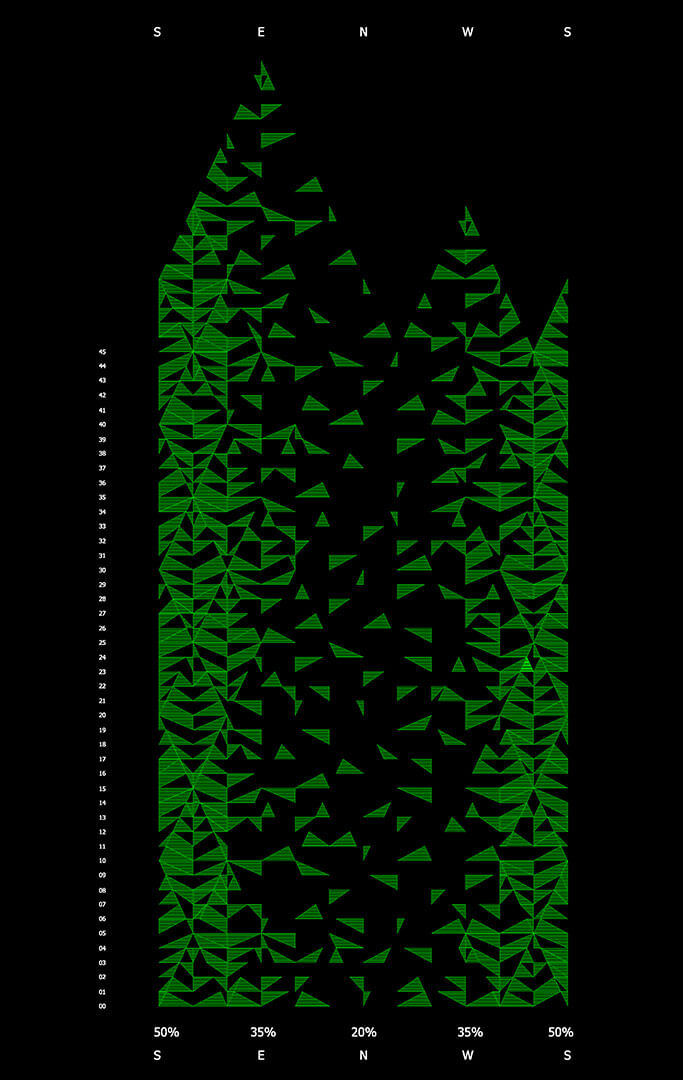 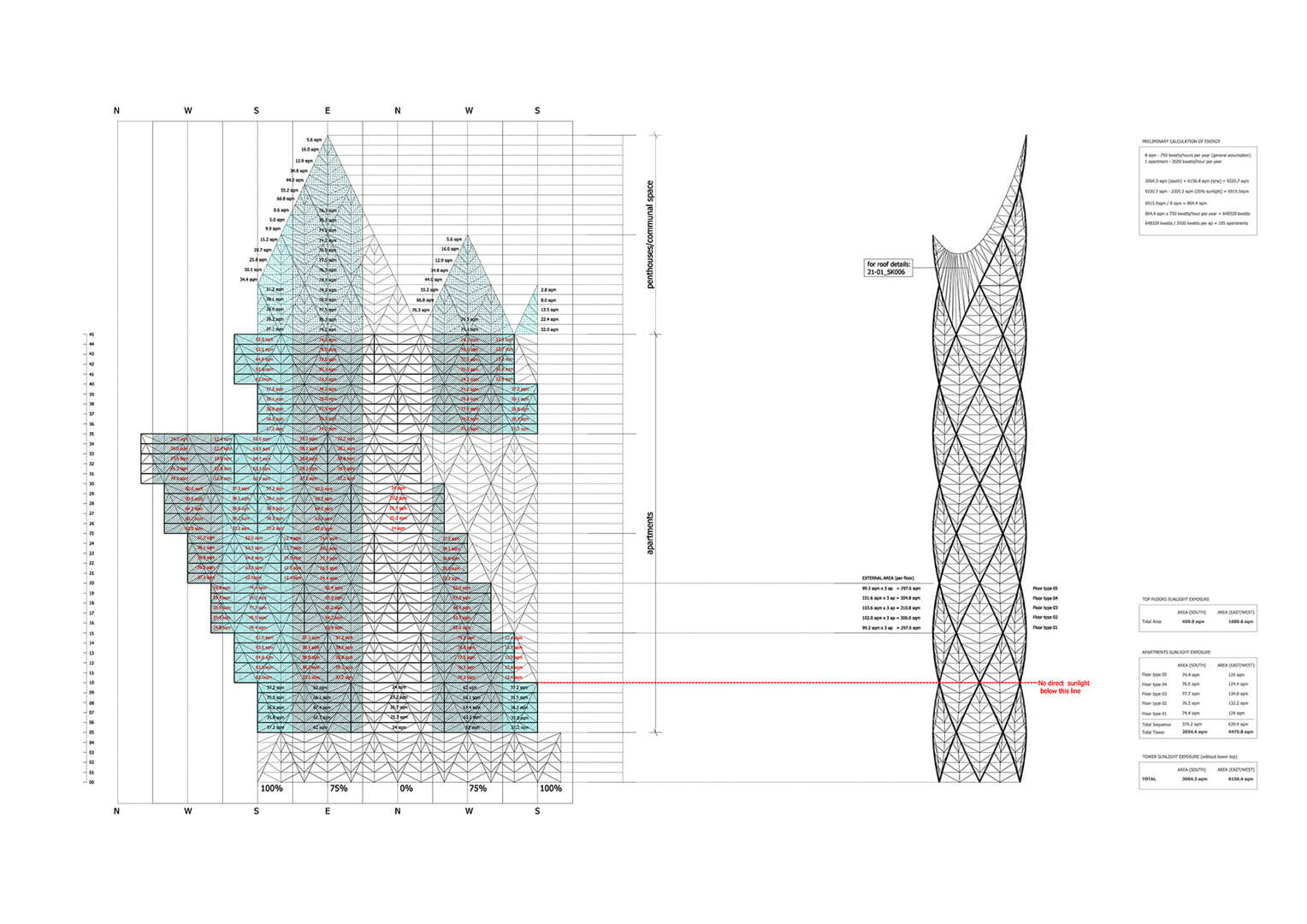 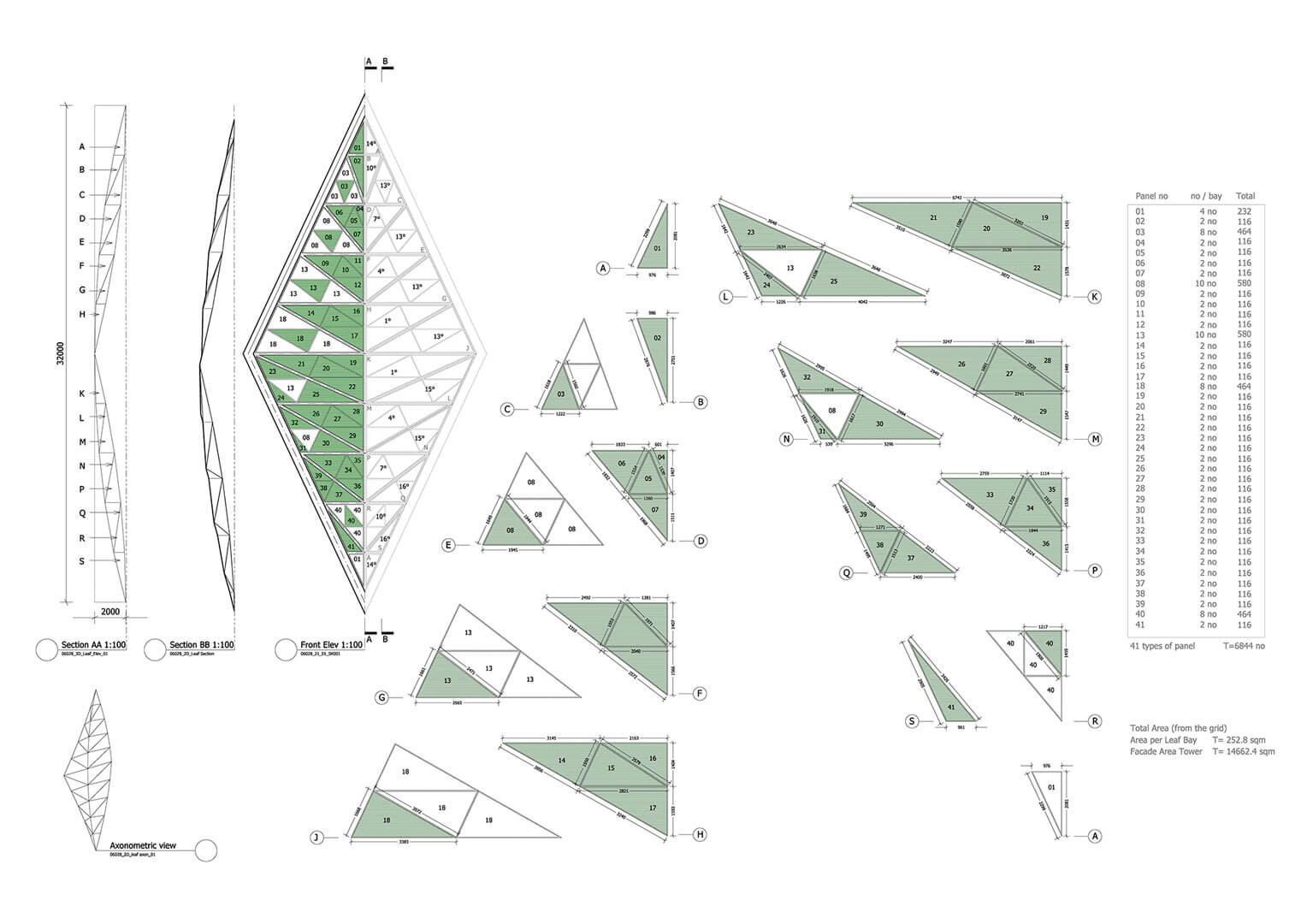 The Leaf Tower was a speculative research project based on the premise that a tower can generate 100% of its electricity requirements through harnessing available sunlight energy.

The scheme began with a structural analysis based on a leaf – a natural form which captures energy from the sun to fuel plant growth. Structurally the tower gains strength by adopting a folded pattern evolved from the stress pattern on a compressed cylindrical form. The folded geometry is then rotated with each floor until we get five different floorplate types, repeating up the tower in sequence.

Solar photo voltaic panels are inserted across the facade, increasing in density on the southern orientation where sunlight is at its strongest. They also serve to minimise solar gain inside the south facing accommodation. The mixture of solid and transparent panels on the facade projects a strong geometric pattern both from inside and out, creating a strong identity for the development.