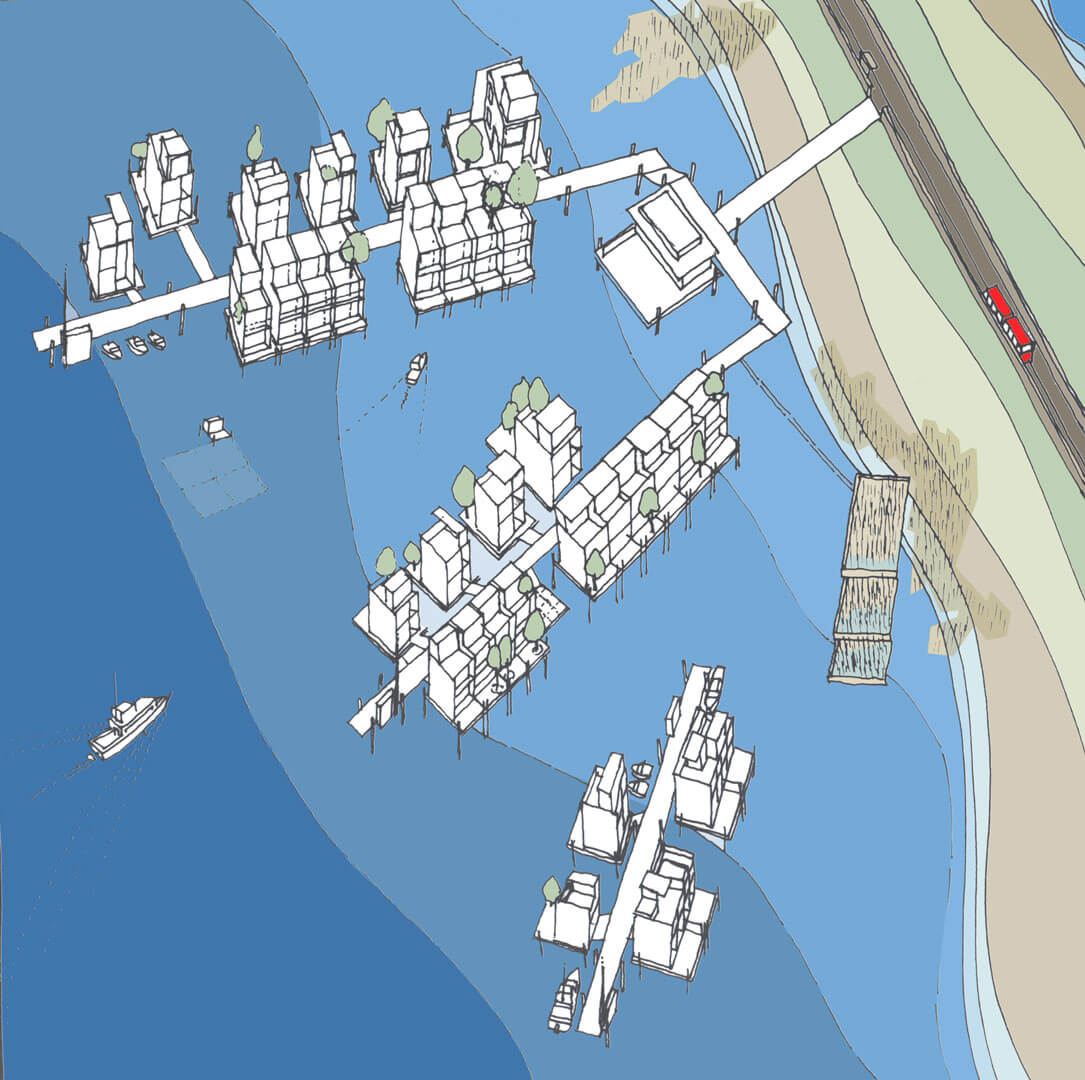 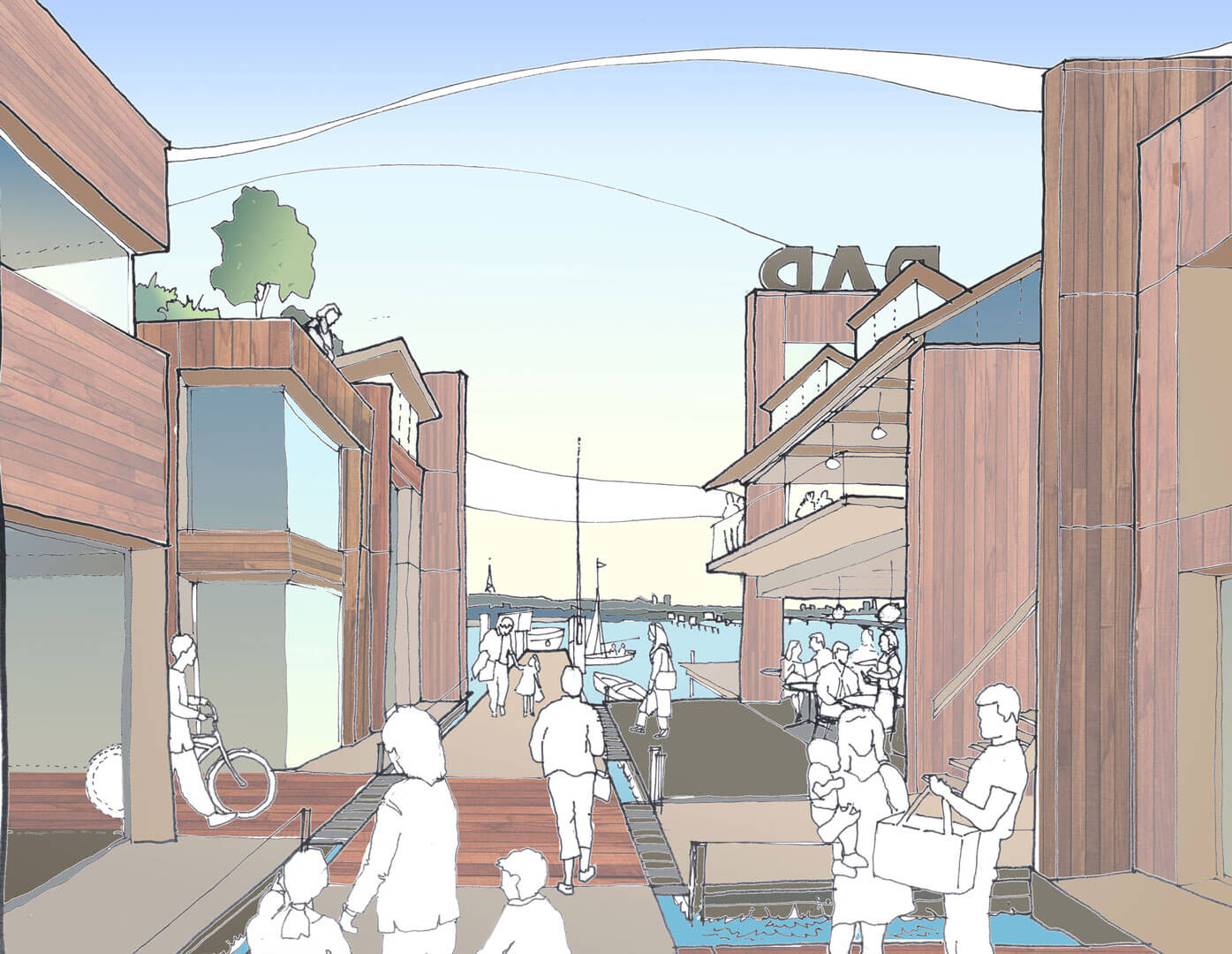 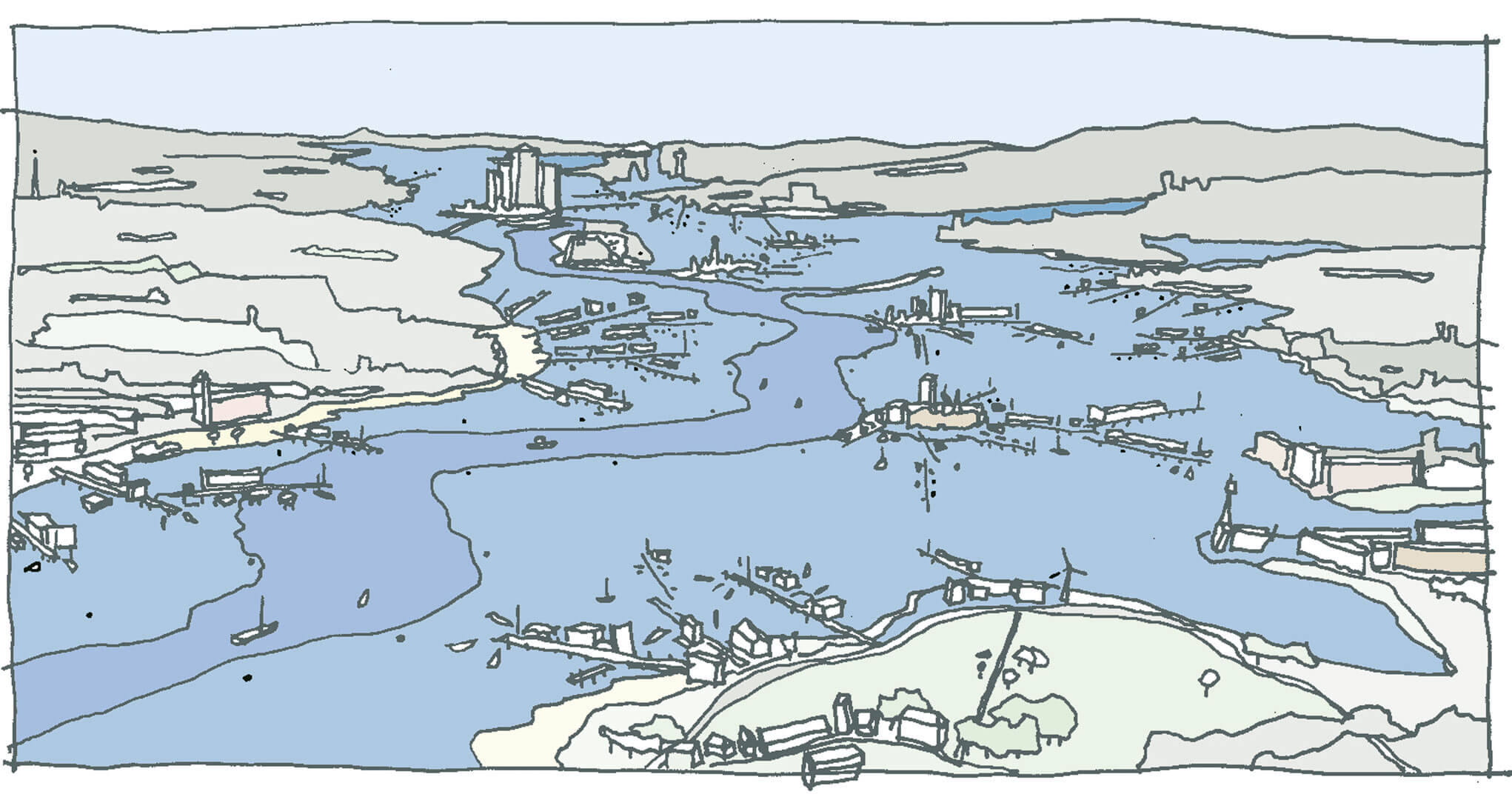 A RIBA competition asked practices to consider how the London house would look in 50 years’ time. This entry approached the issue strategically by recognising the current threat of flooding to new housing in the Thames Gateway, and making the provocative projection that global warming would raise the height of the Thames by five metres before 2055. To illustrate this projection, the map of London was re-drawn to present large swathes of the present centre under water.

A prototype building, which would serve as a template for further development over the next 50 years, was designed to combat this threat. An amphibious timber structure would rest upon a watertight concrete basement to provide buoyancy as the water levels rose. London would become a floating community with houses rising and falling with the tide, their floating foundations allowing them to change their aspect as and when they chose.