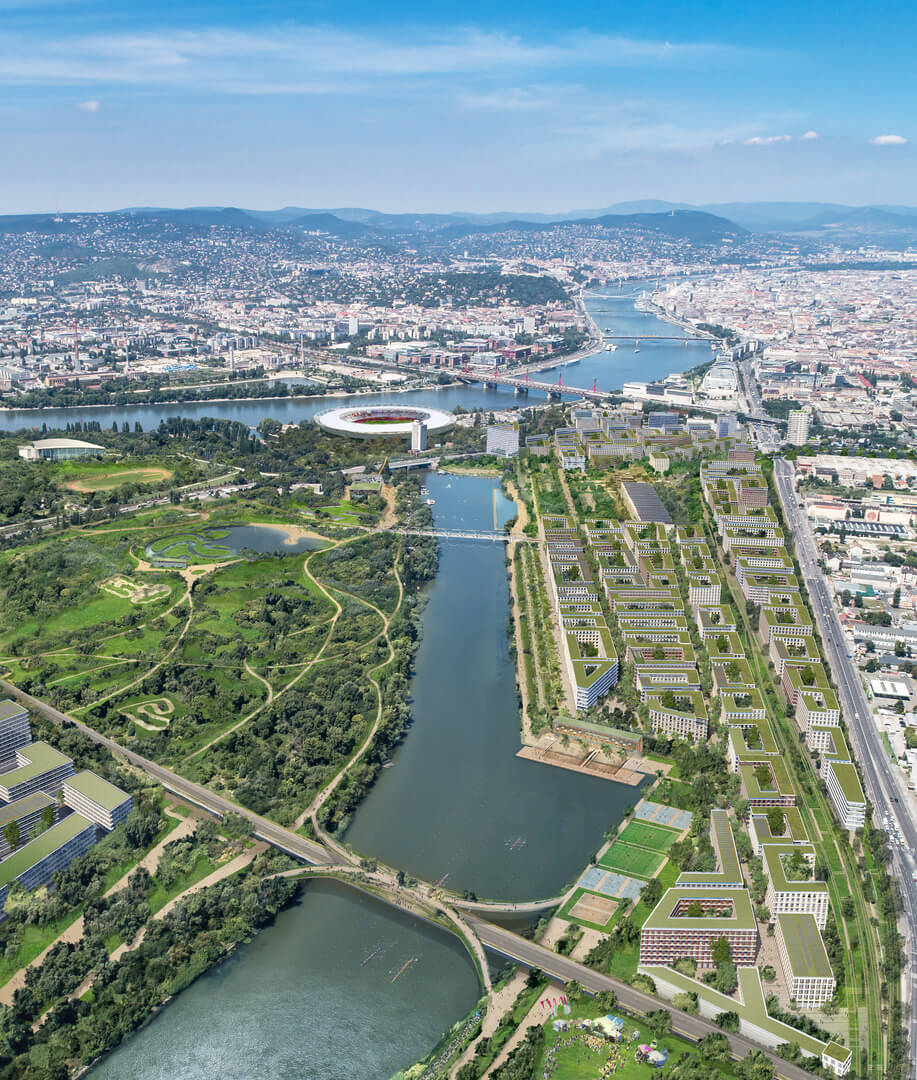 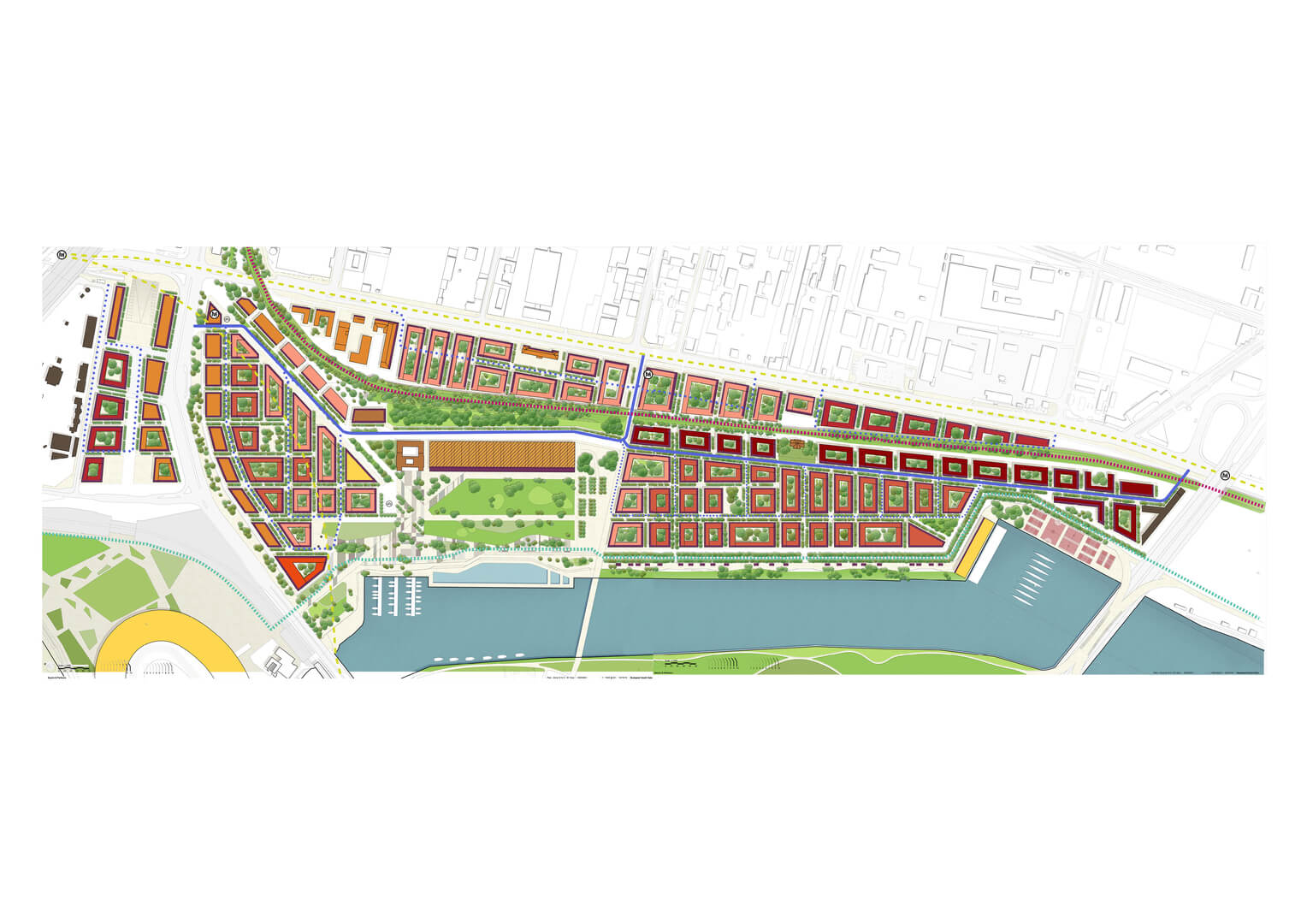 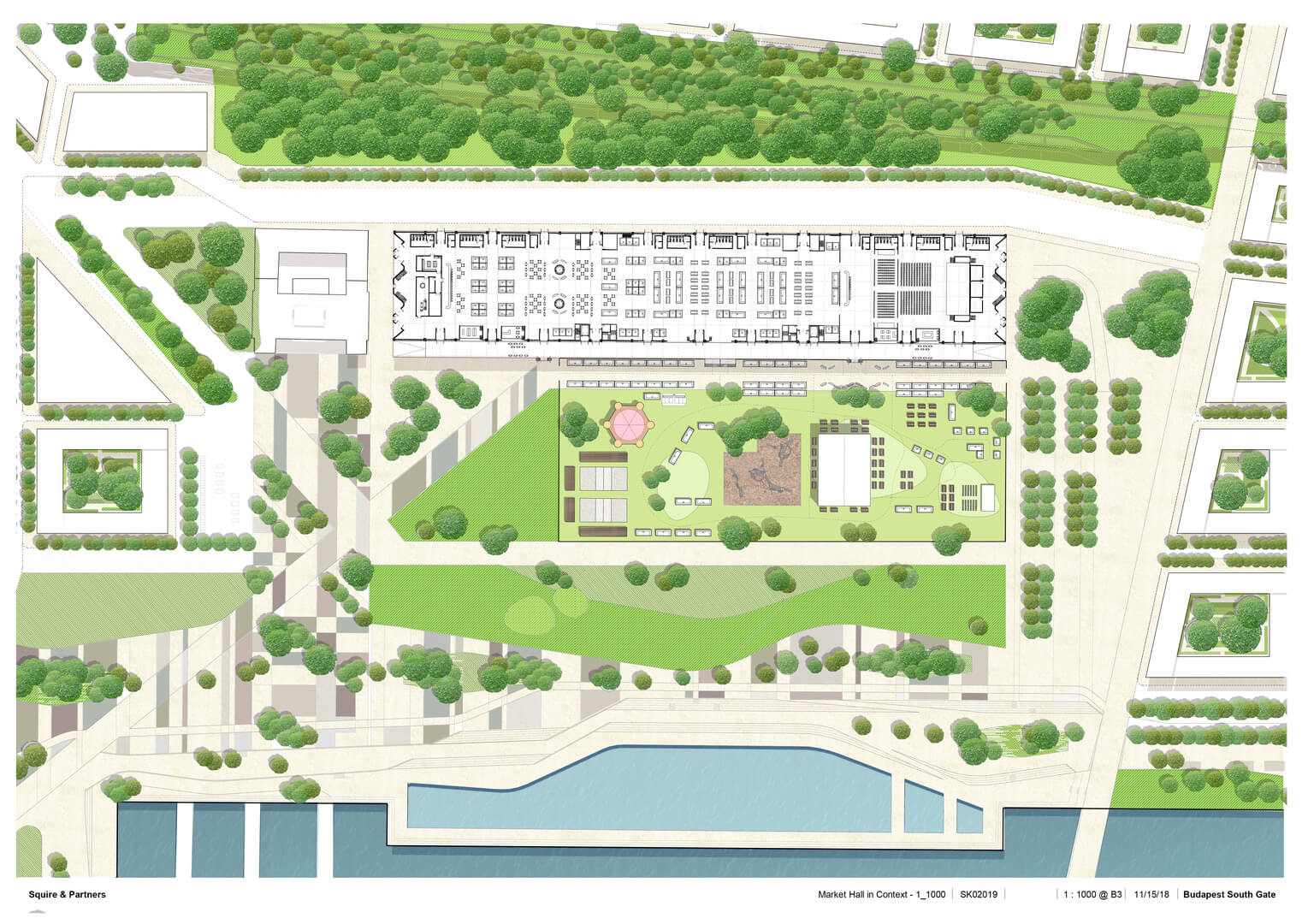 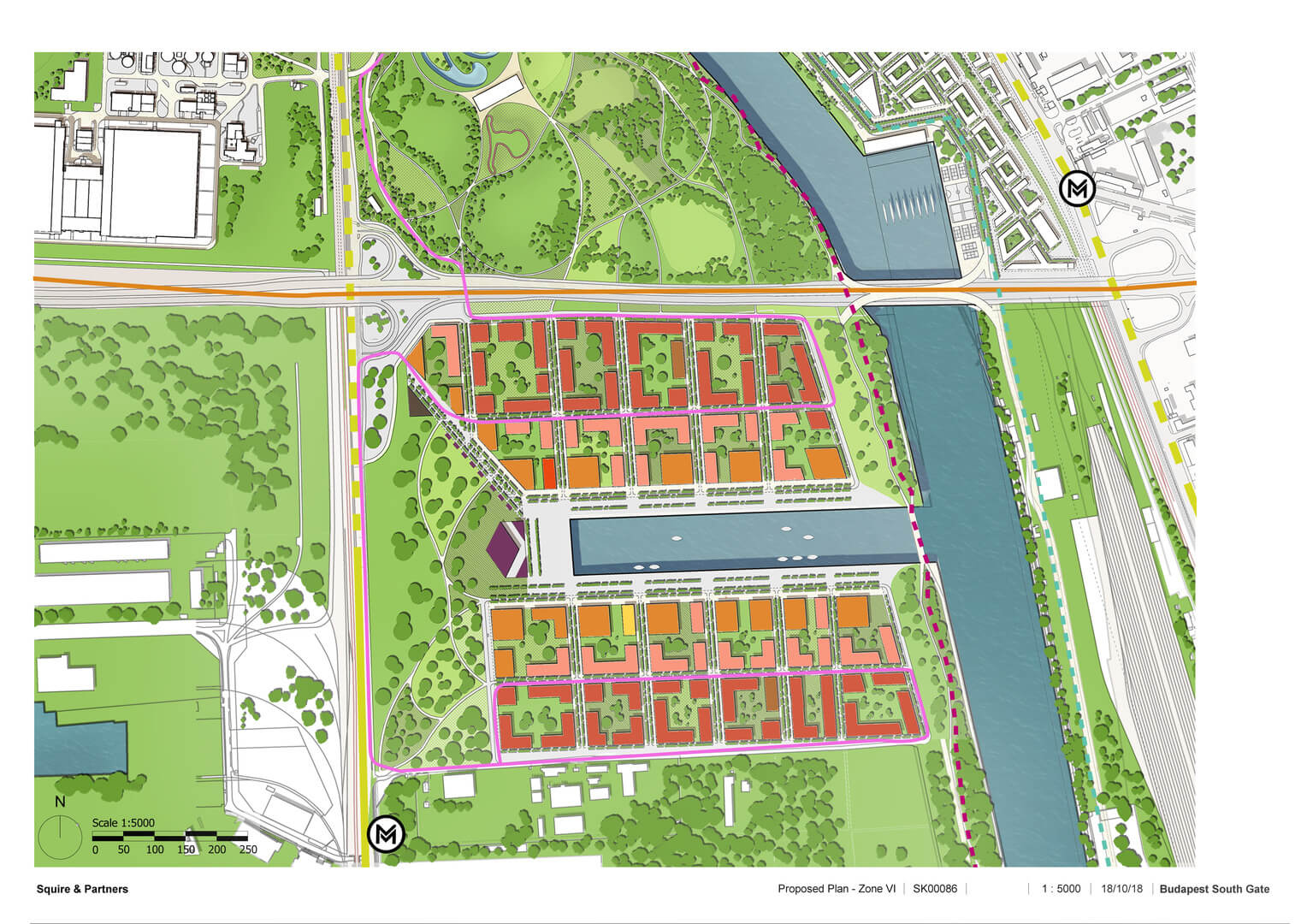 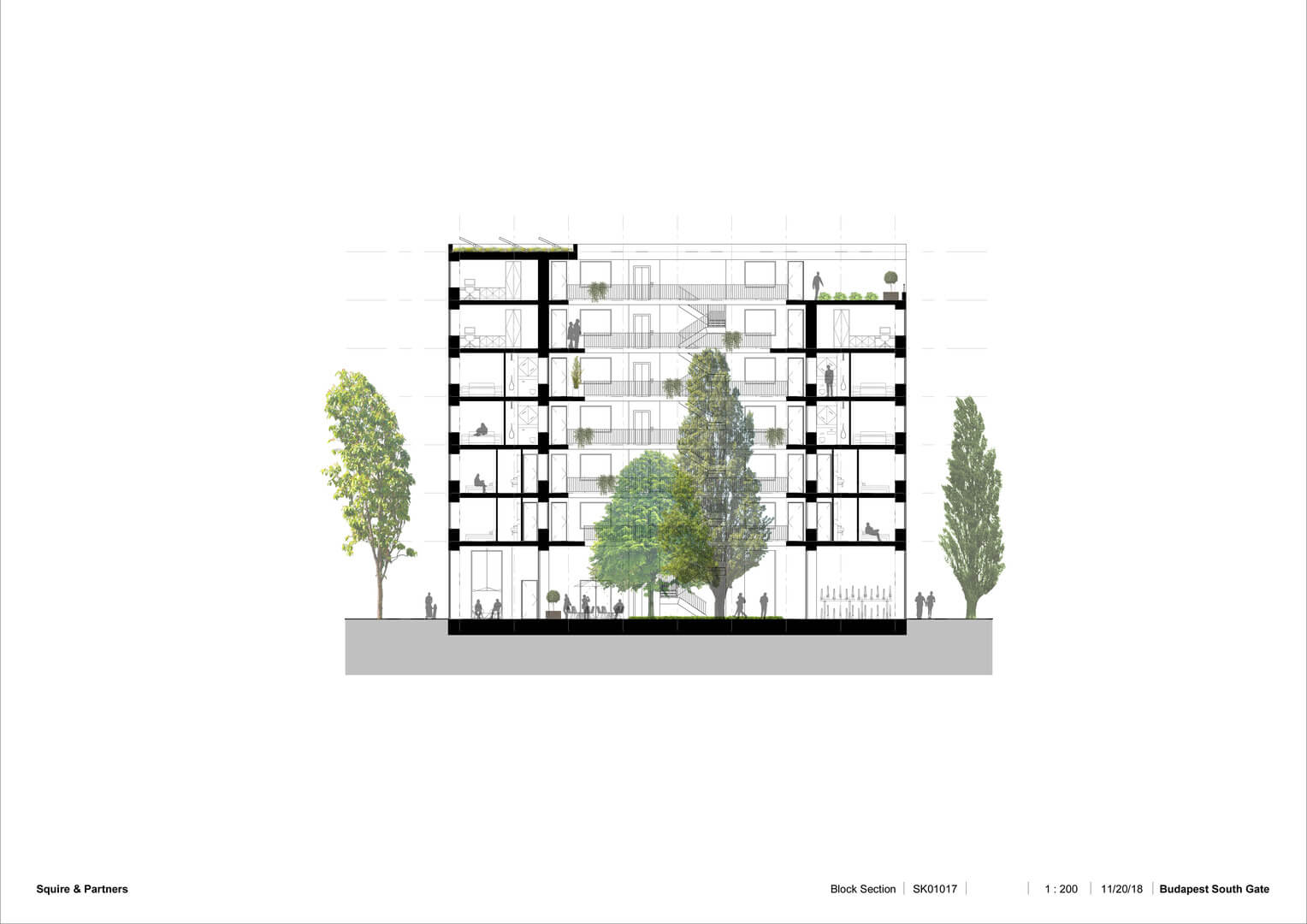 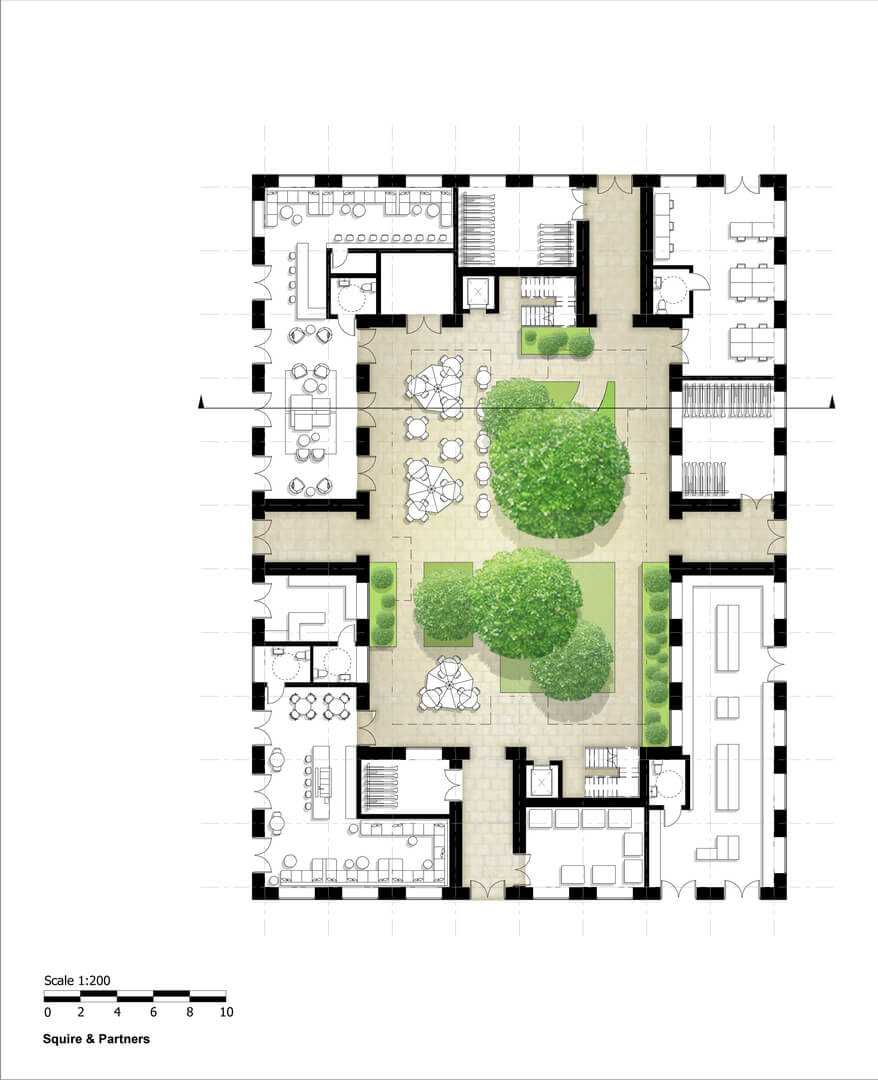 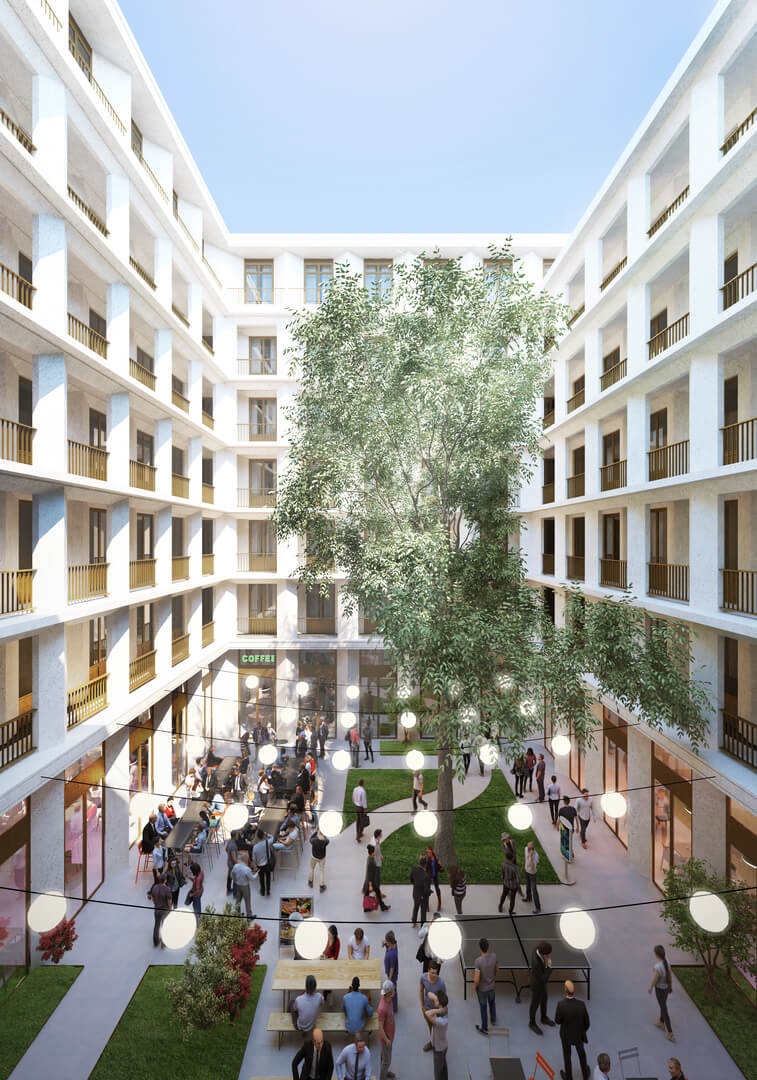 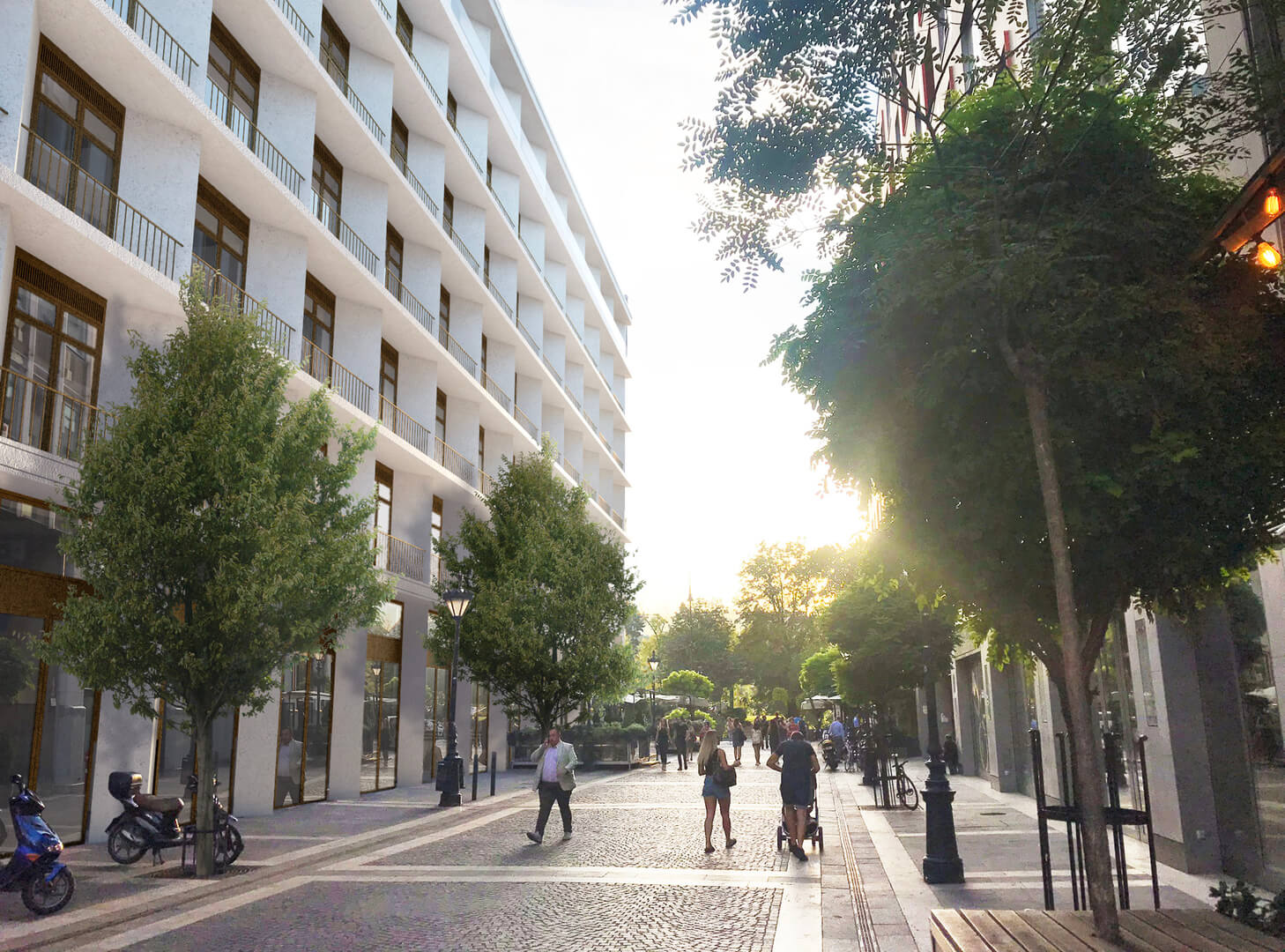 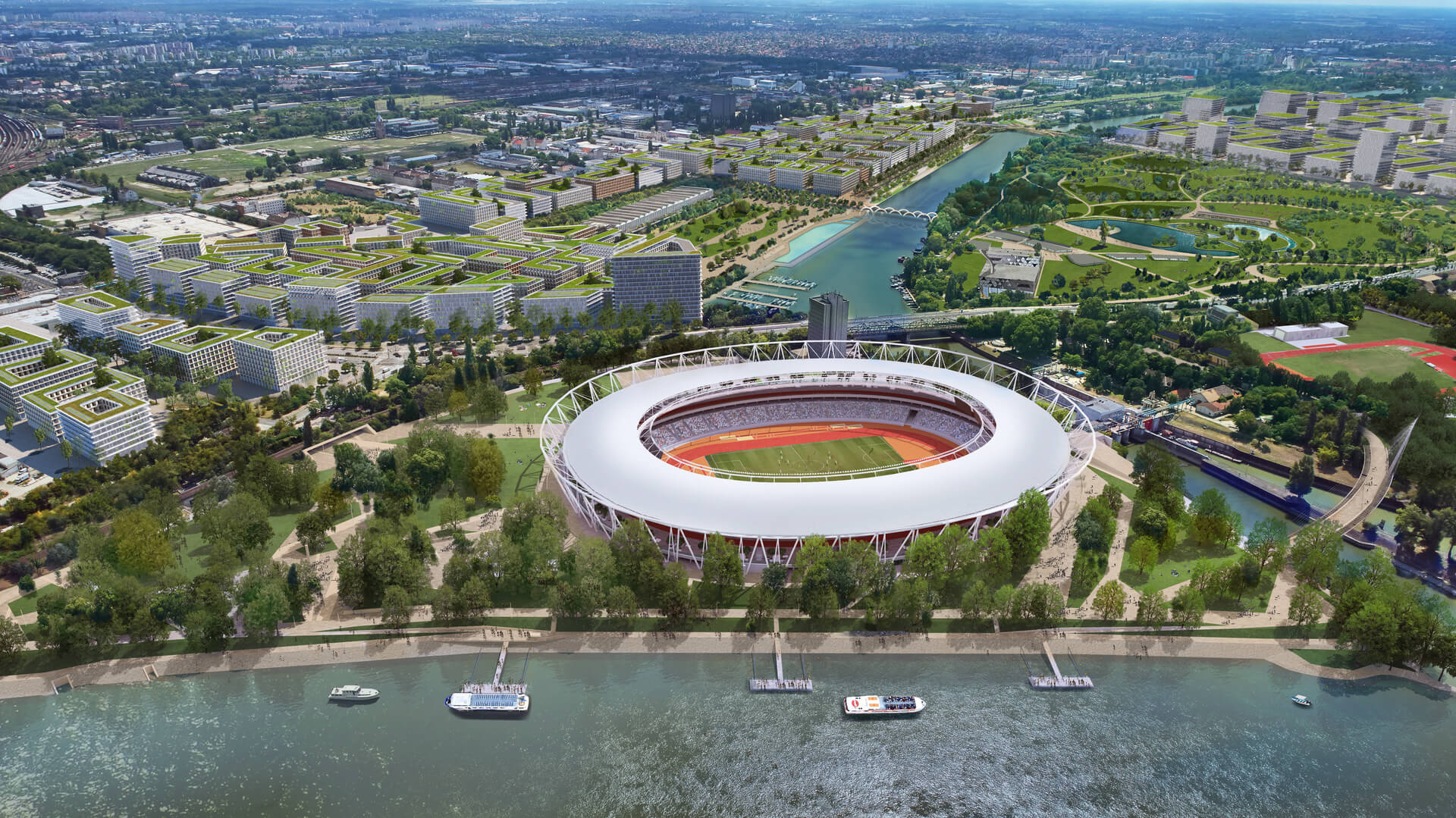 The competition for Budapest South Gate invited proposals from 17 teams of international architects to create a masterplan vision for a 130-hectare brownfield site to the south of the city centre, organised by the Hungarian Government. The aim was to establish a vibrant new student district with the ability to host major European and international sporting events in the future.

Squire & Partners’ proposals take inspiration from the dense courtyard buildings which characterise the city centre, to create a vernacular of low rise urban blocks with open walkways organised around a series of public and private green spaces.

Physical and visual connections are created between a planned stadium and bridge as well as a new transport hub. At the centre of the development, a 1930s market hall is retained and refurbished as a flexible space capable of hosting year round events, opening out onto a public green space which steps down towards the Danube, where a 240m long natural swimming pool is created.

The plan creates apartments for approximately 12,000 university students, professors and their families, as well as 21,800 other residents, hotels, a large new library, restaurants, bars, retail space, workspace and open parkland designed for leisure and recreation all year round.A series of sports facilities are zoned to the west of the site, comprising a world class athletics centre, extreme sports park and rowing centre.