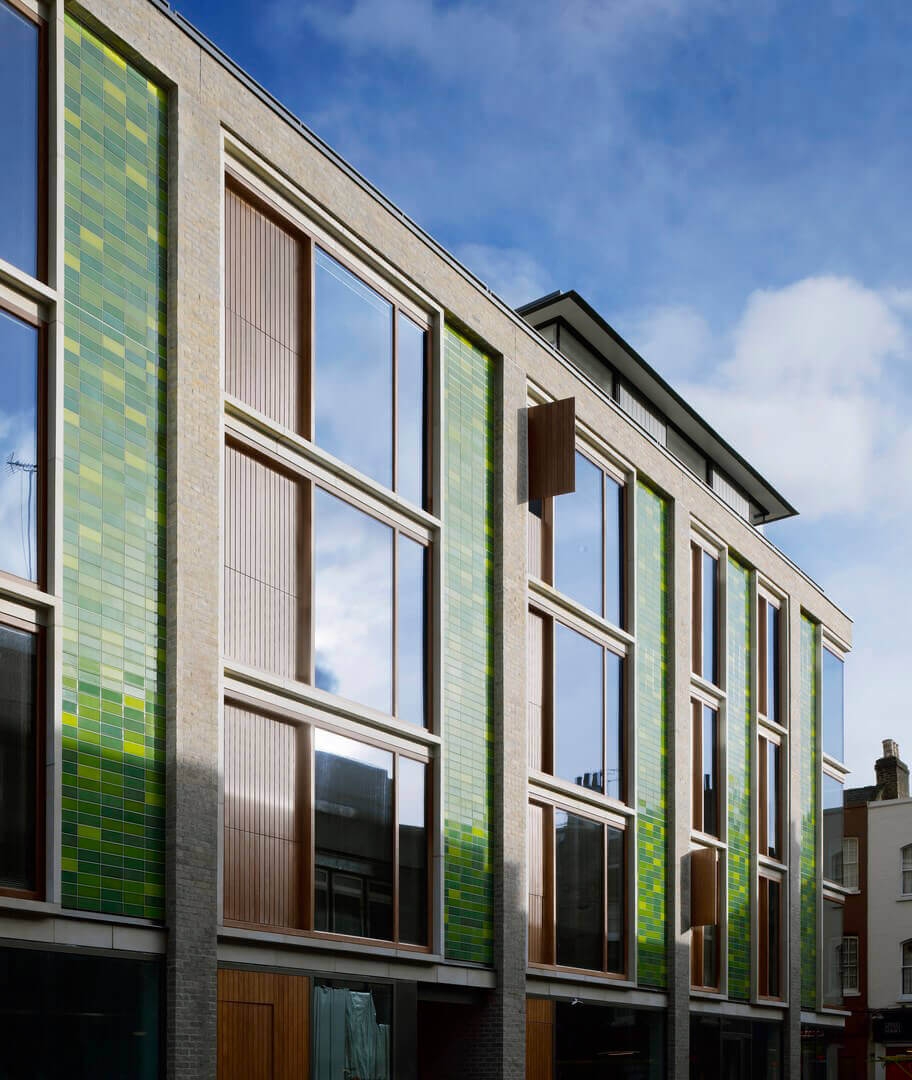 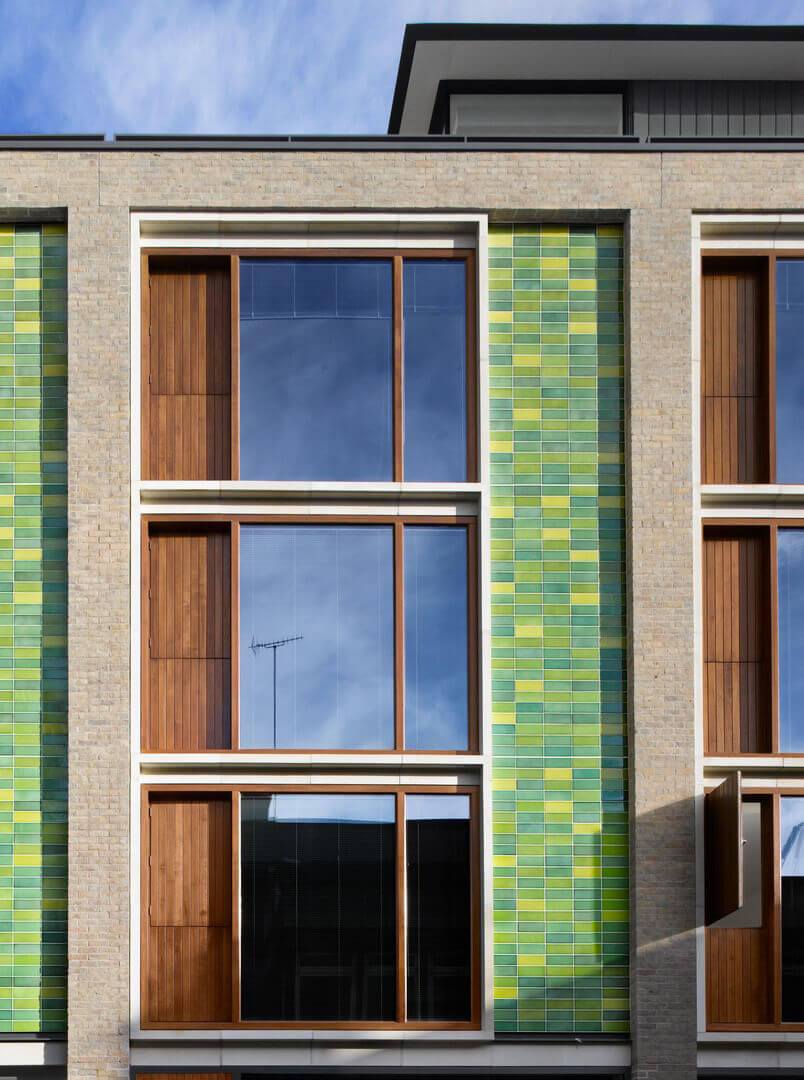 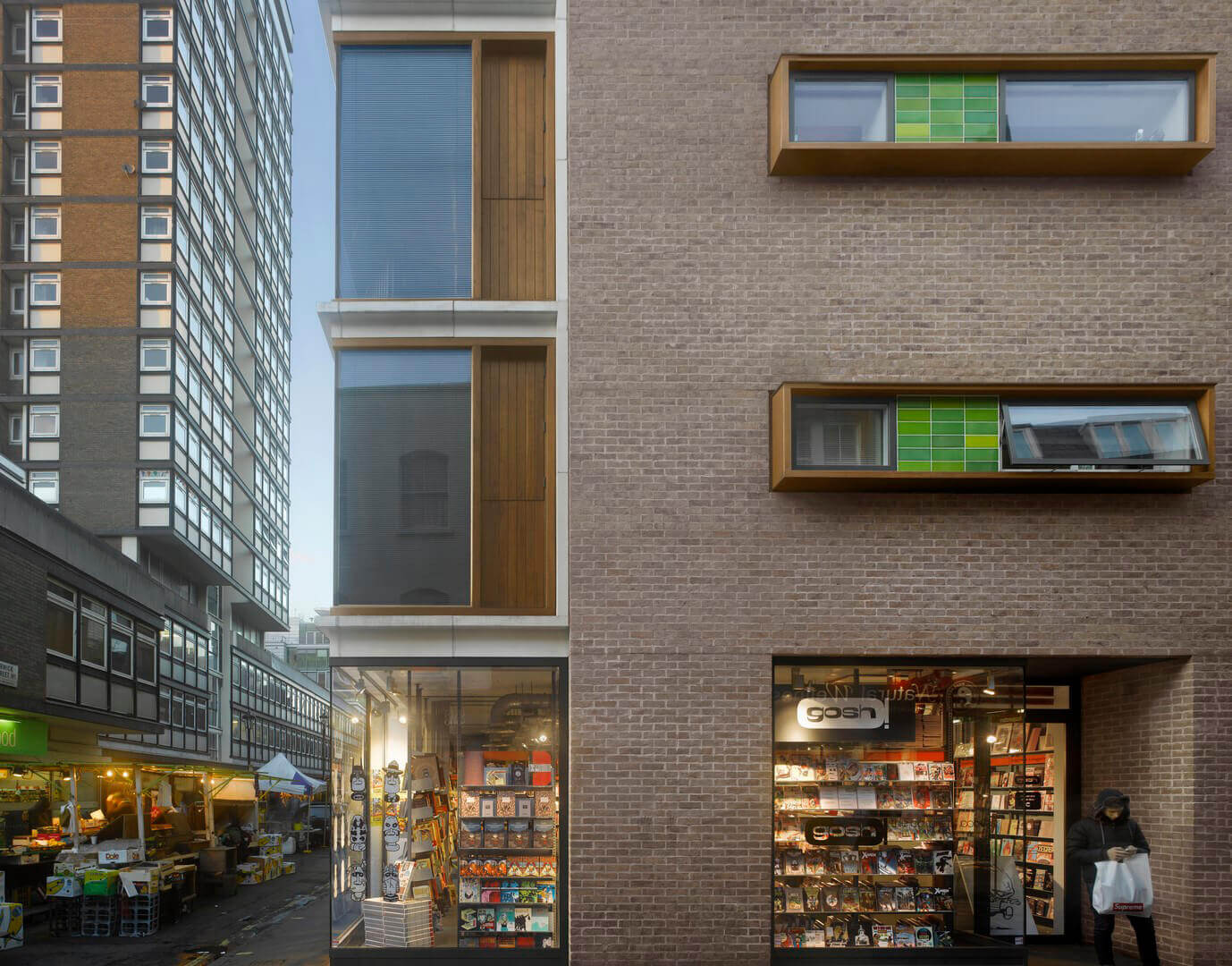 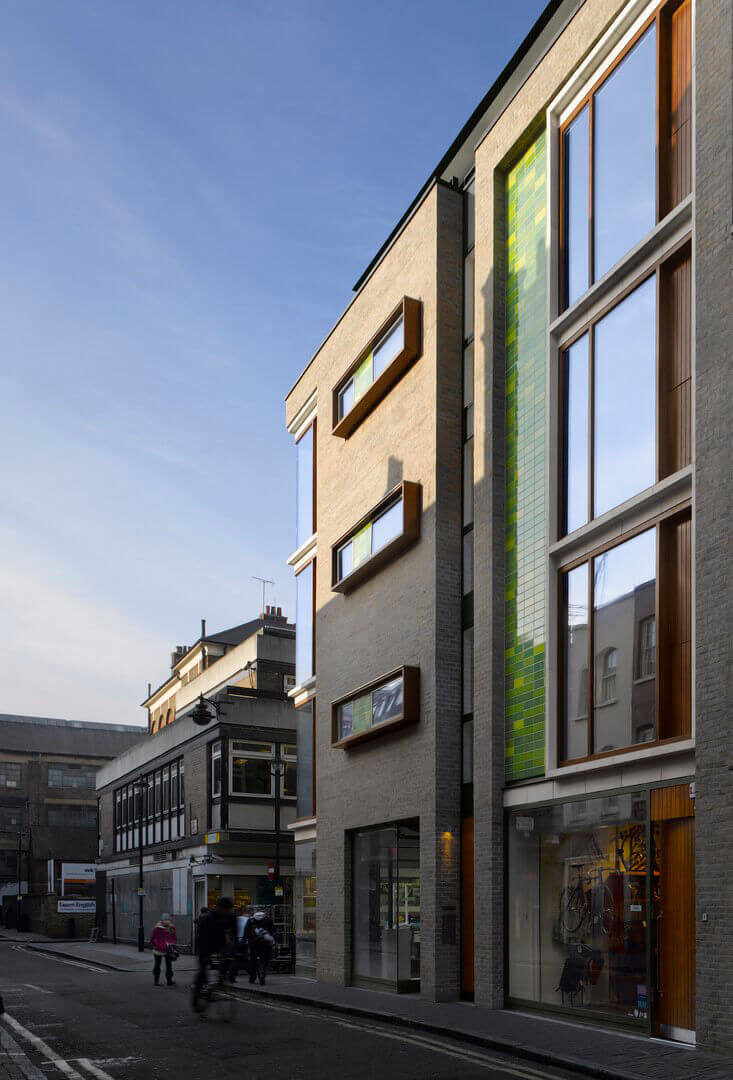 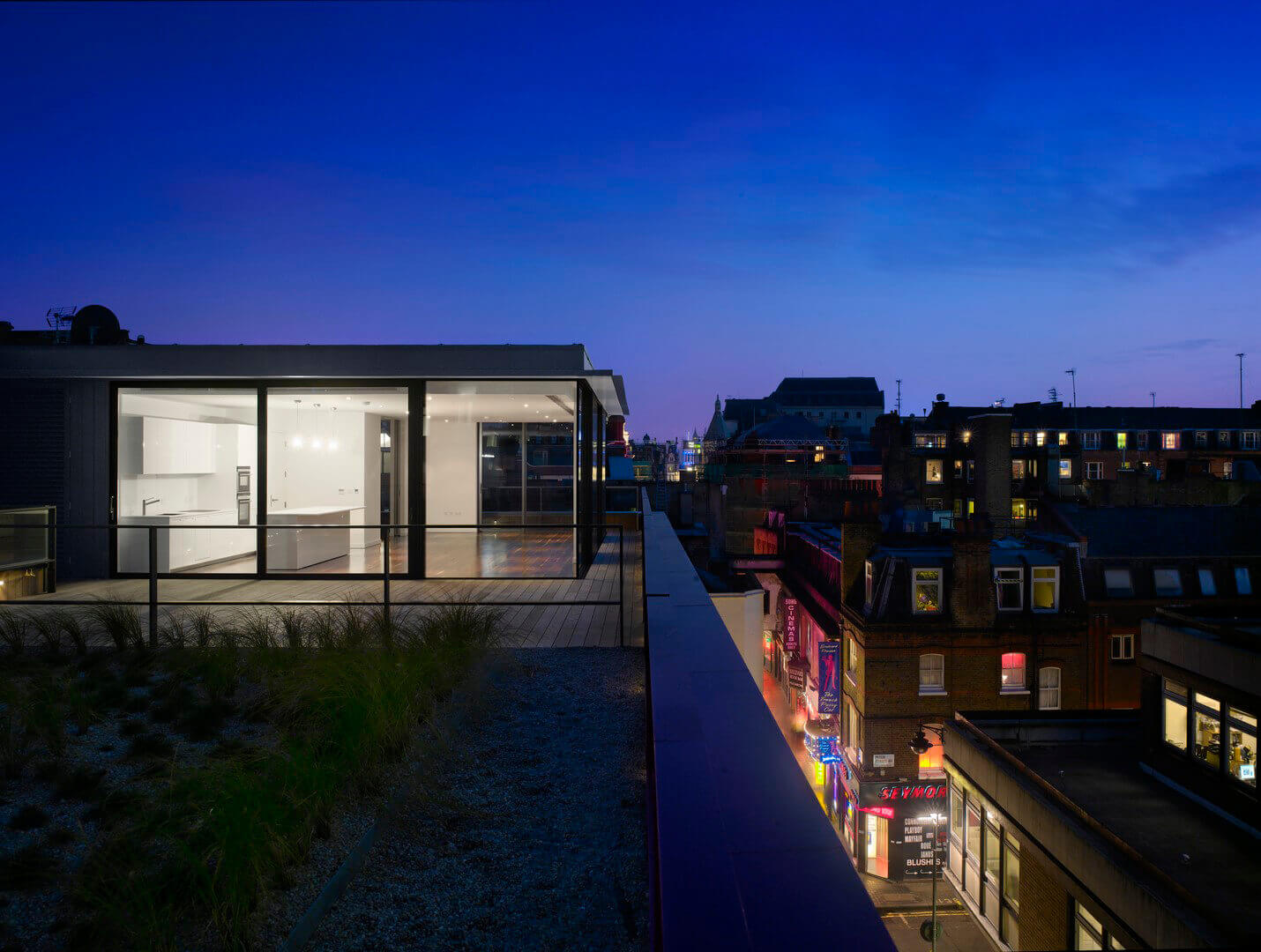 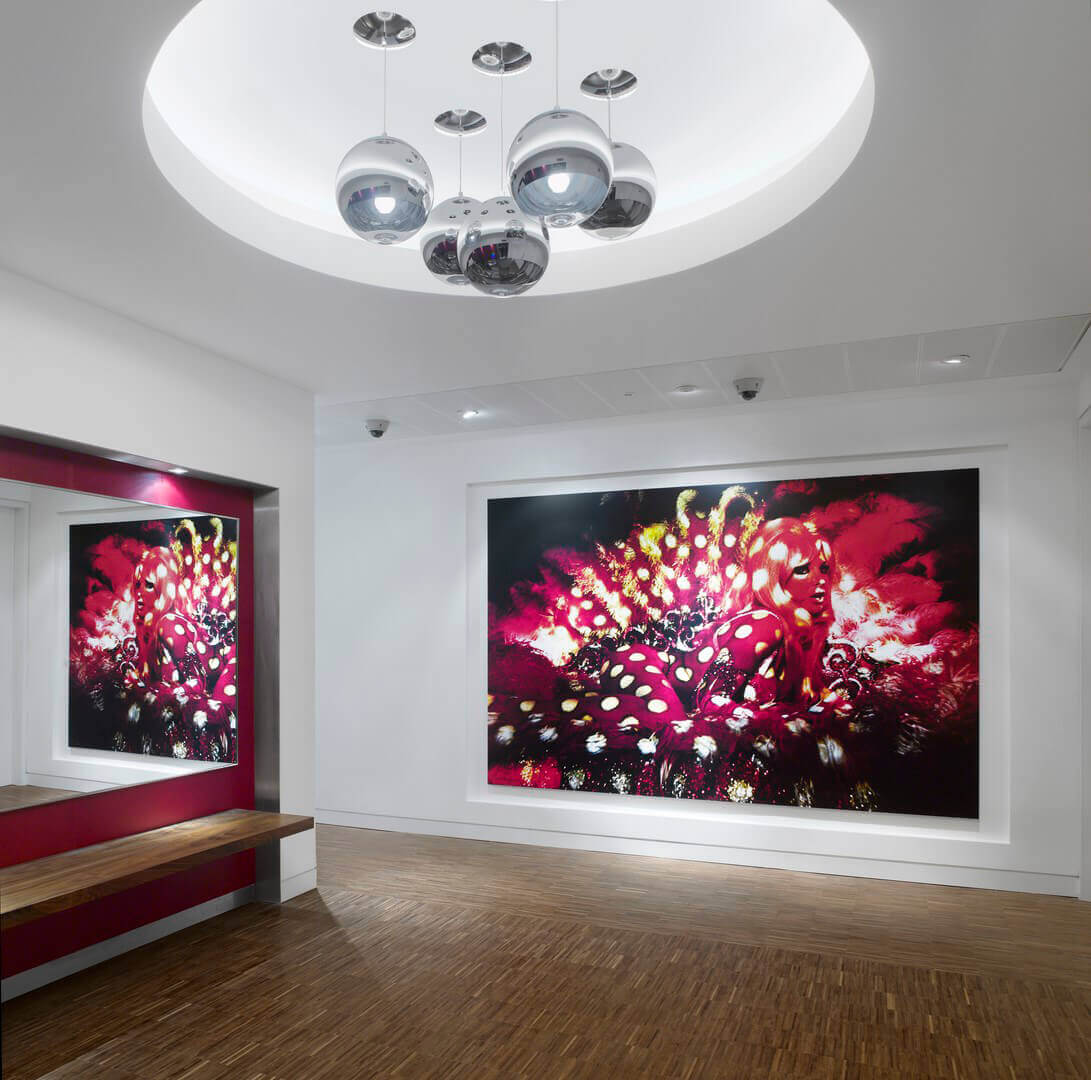 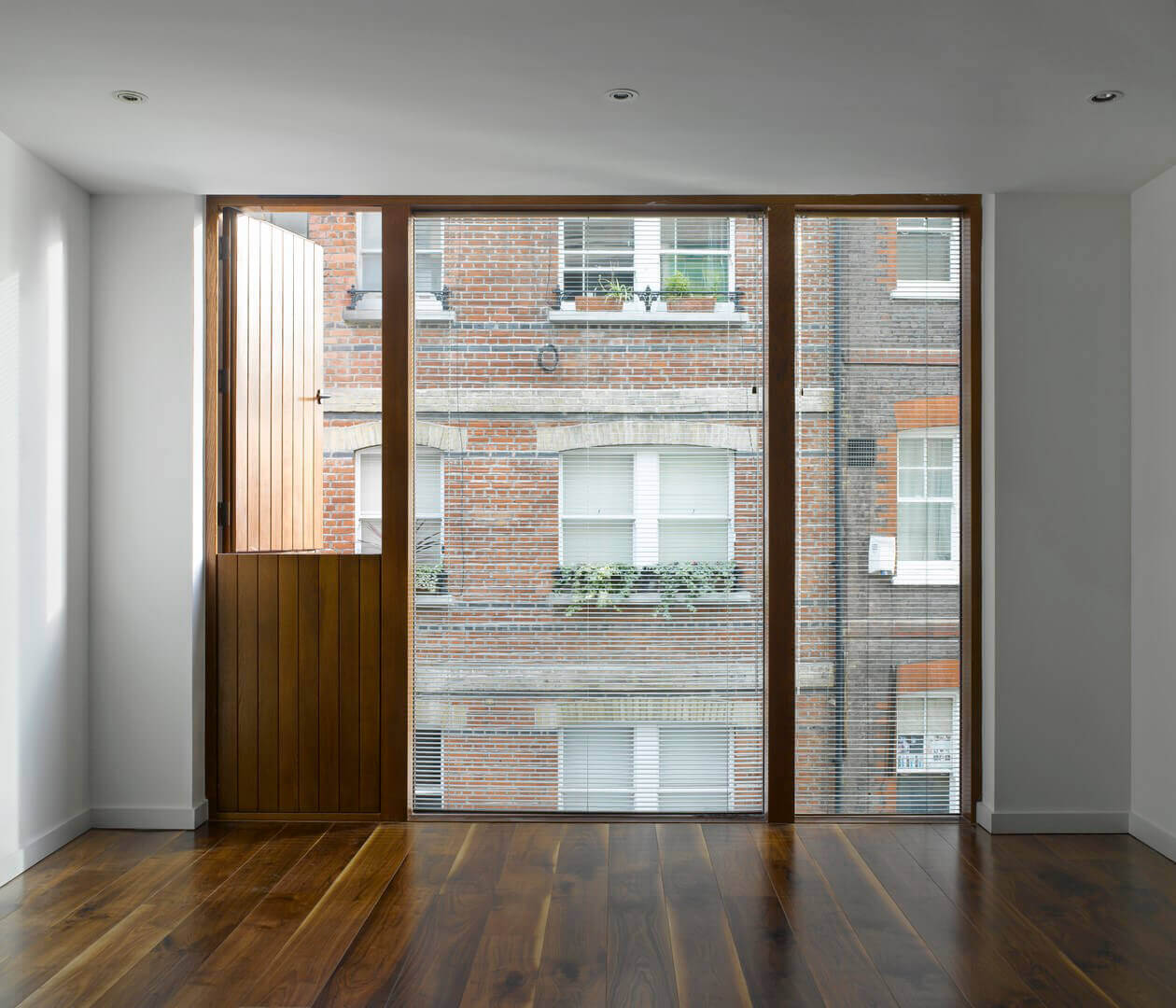 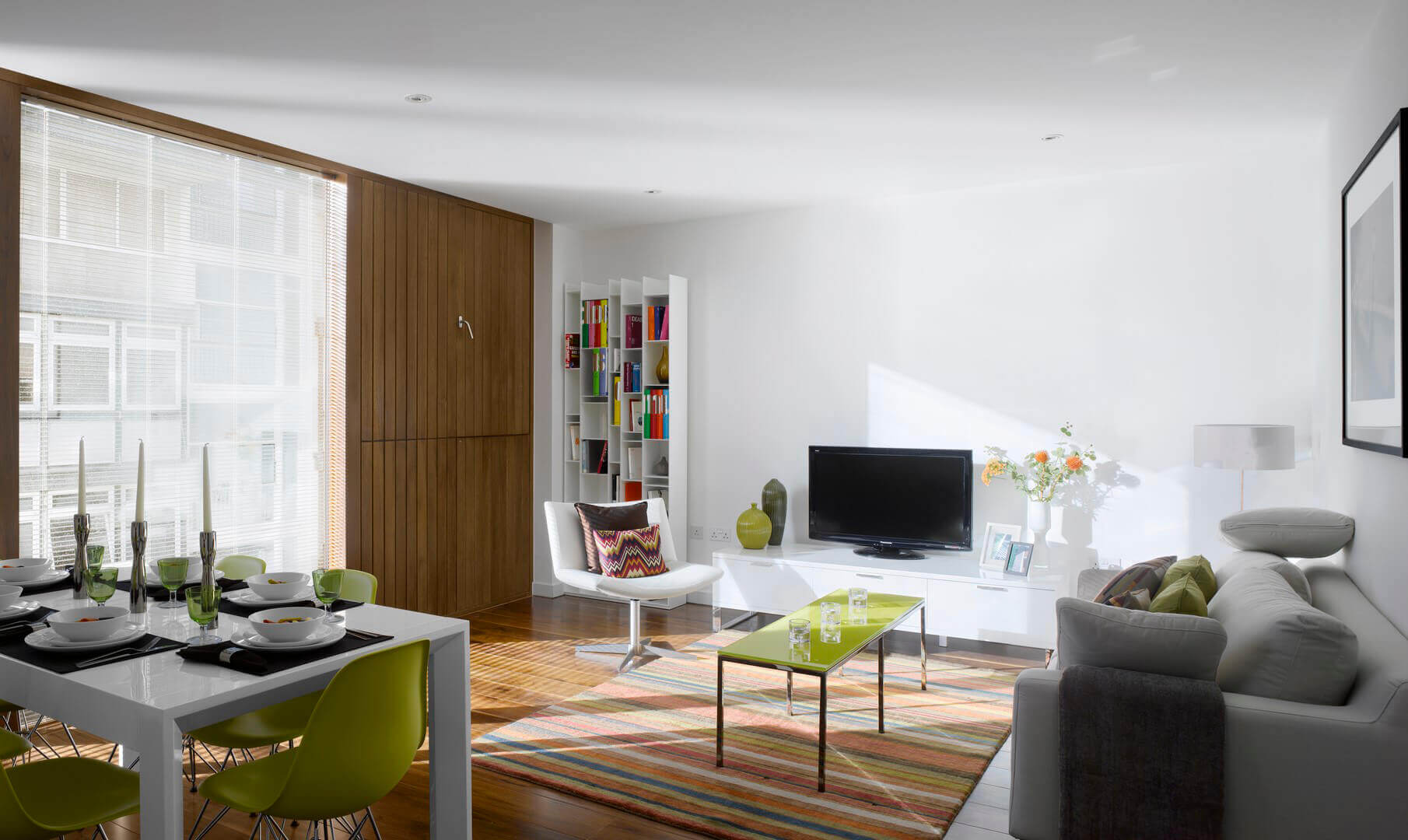 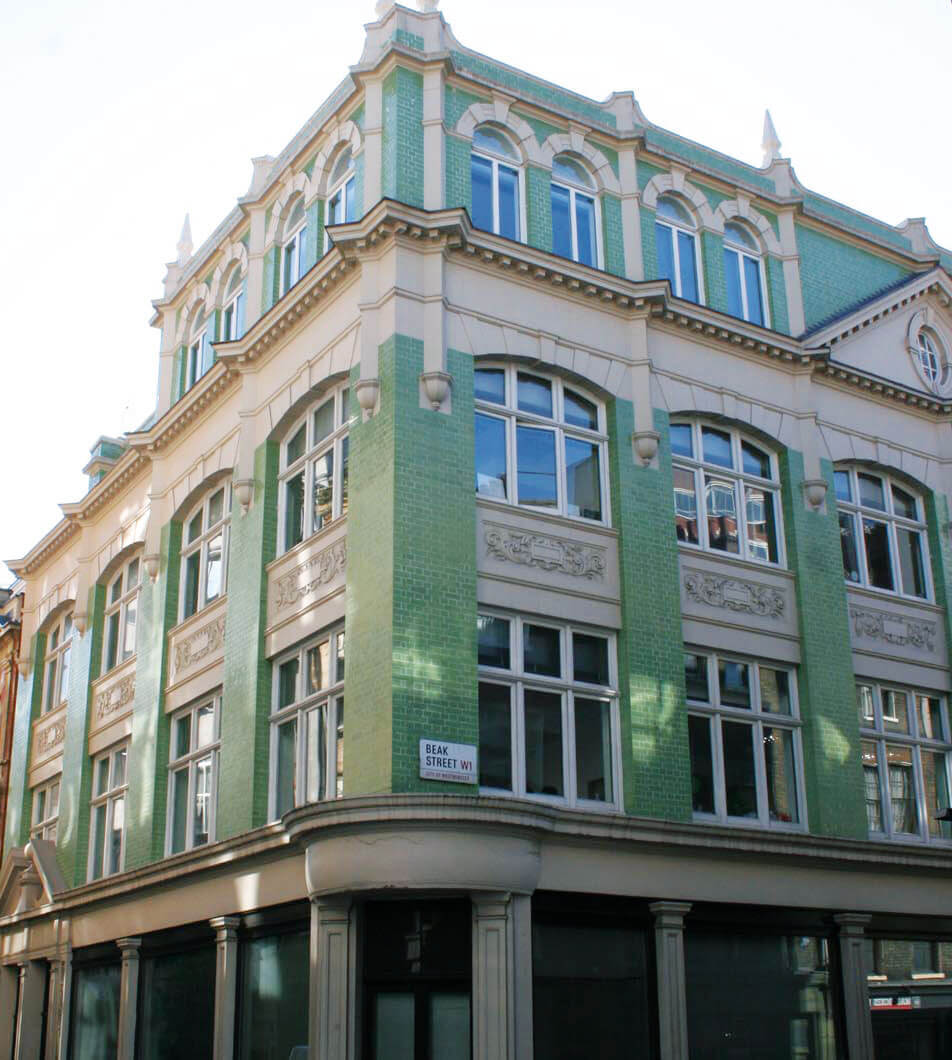 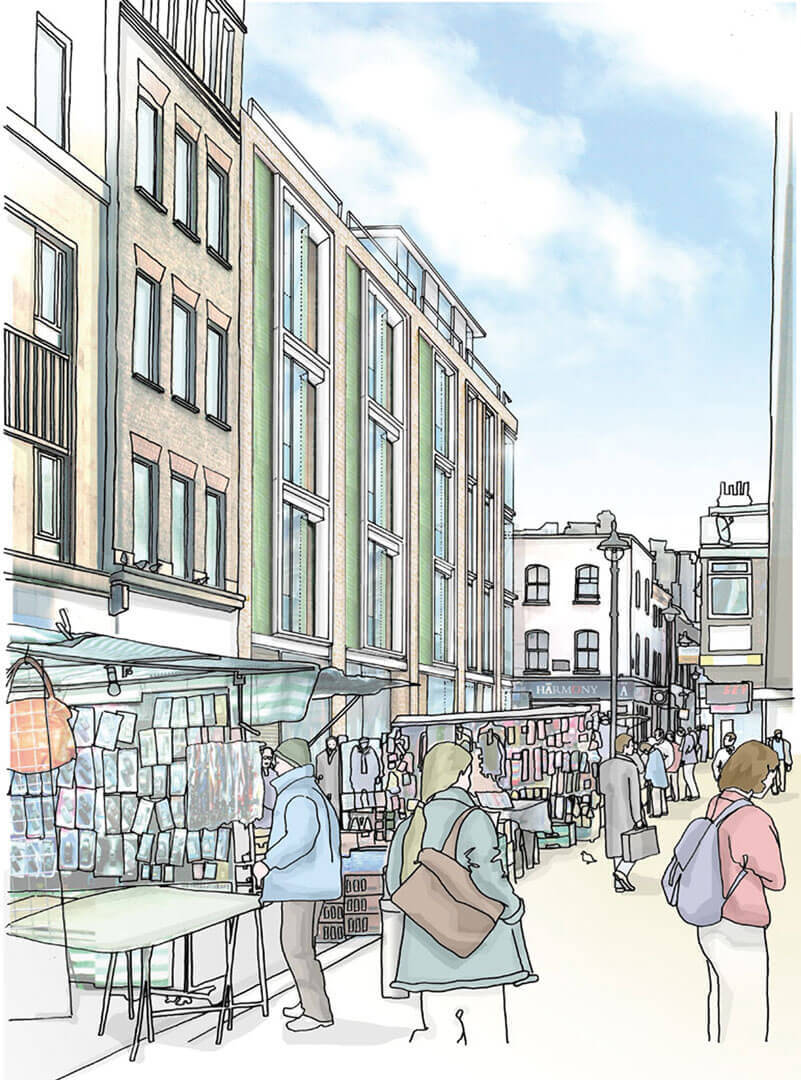 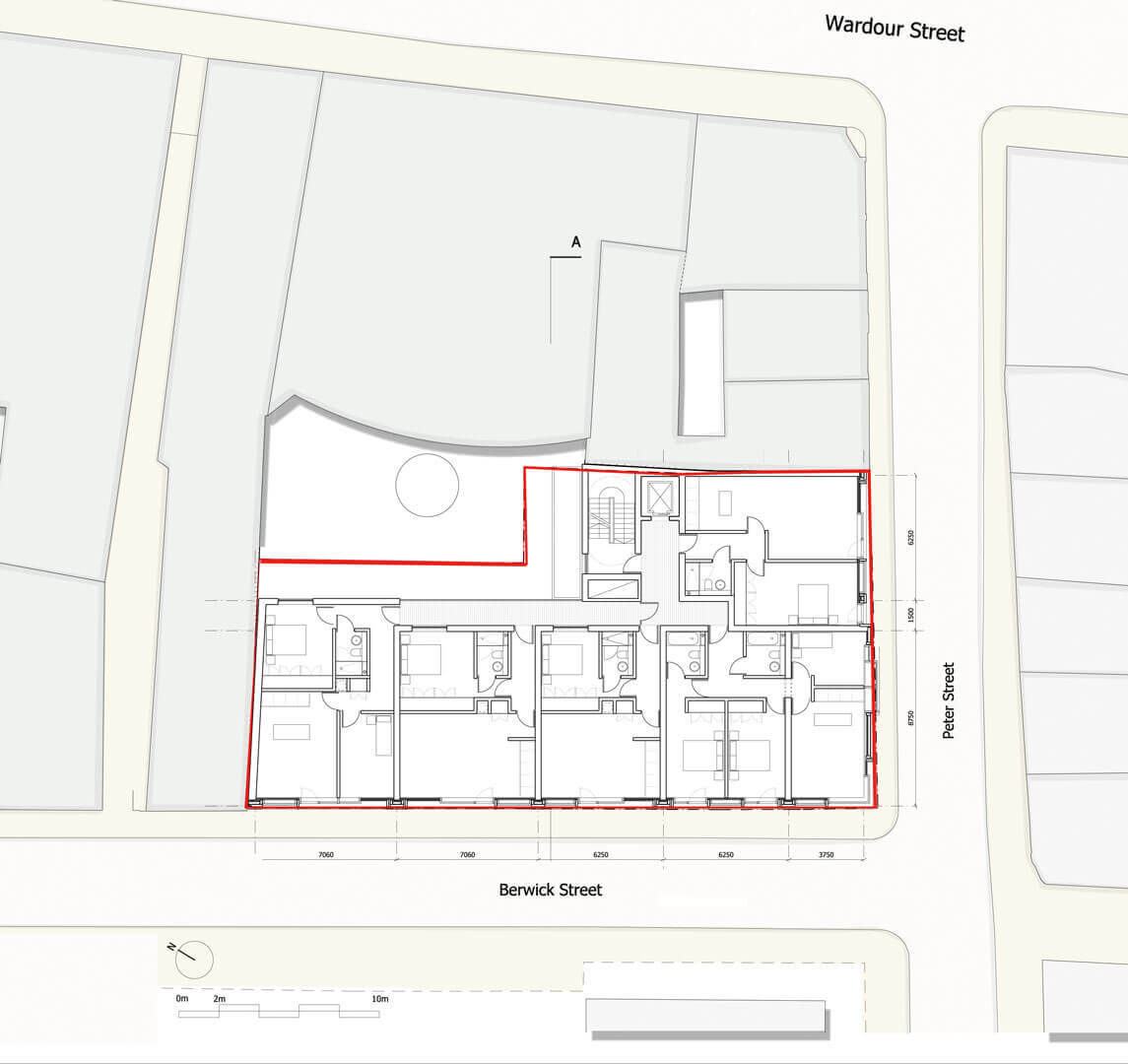 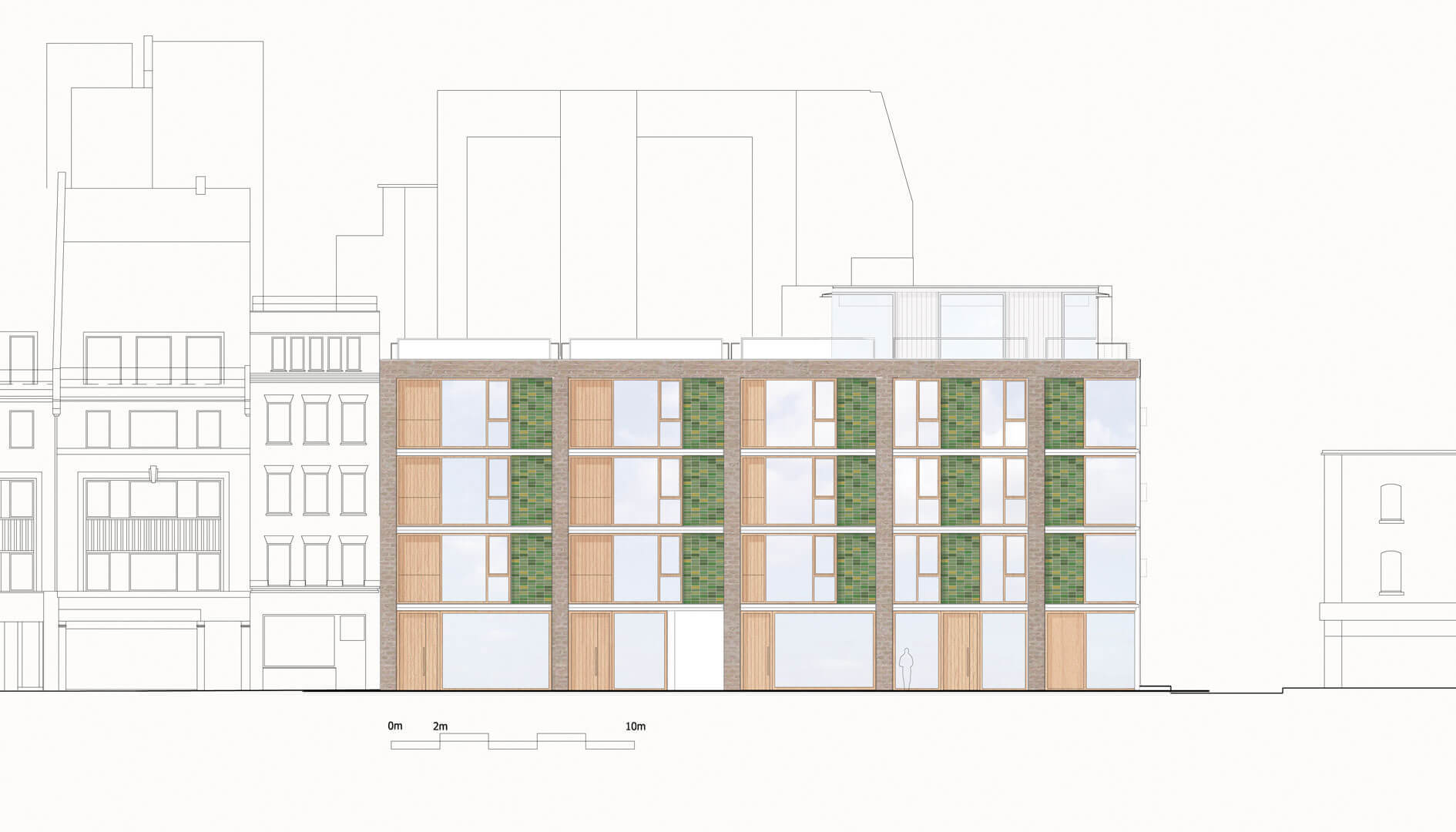 This residential project has been designed as a playful intervention in a Soho street. A series of brick party walls continue the vernacular of narrow vertical plots which characterise the area. An end wall in solid brick, punctuated by horizontal slot windows, reinforces the building’s terraced-street character.

Each plot contains three apartments, expressed in a palette of brick, timber and glass. Part of each dwelling’s façade is made up of traditional Soho glazed bricks that wrap around into the kitchen, linking the interior of each apartment to the facade. The green hues of the glazed tiles refers to colours found in the Berwick St Market directly below, and echo Victorian glazed tiles found in the area, tying the building into the history and culture of Berwick Street.

Projecting from each glazed brick wall is a timber framed window and an opening timber shutter, introducing a further Soho game of concealment and exposure.