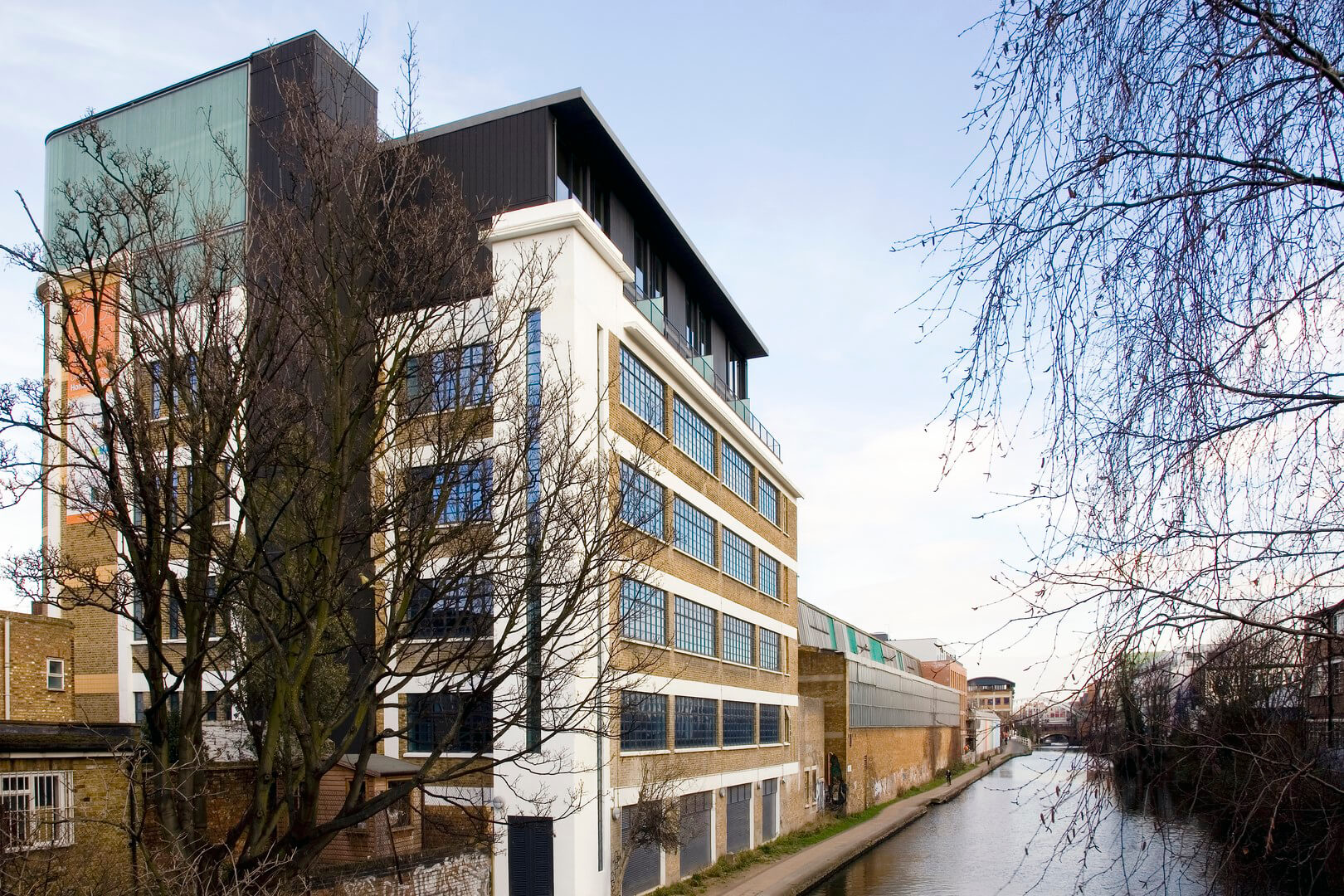 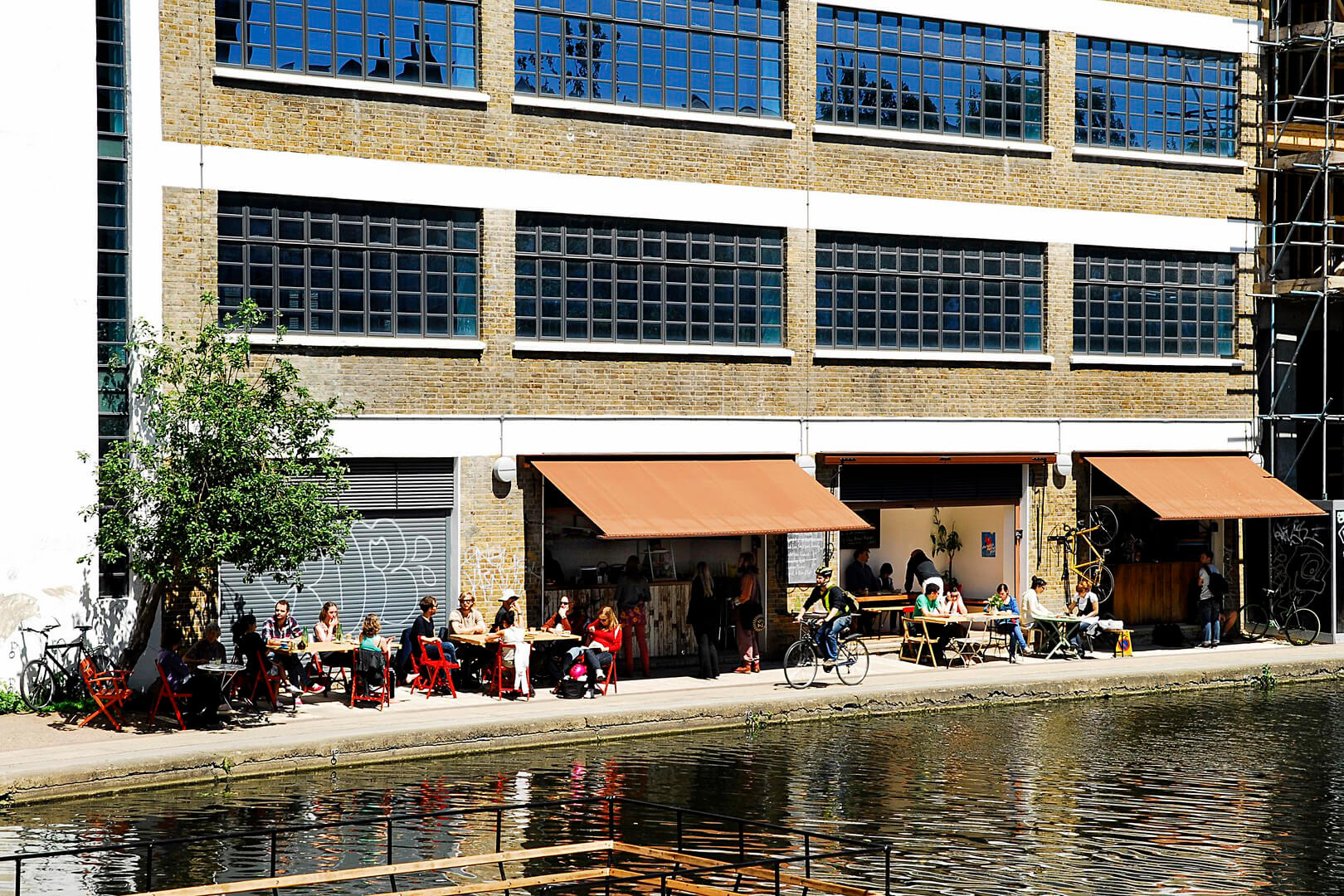 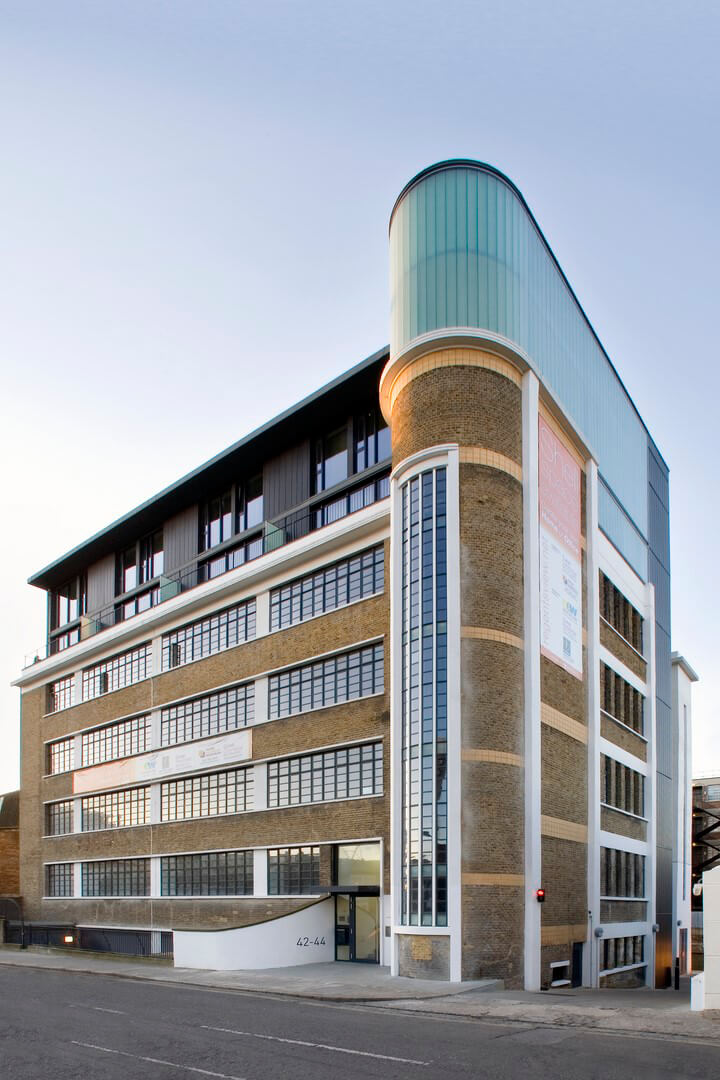 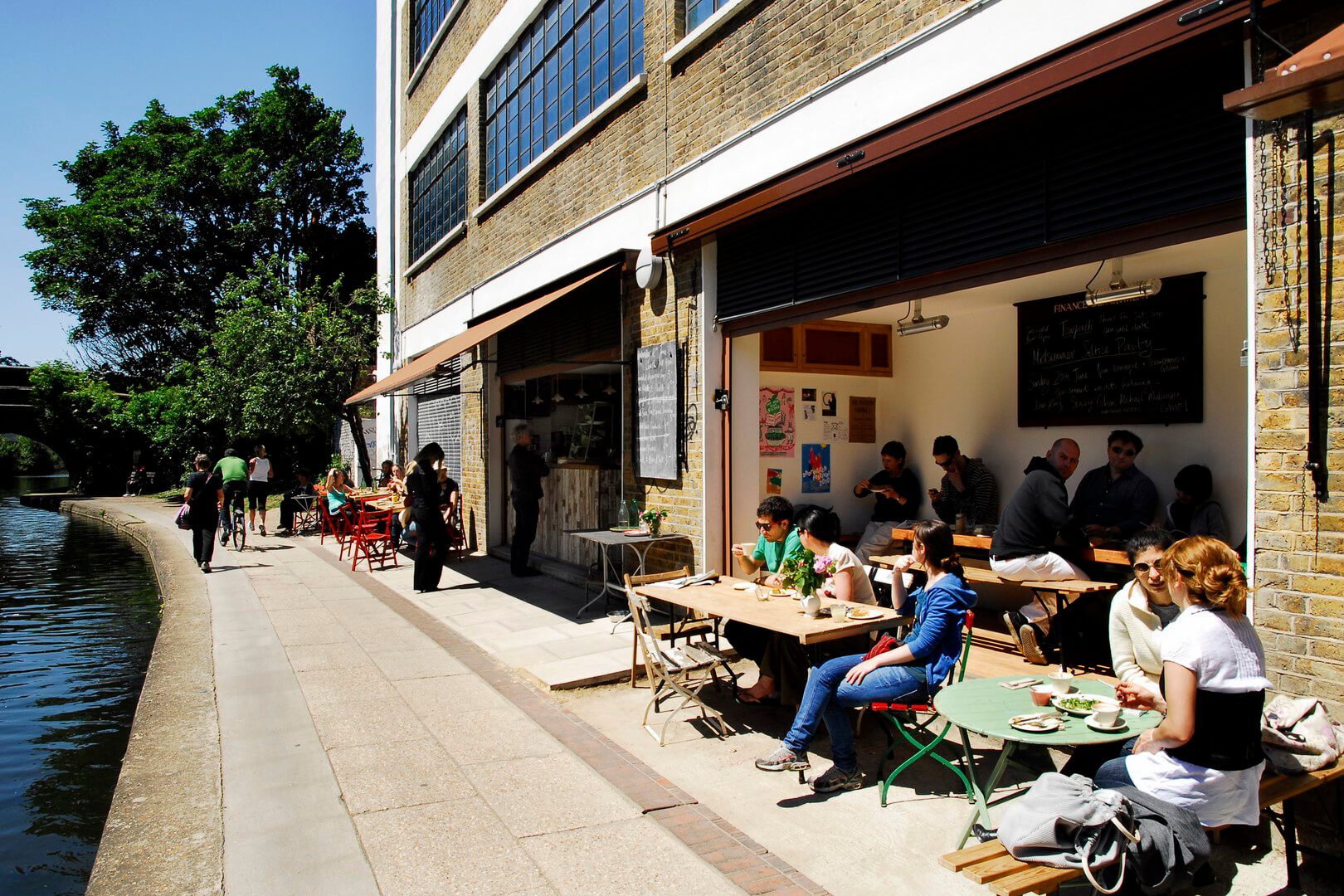 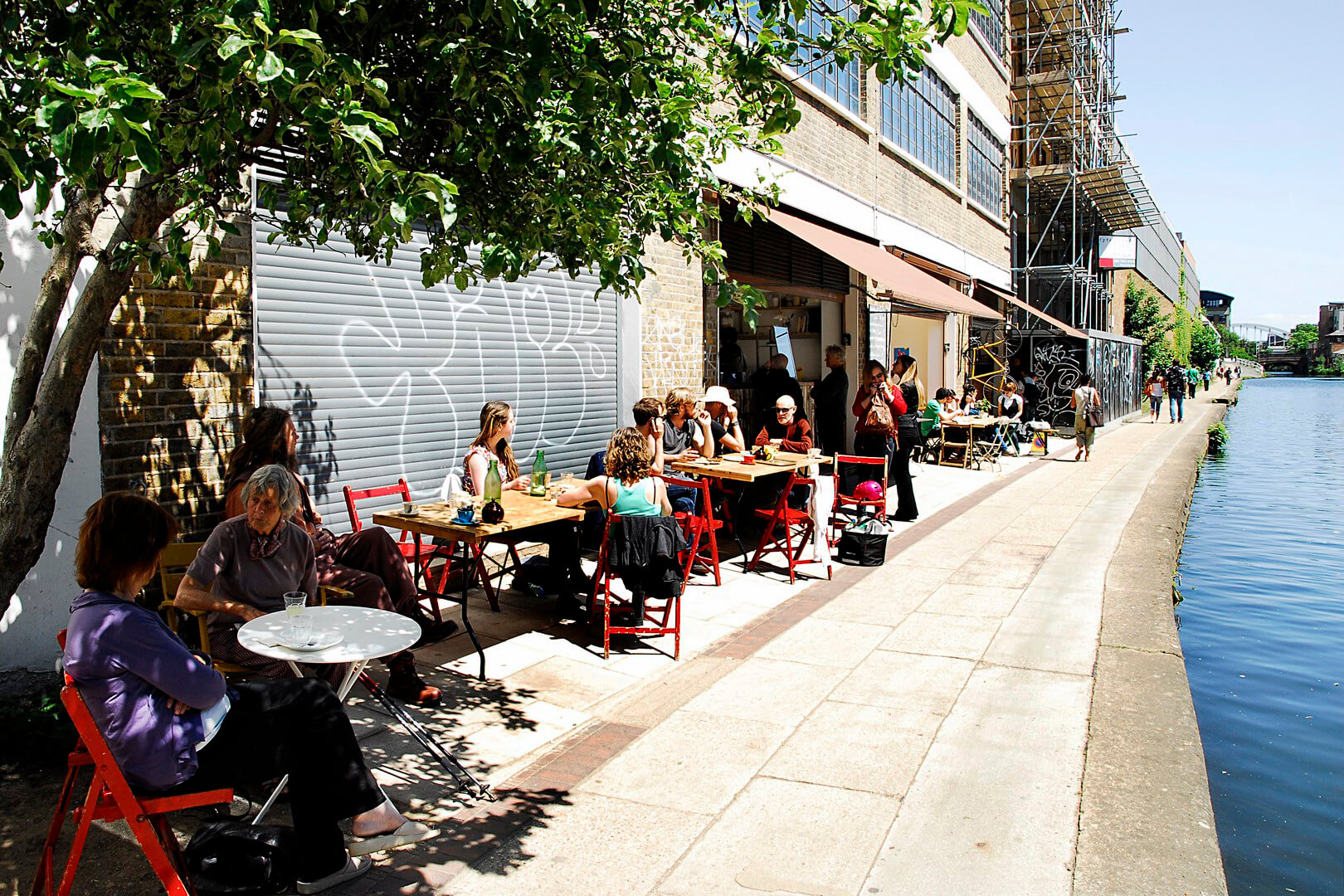 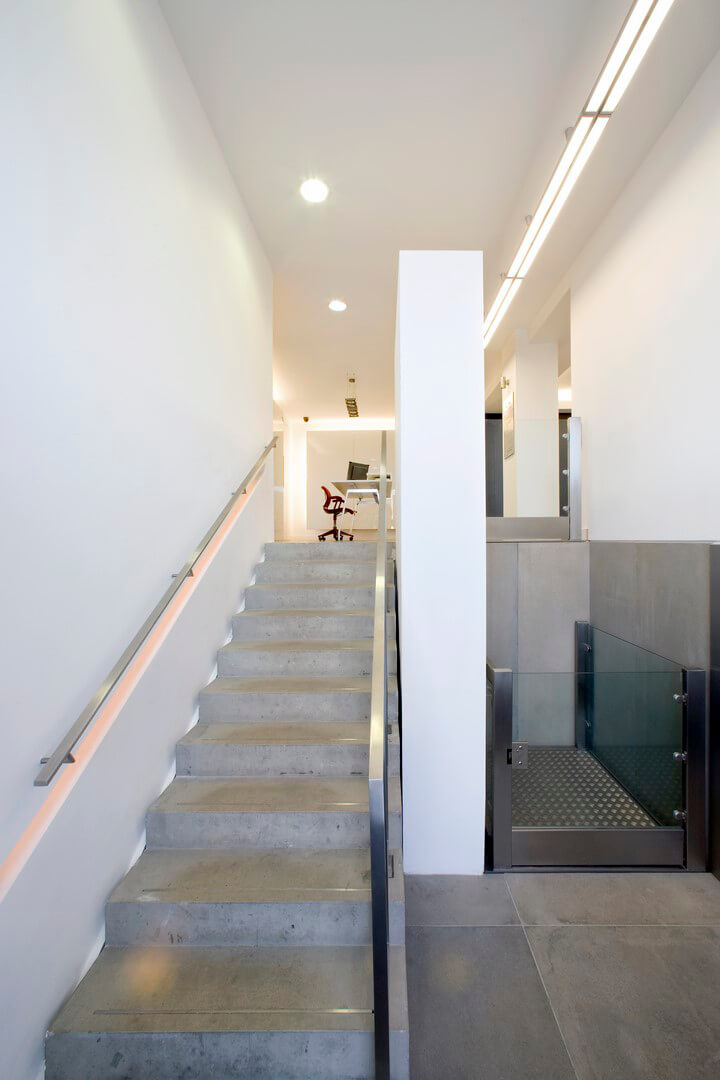 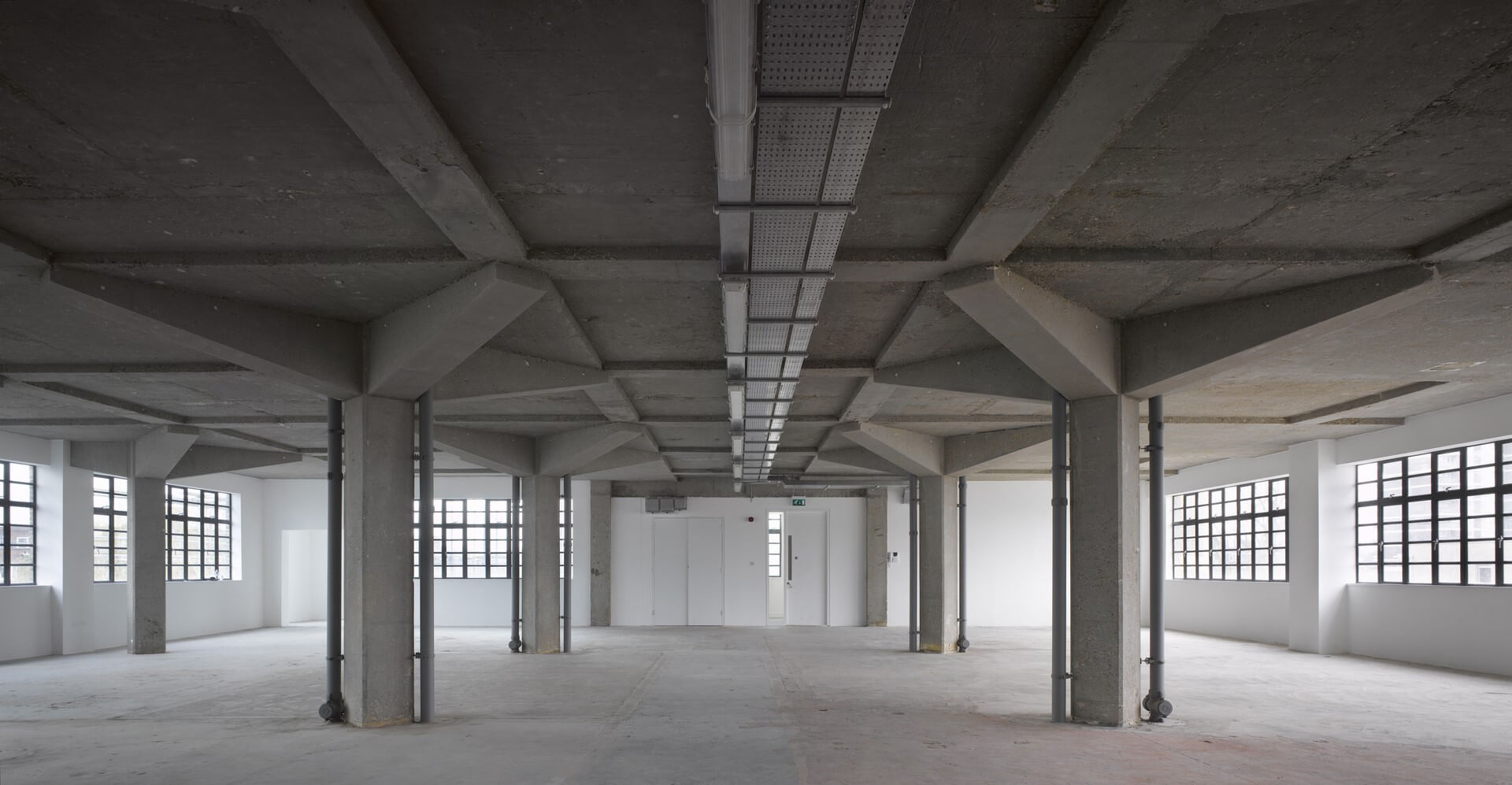 This mixed-use project, including office, residential and live/work accommodation as well as a series of popular canalside kiosks, illustrates the practice’s interest in urban regeneration. The site, alongside the Regent’s Canal close to Kingsland Road, was occupied by a fine late 1930s concrete-framed warehouse originally designed by Robert Sharpe (best known for his Bluebird Building in Chelsea).

Later accretions to the building were stripped away as part of the refurbishment scheme, with a new two-storey zinc and glass pavilion added at roof level. The development makes a major contribution to the renaissance of a previously under-used and largely inaccessible stretch of canalside, with shops and cafes to attract the public. Combining conservation and innovative new design, the project respects the history of the site while generating new uses in an area of redundant industry.