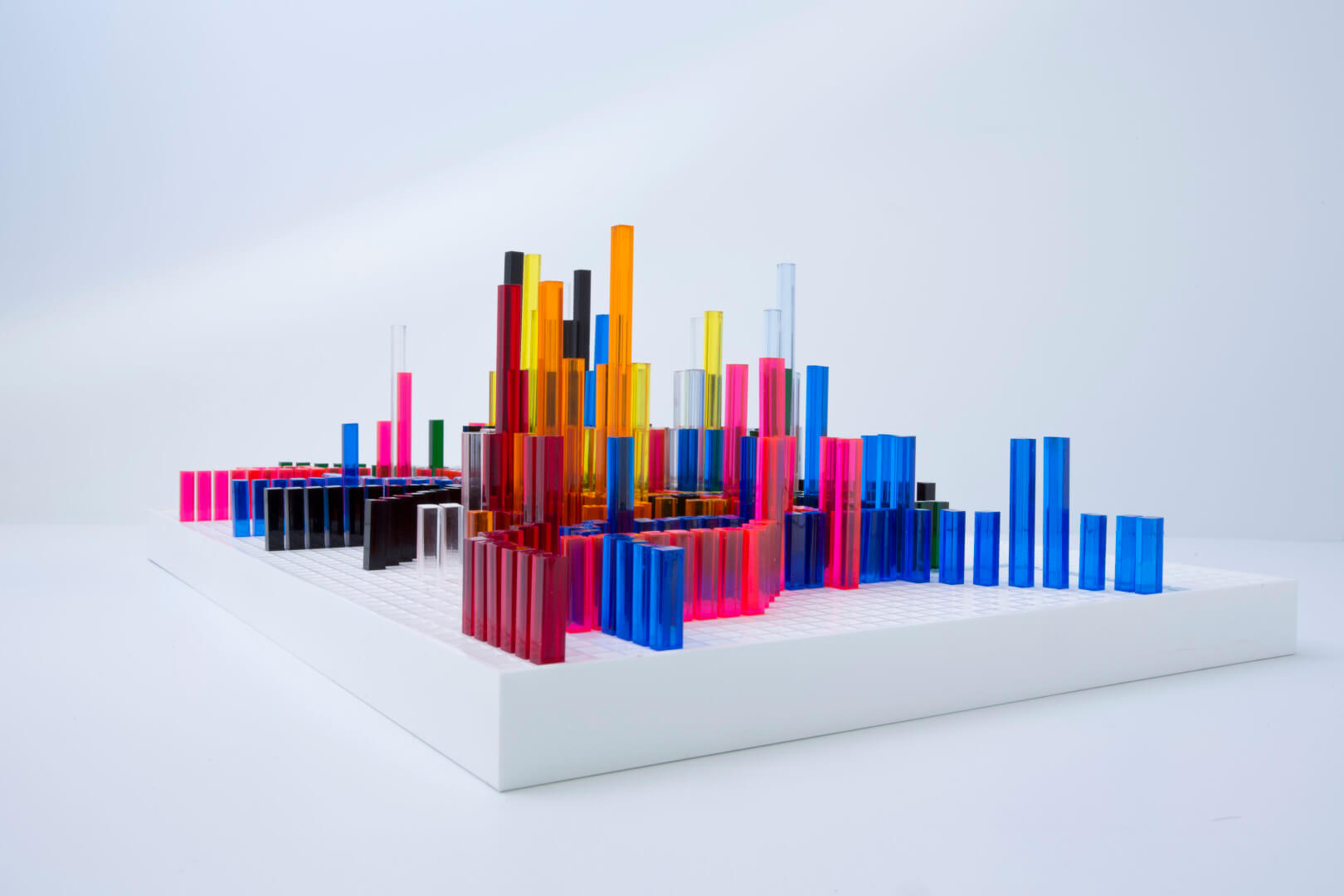 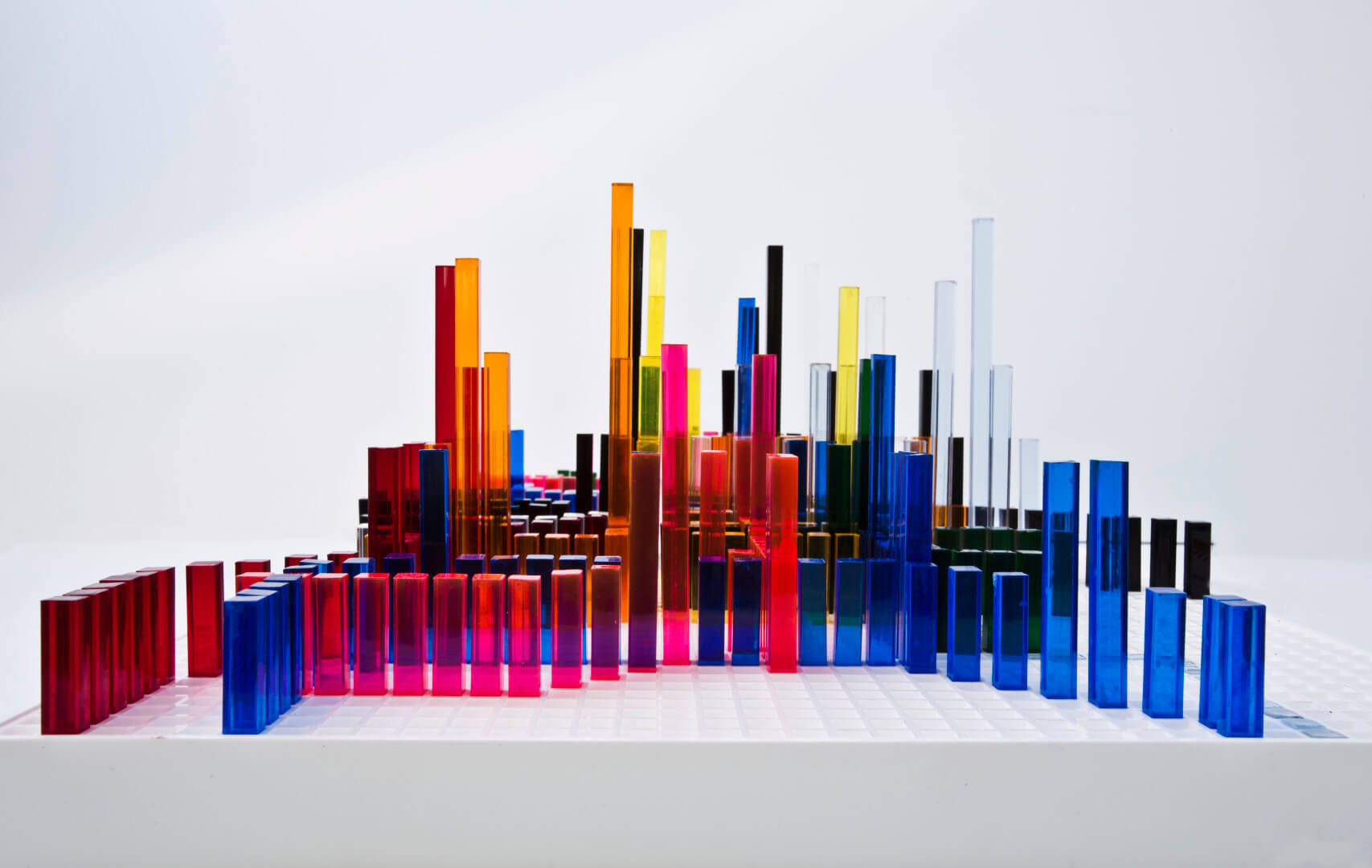 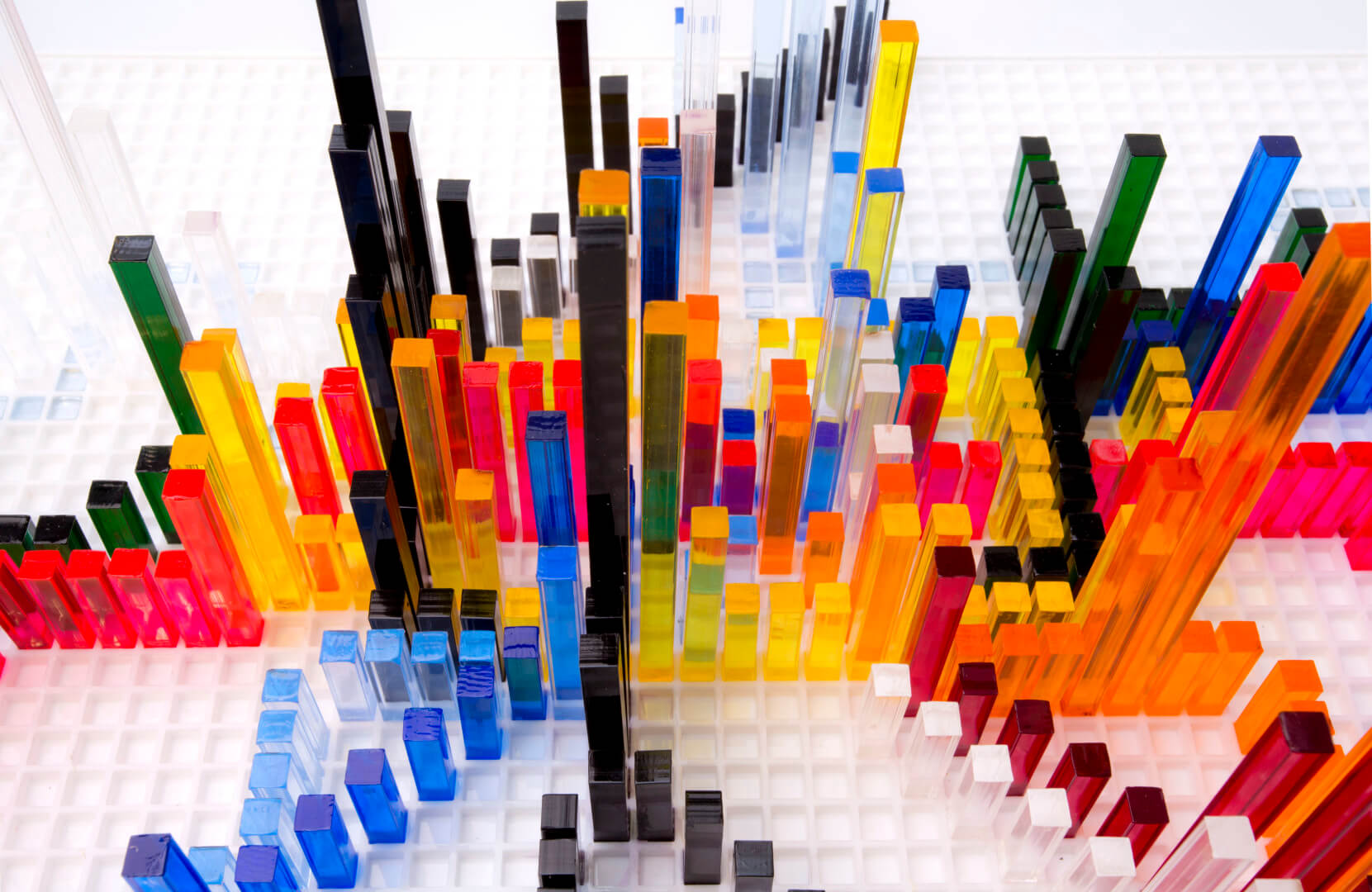 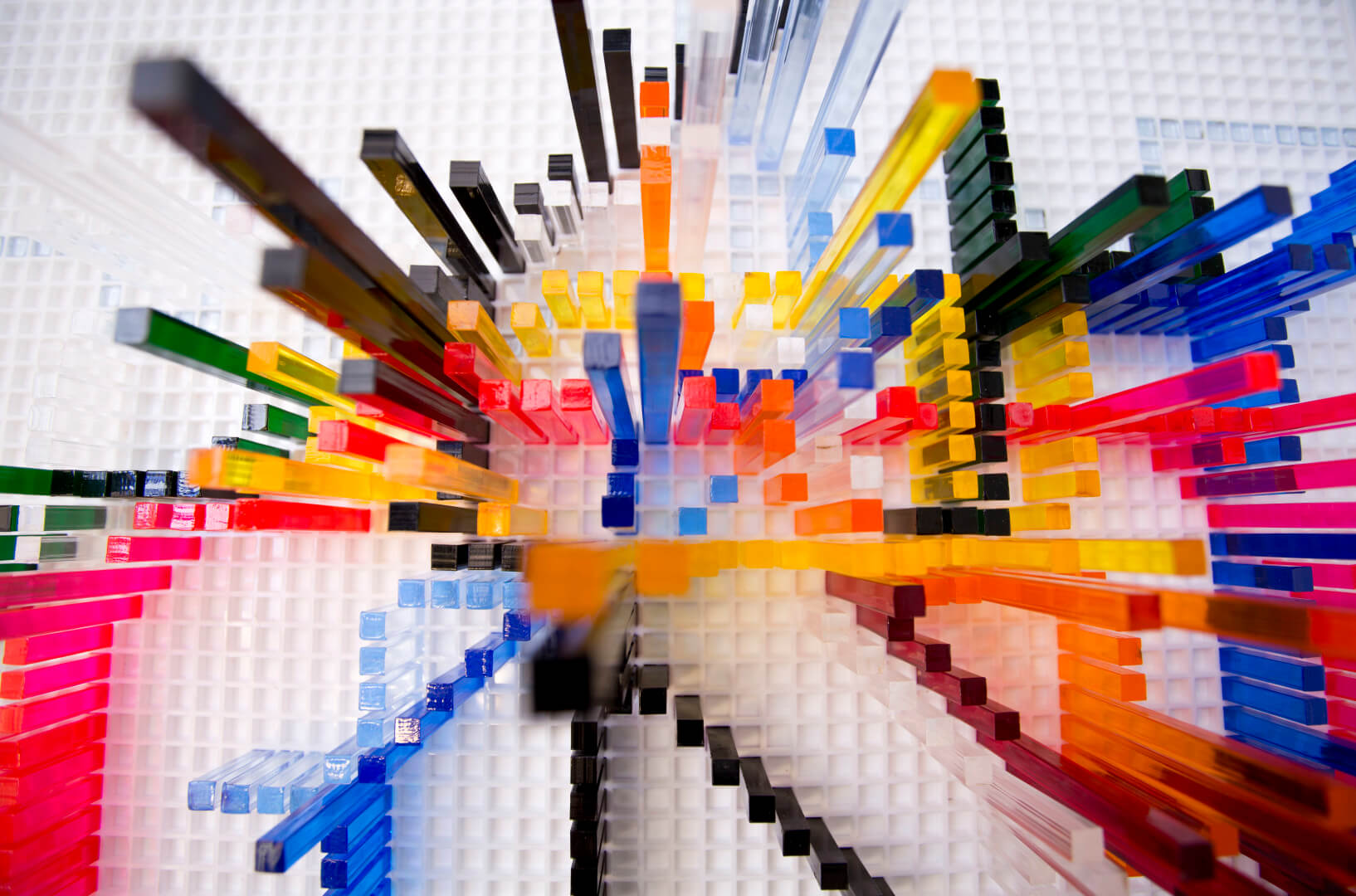 Partner Murray Levinson was invited to take part in the 2015 Architect’s Auction, a charity event at the RIBA HQ in Portland Place organised by Gleeds to celebrate their 130th year in business. Architects were invited to create an original artwork which envisioned the London Skyline in 130 years. Proceeds from the auction, taking place on 3 December 2015, will be donated to educational charity The Transformation Trust.

Murray describes his approach to the brief: I was interested in a prediction of London as a city in 130 years rather than estimating the appearance or height of individual buildings or clusters. One of the most iconic representations of London is the Underground map, originally designed in 1908 and then turned into a diagram by Harry Beck in 1931. Beck’s topological analysis of London represented the relationship of one station to another.

I have used the underground map as a chassis upon which predictions of average building heights have been attributed to stations. Like Beck’s map, which simplifies London into a two dimensional diagram, I have added a third dimension grouping buildings into five building height categories to predict building heights on average in 130 years.