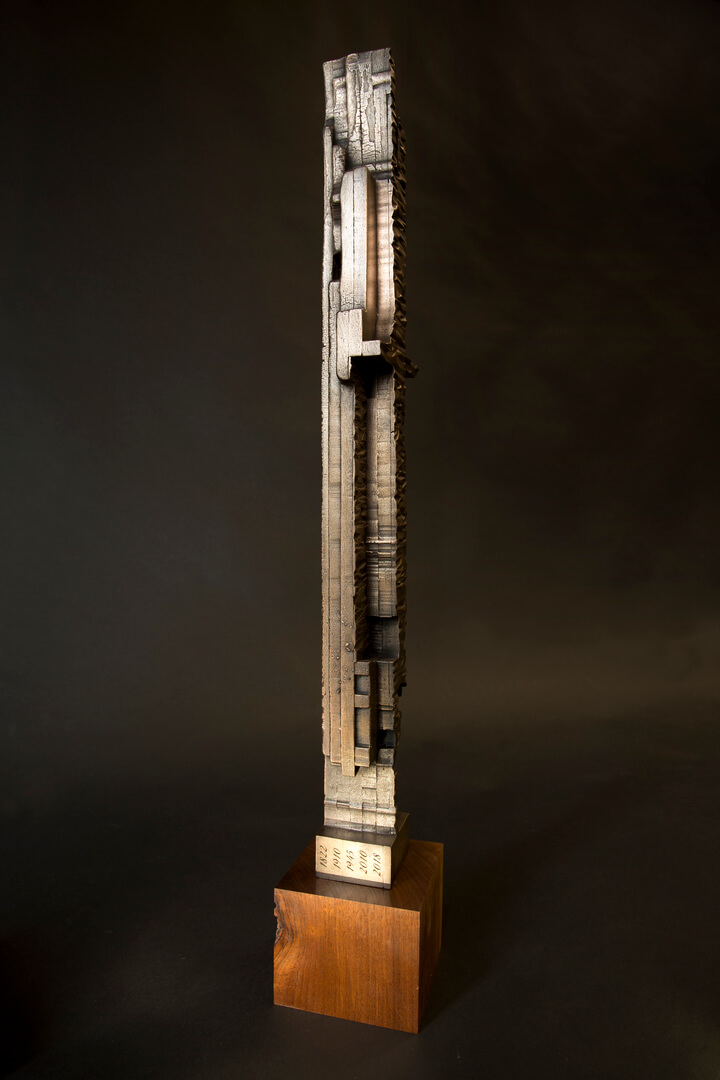 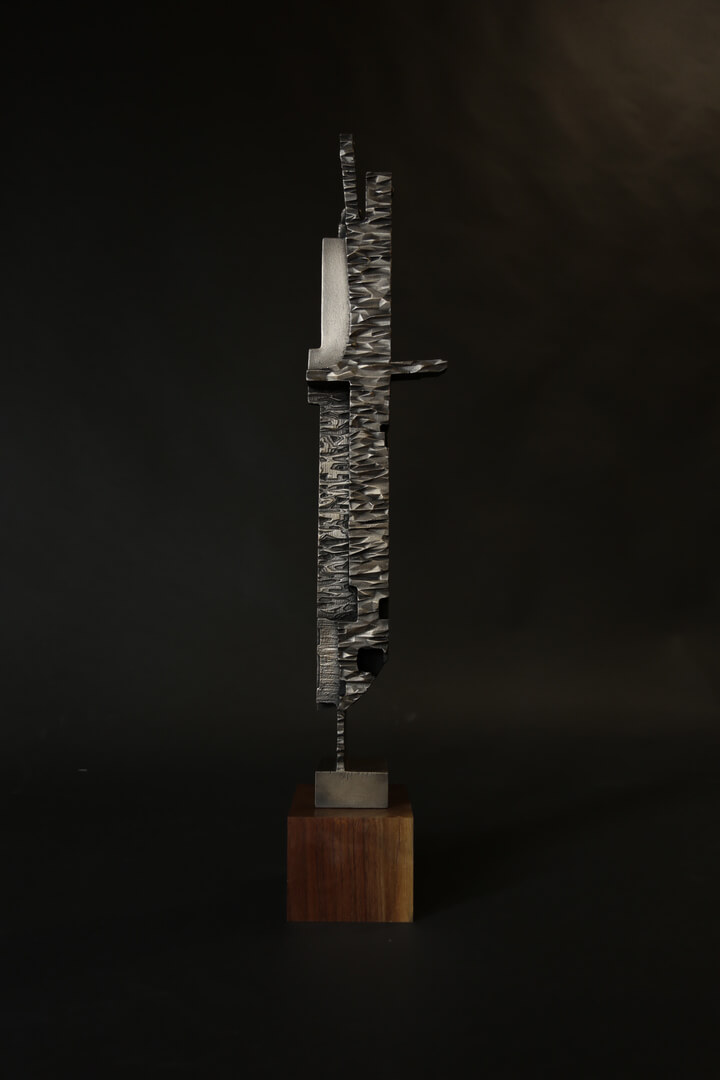 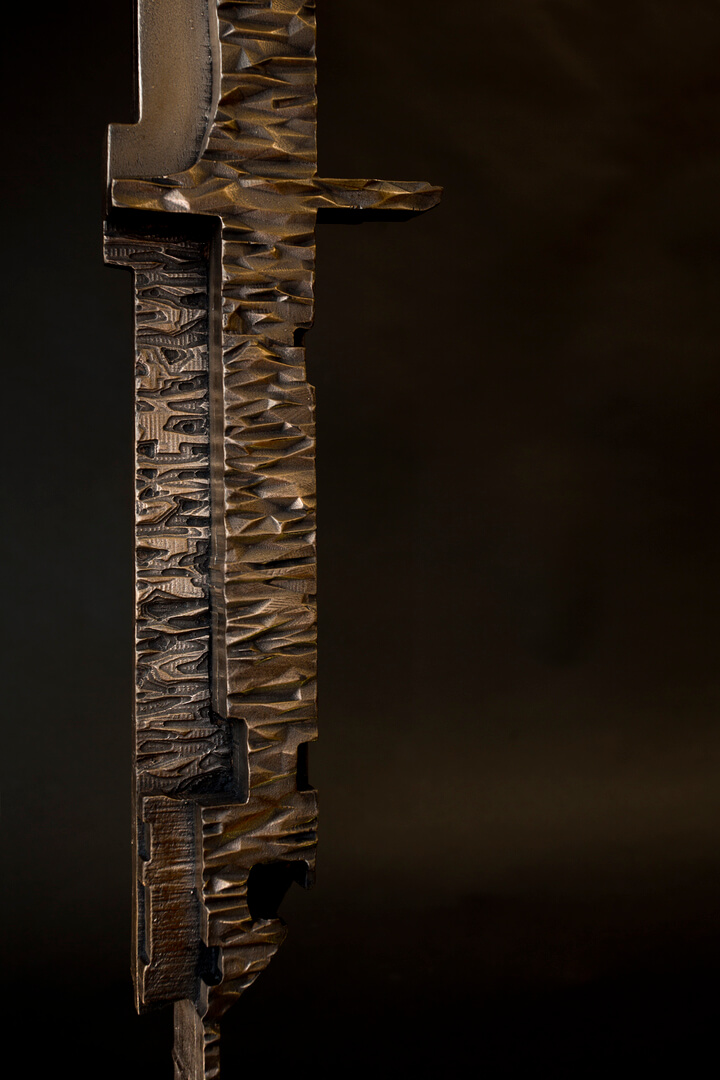 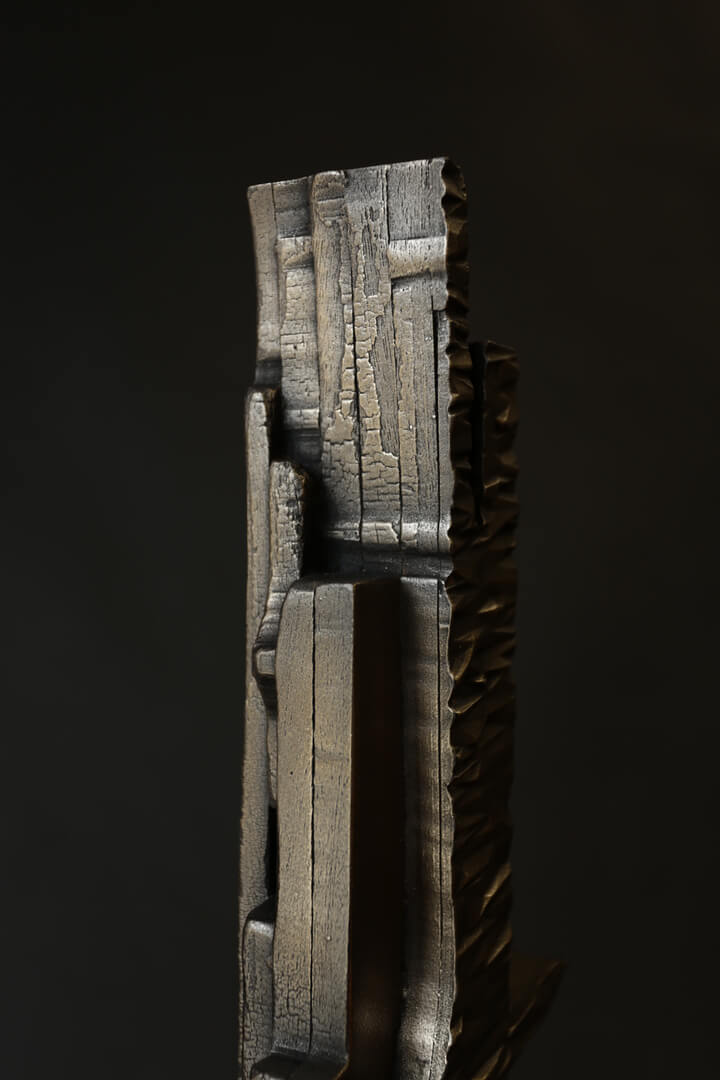 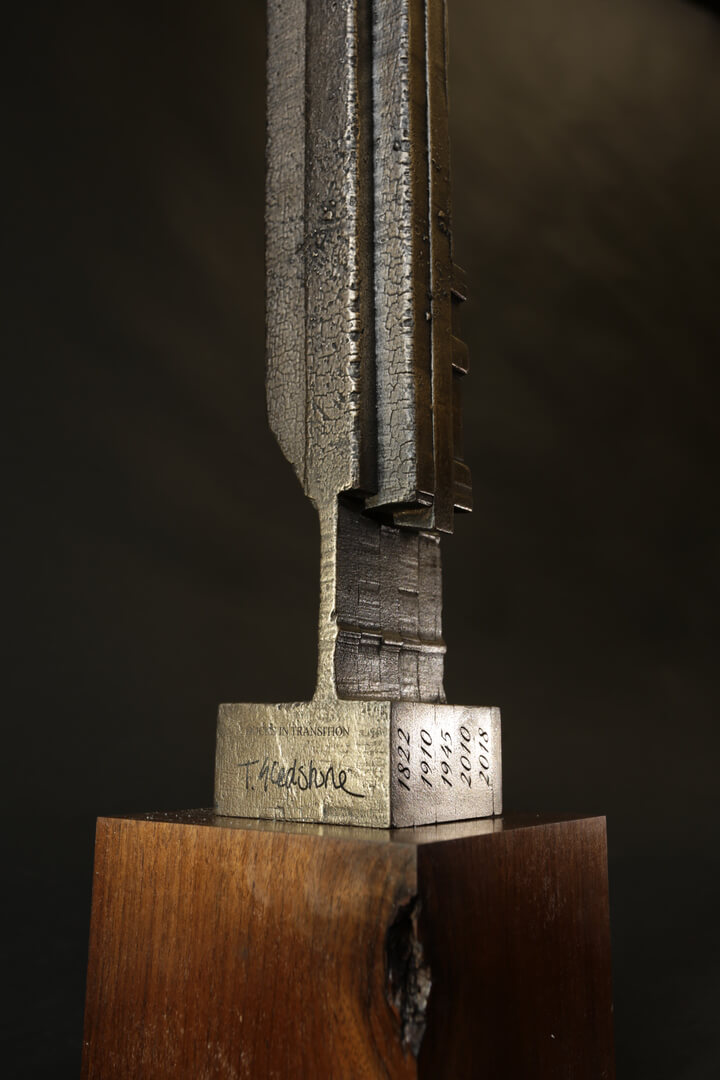 Squire and Partners has created artworks for Article 25′s 10x10 Drawing the City charity auction every year since its inception.

Vertical Transition Dock is a sculpture by Tim Gledstone detailing the evolution of South Dock in West India Dock over more than two centuries. From its beginnings as part of the City Canal network in 1799, and expansion to South Dock Basin in the first half of the twentieth century, the waterway was an important location for the trade of hardwoods, rum, sugar and coffee from the West Indies.

More recent developments – such as the expansion of Heron Quays, Wood Wharf and Landmark Pinnacle – have eroded and influenced the body of water into its current form, whilst establishing the future of South Dock as a place for modern commerce and living.