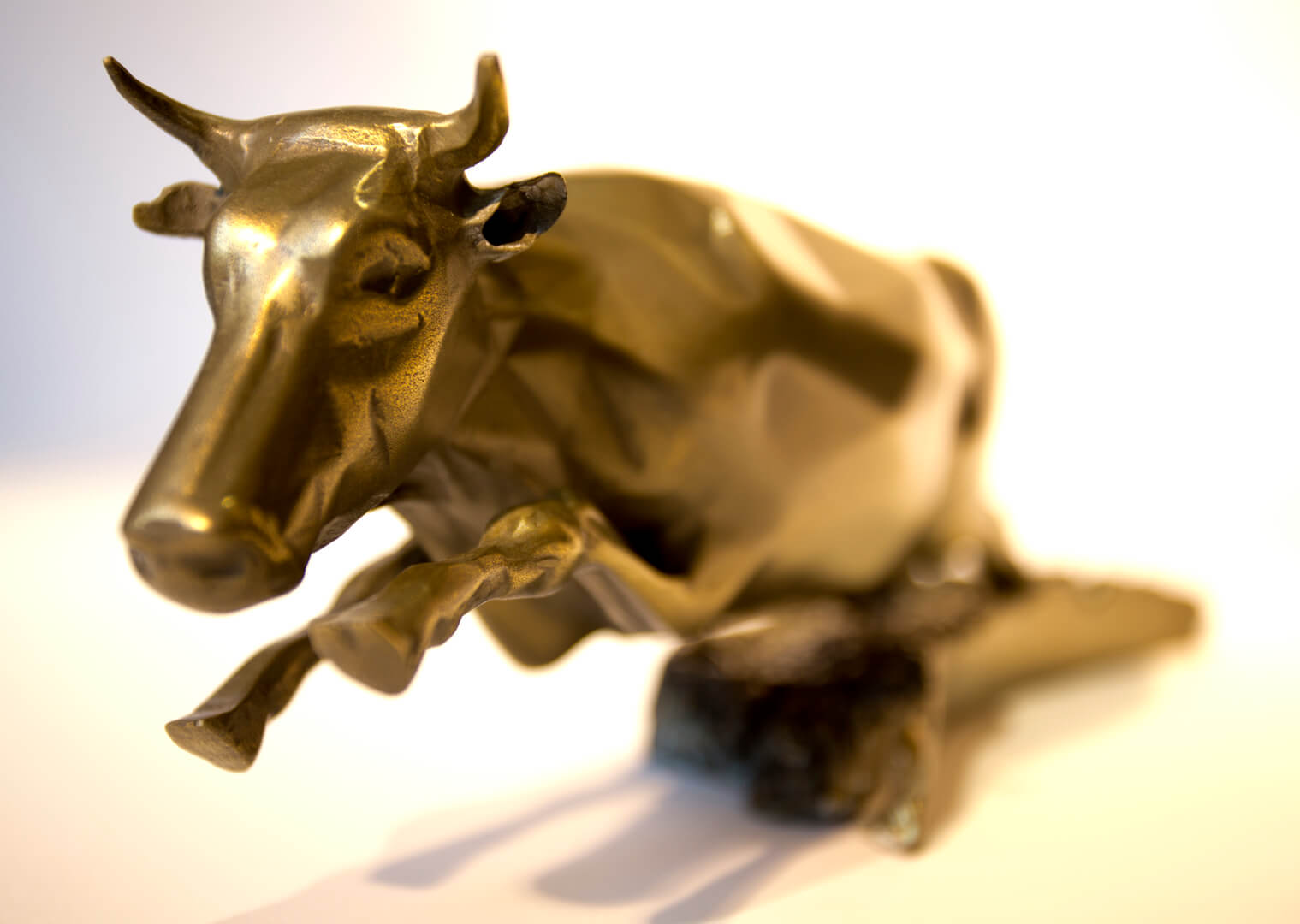 Originally an area where cows were left to pasture, the site has since been defined by greyhound racing, the 2012 Olympics and subsequent legacy projects.

‘The Twelve Billion Dollar Cow’ embodies acceleration through time – the cow’s faceted body propelled to its physical limits, above a rugged base to reference the site’s origins.

Exploring traditional crafted mediums alongside innovative digital and technological processes, the cold-cast brass sculpture was digitally modeled, before being cast and finished by hand.