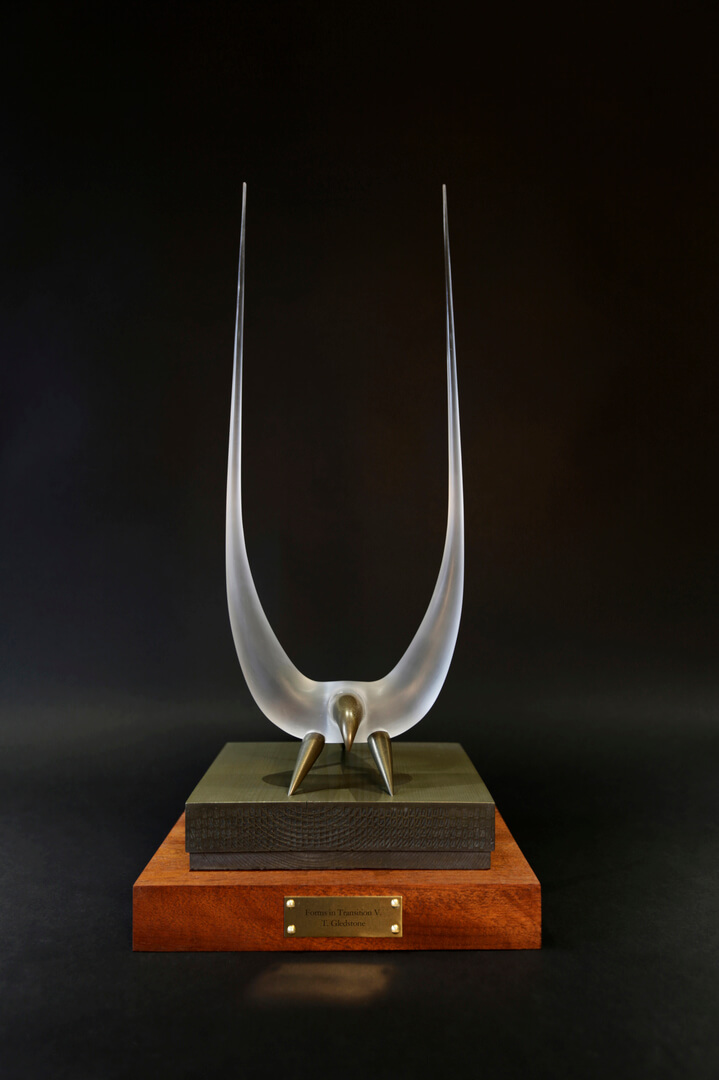 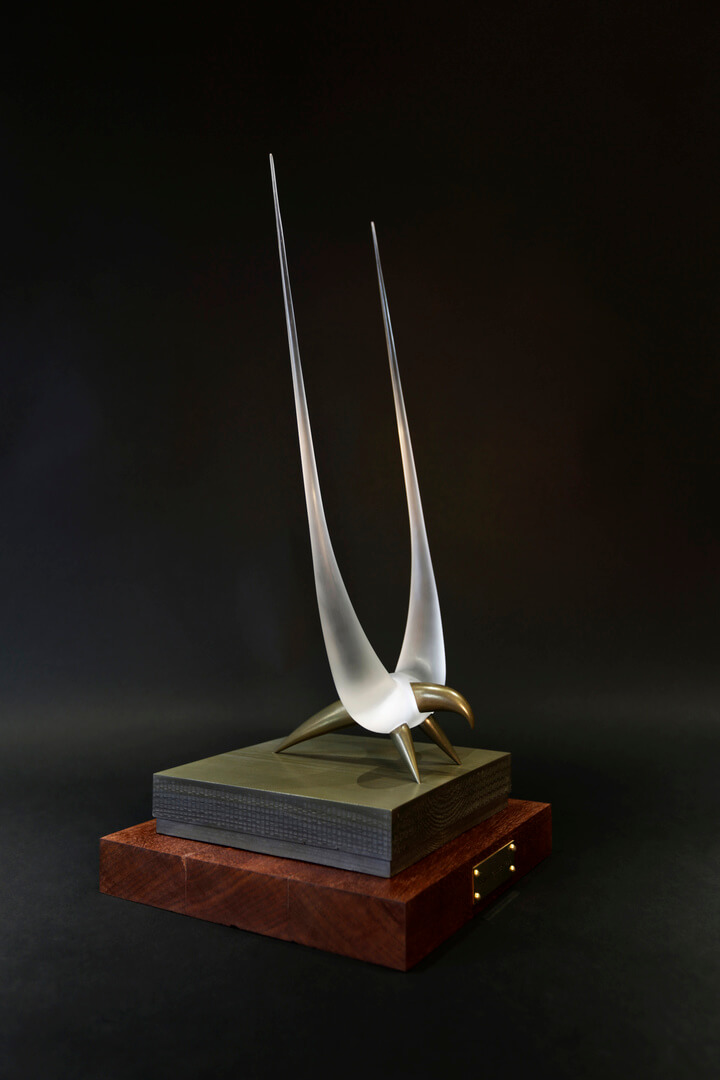 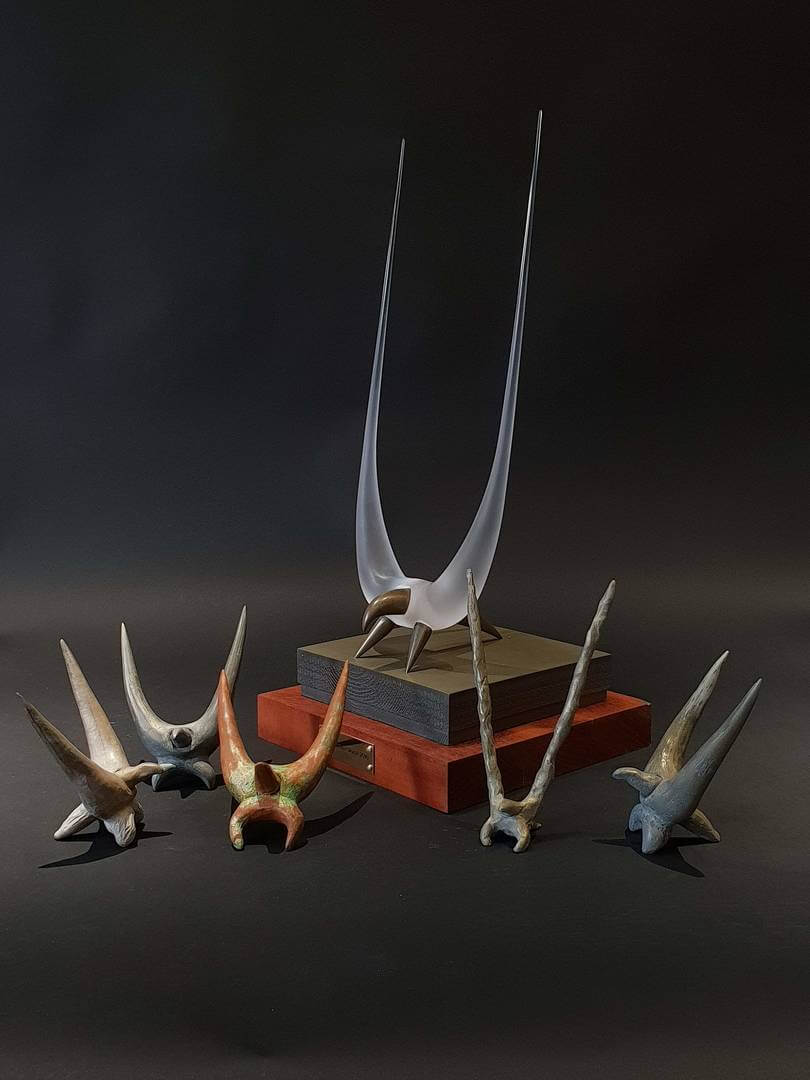 Squire and Partners has created artworks for Article 25′s 10×10 Drawing the City charity auction every year since its inception. Partner Tim Gledstone created Forms in Transition V for the 2018 event in answer to the brief's focus of the Elizabeth Line, London's largest contemporary infrastructure project.

Forms in Transition V draws inspiration from American artist Theodore Roszak, creator of the 11m wide 1960 eagle sculpture which looms over the former American Embassy and Grosvenor Square. Roszak studied Forms in Transition over a series of pieces from 1945 – 1964 culminating in a grand public sculpture for The World Fair in New York. At the time, Roszak was exploring new limits for crafted elemental forms with his 11m wide sculpture, often expressing ambition, honour and dynamism.

Forms in Transition V morphs the national animals of both the USA’s bald eagle and Qatar’s Arabian Oryx, with the energy of the great infrastructural move of the Elizabeth line to create a new, mystical creature which celebrates progress and multi-culturalism.

Rooted to the ground, but poised for flight, the creature is presented as dynamic and powerful. Its forward thrusting stance references the arrival and intersection of the Elizabeth line and the introduction of Crossrail which will create important connections between Grosvenor Square and the rest of the world capital of London.