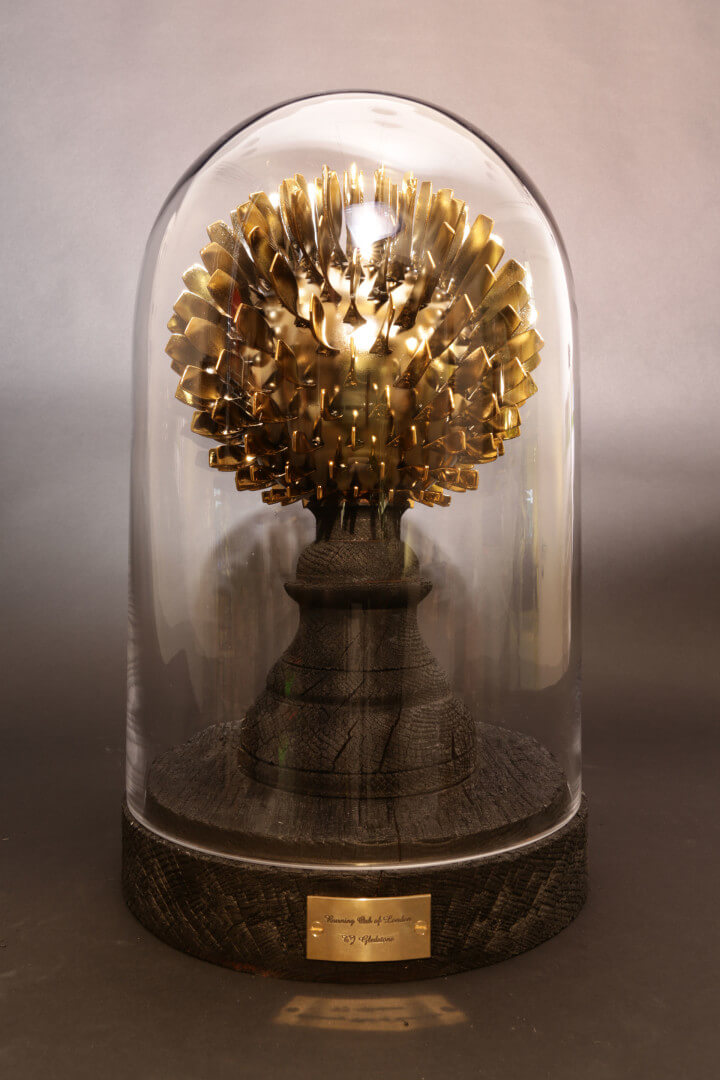 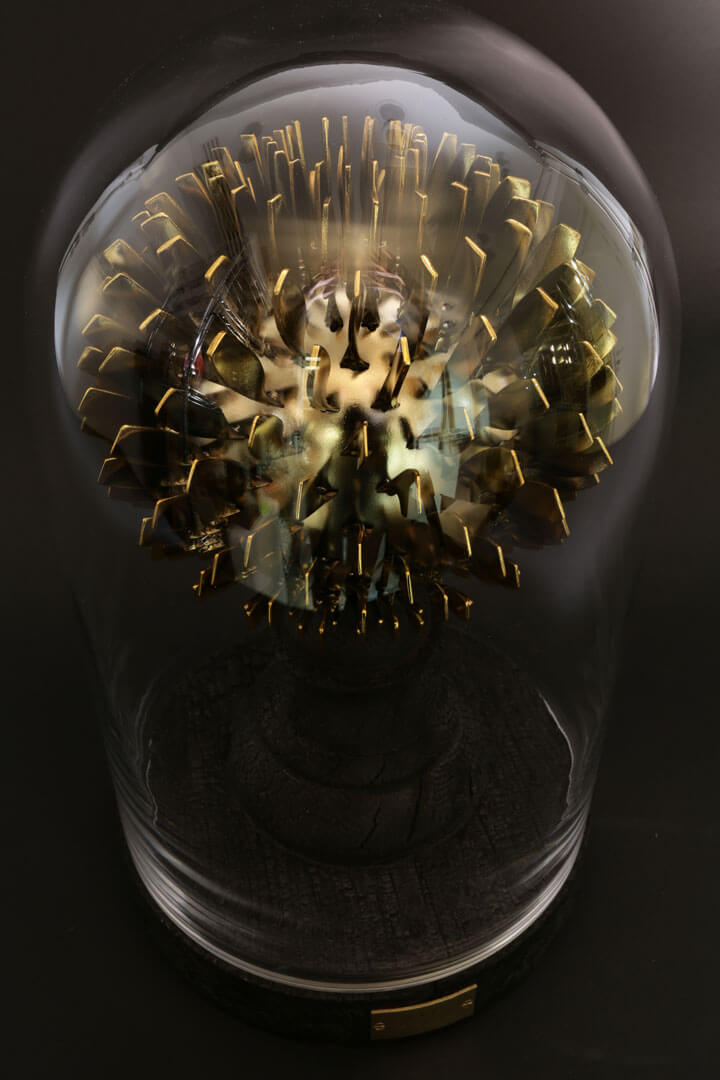 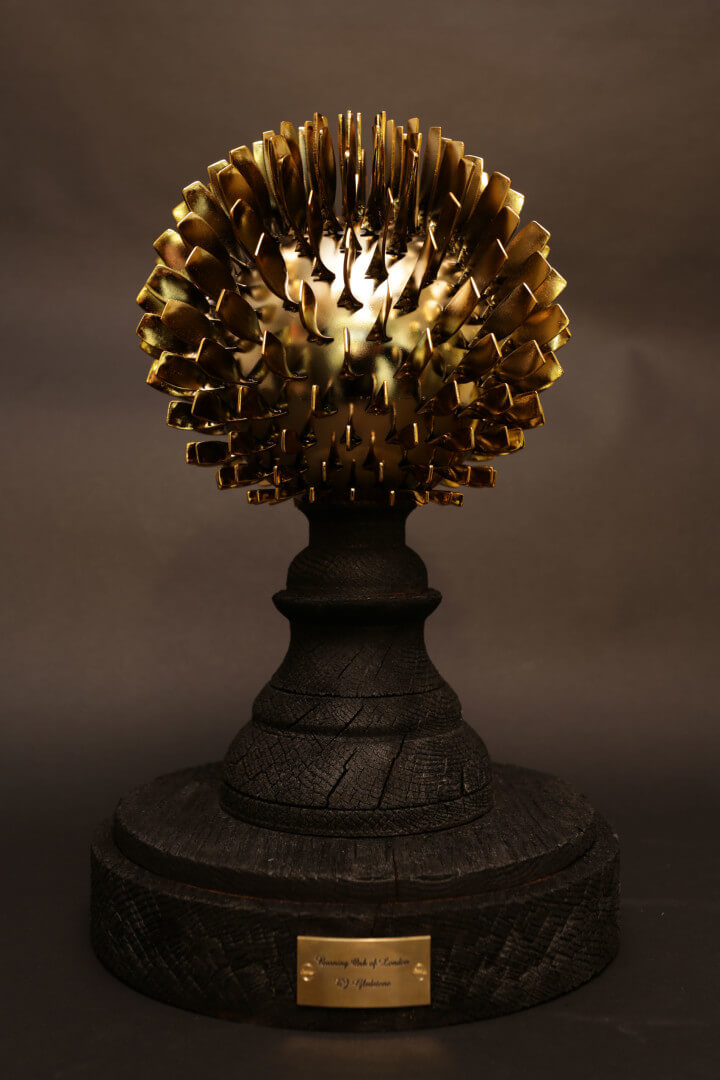 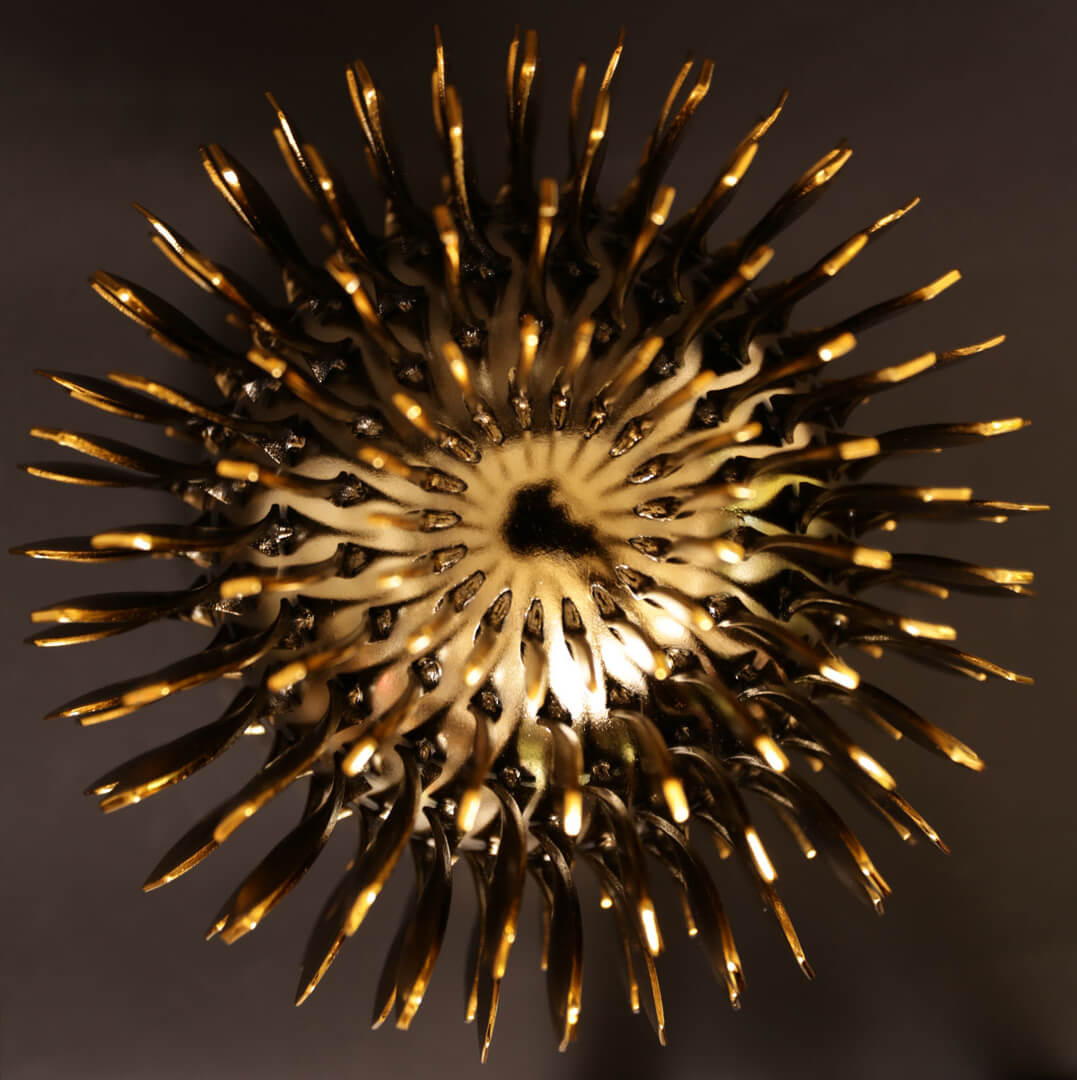 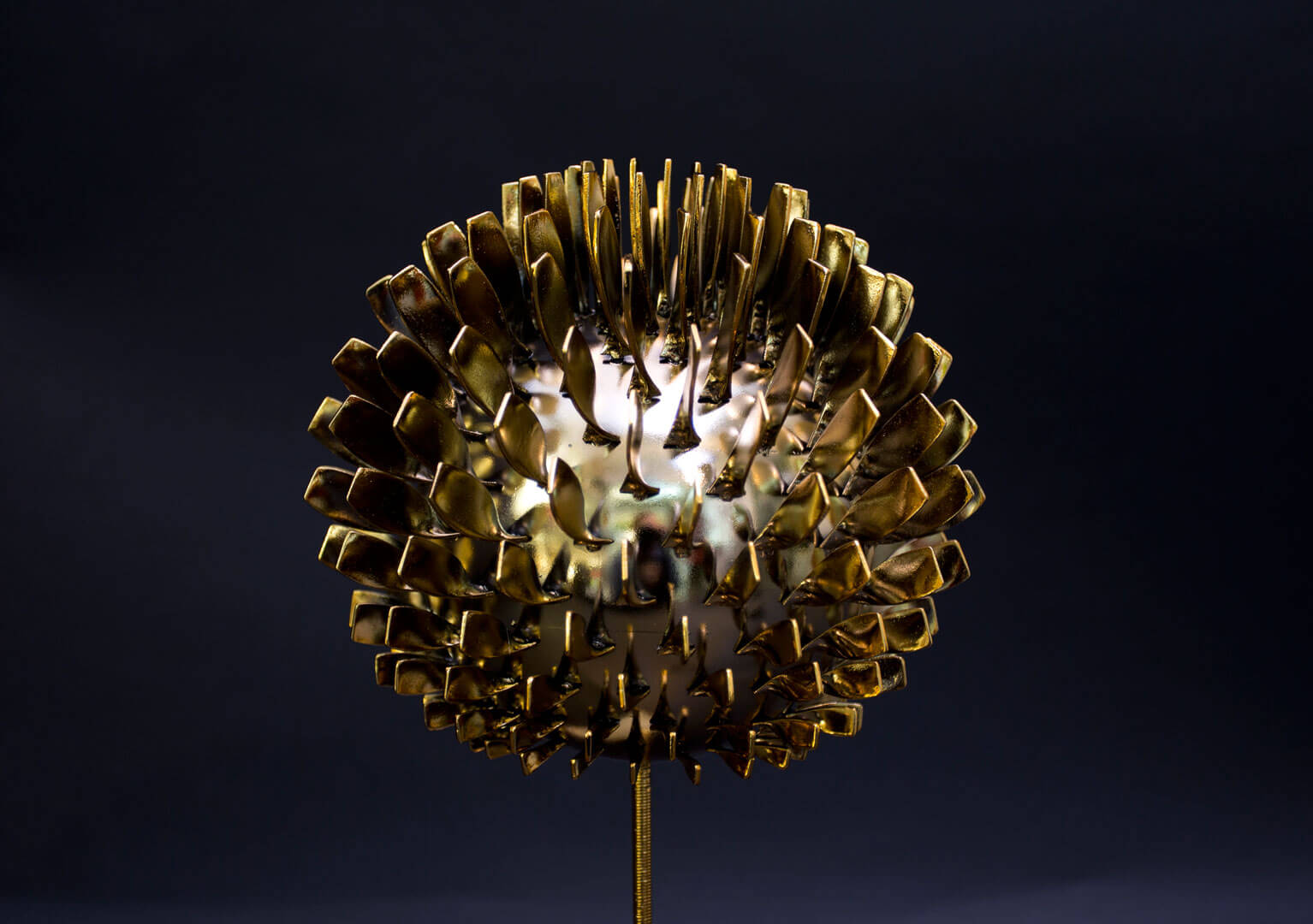 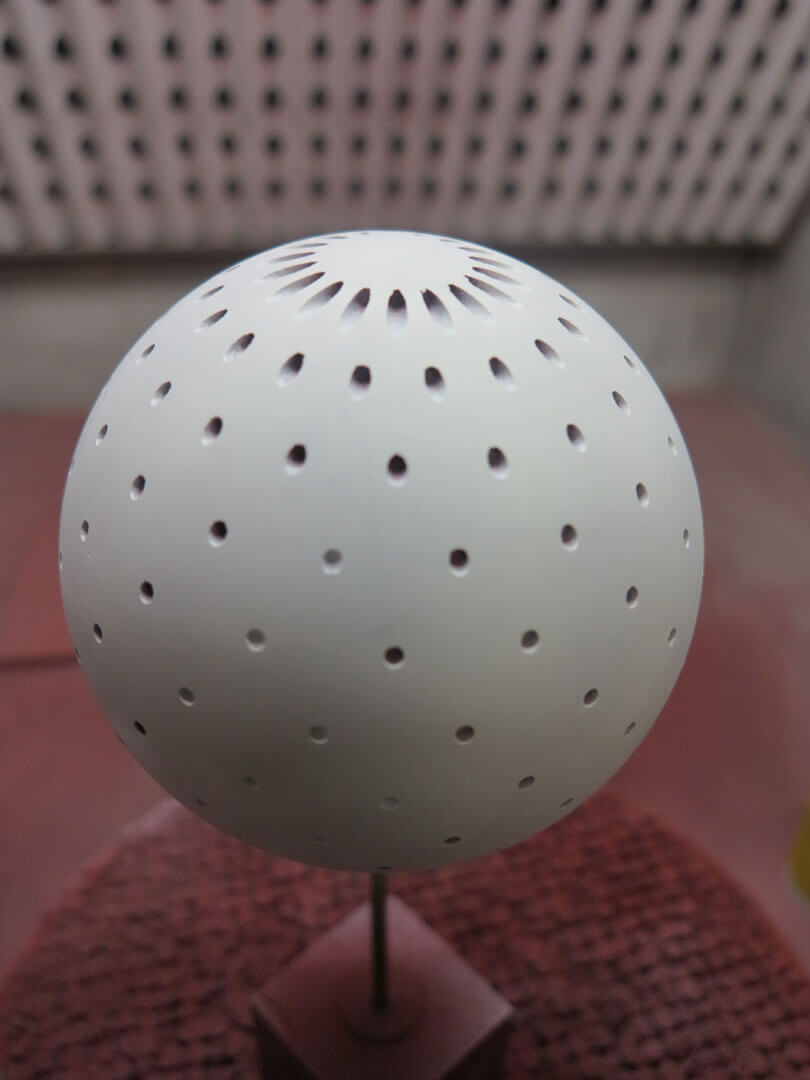 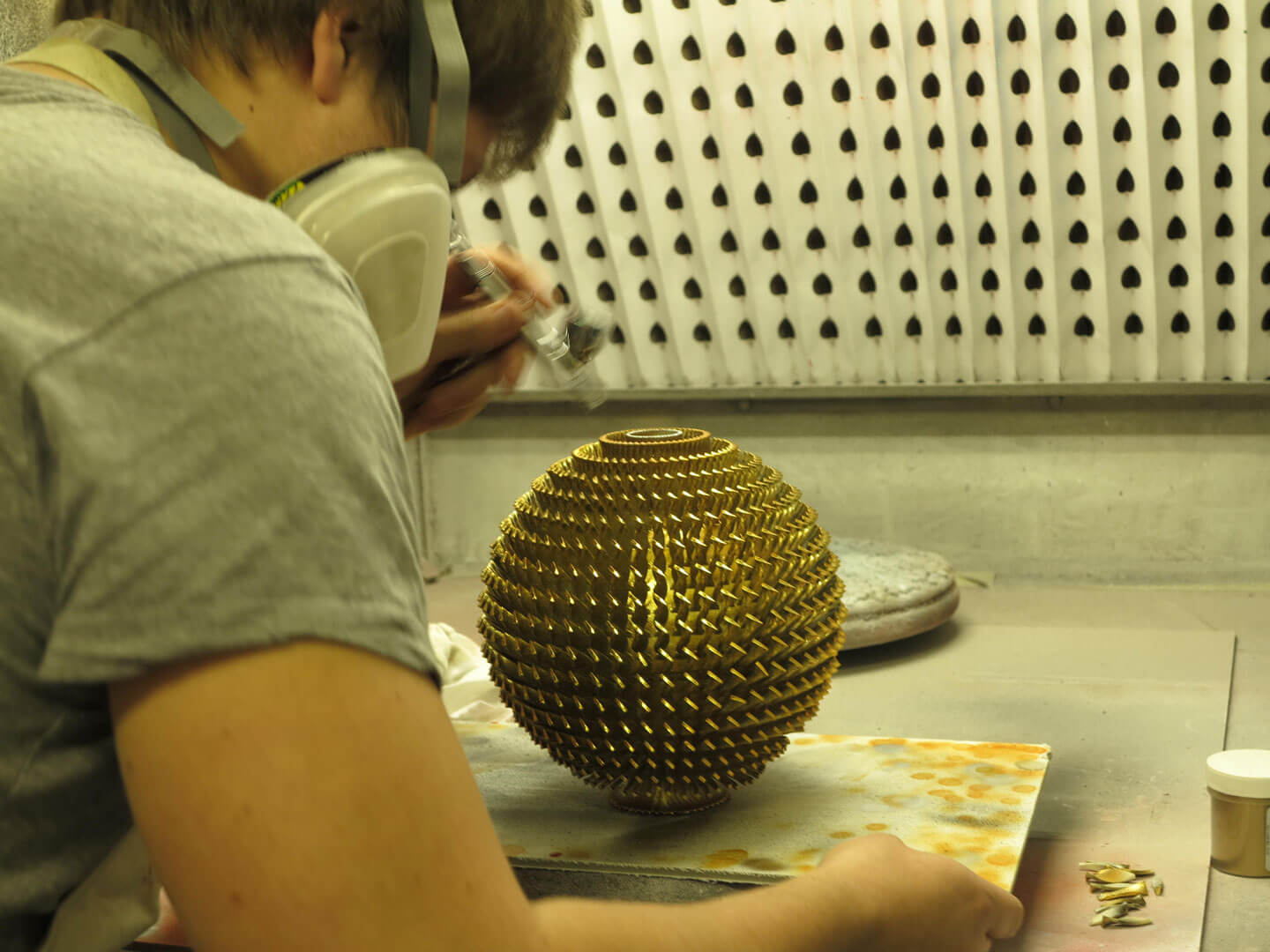 Squire and Partners has created artworks for Article 25′s 10×10 Drawing the City charity auction every year since its inception. Partner Tim Gledstone created the Burning Orb of London for the 2015 event, after being given The Monument as his inspiration. This contemporary geometric sculpture takes inspiration from London Bridge and The Great Fire of 1666, recognising their significance as instigators of London’s birth, death and resurrection.

The construction of London Bridge marked the embryonic beginning of the capital; hundreds of years later in the very same location The Great Fire of London destroyed large swathes of the city. The subsequent rebirth established new rules and great architectural opportunities which continue to shape the city today.

The much debated design solution for the summit of the Monument – to commemorate the Great Fire – are explored in this piece. Isolating the original burning sphere element, and using contemporary parametric modelling and crafting techniques, a new purified geometry has been created.

The final result comprises a burning orb sitting on top of a scorched oak base, encased in a traditional glass belljar. The flaming core is presented as an enduring symbol of London’s un-extinguishable spirit of reinvention.