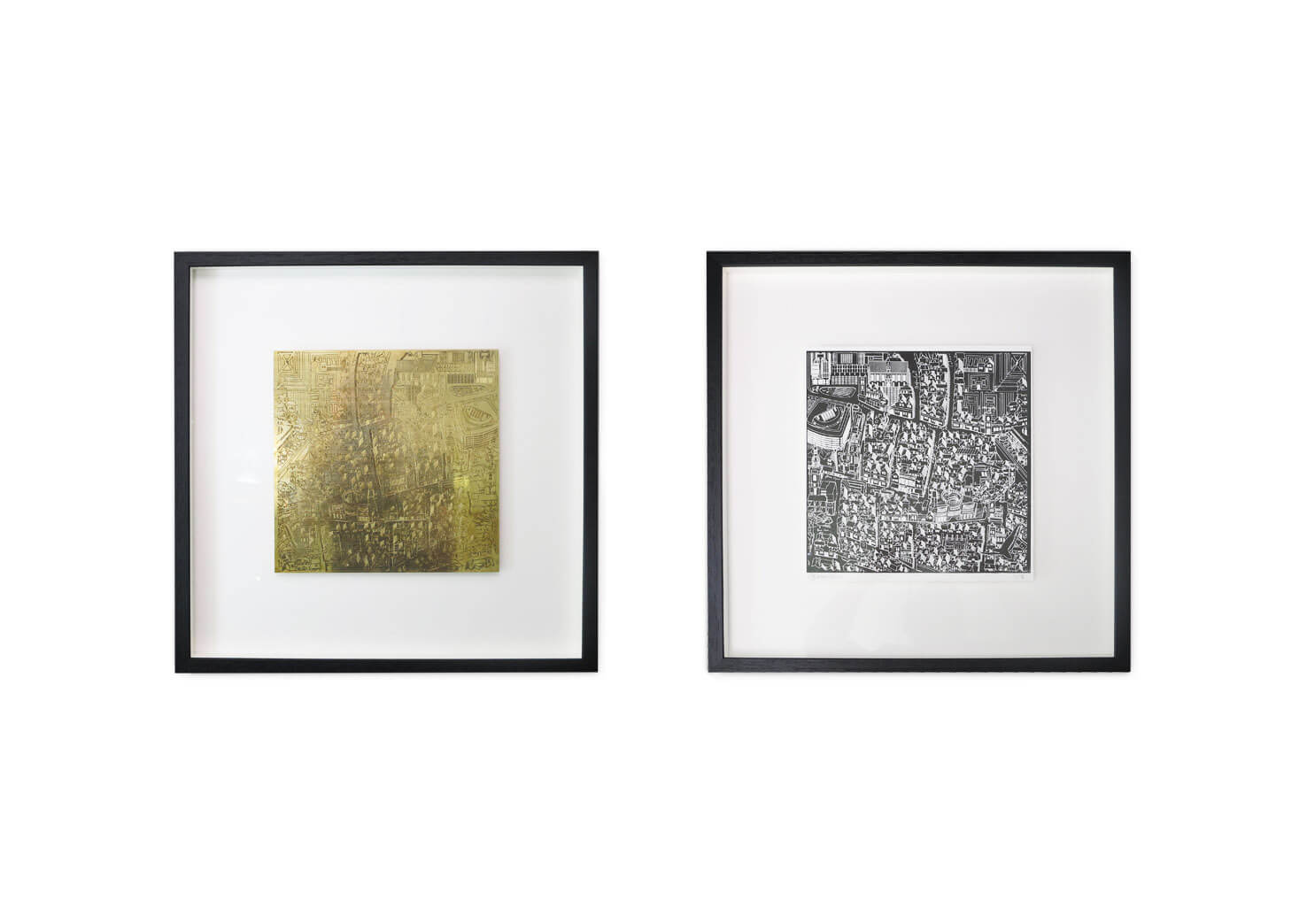 Squire and Partners has created artworks for Article 25′s 10×10 Drawing the City charity auction every year since its inception. In 2014 Tim Gledstone was inspired by the advent of copperplate printing in London. 1559 recreates and updates the print by Frans Franken of the centre of London, which is believed to be the oldest map of the city. The medieval map has a remarkable contemporary quality and monochromatic three dimensional style, with key landmarks being amplified.

The piece is centred around Guild Hall and Cheapside, celebrating the impact of the leading trade halls and market streets on the urban pattern today, with the majority of streets and alleys still in place and named after the products and trades they housed. Although these streets remain, the majority of the buildings have changed. 1559 revitalises the medieval style and technique of the original plate. Sifting through the layers of history a new plate is created to uncover the richness of this parcel of London

Although now nearly 500 years ago, the quality of streetscape, architecture, printing and graphical style have little changed despite enormous technical advances. 1559 celebrates an intriguing human comfort in this.